Indultilization: Childhood, Adulthood, and the Costs of Pandering Affirmation 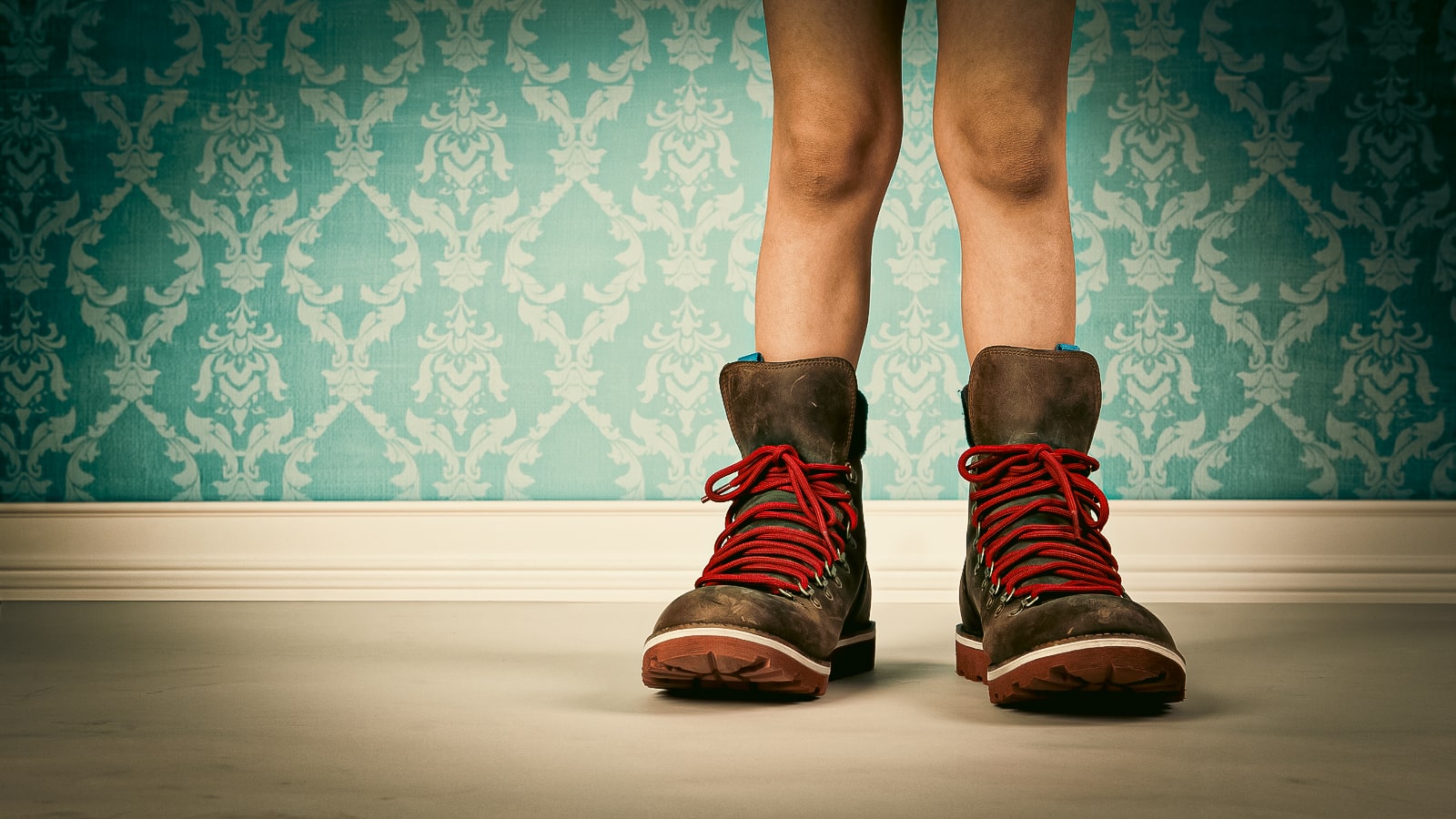 The social norms that coalesce around the concepts of childhood and adulthood have changed over time. For much of recorded history, children had comparatively little value in the eyes of adults. In preindustrial eras when families were much bigger than they are today, it was much harder for a family to procure sufficient resources to satisfy their needs. High rates of child mortality ensured that sometimes the sacrifices a family made on behalf of a particular child came to nothing. Everyone needed to contribute, and as soon as children were old enough to do so, they were put to labor in ways that would make people recoil today. Right up until the early twentieth century, it was not uncommon for boys in early adolescence to leave the family home to strike out on their own, nor was it unusual for their female counterparts to be married off to men who were many years their senior. We should not seek a return to the way that older cultures viewed children. But with this past in view, it is clear that the contemporary American view of children is a historical anomaly.

The social and technological changes of the last 70 years ensured that modern parents often valued their children to a degree that was less common in earlier eras. Birth control and feminist trends in culture deferred childbirth and reduced the size of American families. If the only children you have are children you planned to have, then they were less often viewed as a burden. Fewer children also meant that parents could devote more resources toward each child. Today, it rare that children go hungry, and it is less common that they share a bedroom with multiple siblings. Many American children of the late twentieth century had more toys than they could possibly play with. As childhood mortality in America dropped to historic lows, parents came to assume that all of their children would make it to adulthood. All of these trends worked towards a new valuation of the child, one signified by forms of protection and indulgence that would have been unusual in the recent past.

There were good things about the preindustrial view of childhood, and there are good things about the modern view. There are also bad things about both. But for all their pros and cons, each view was internally coherent. In other words, the assumptions about what a child was and how they were different from adults were clear and consistent within the confines of each particular era. But now, there are some indications that the modern view of childhood which held sway throughout the last century and the early part of this one is giving way to a new cultural conception of the child.

Like so much about our schizophrenic age, the new notion of childhood is distinctive because it is incoherent, unclear, and inconsistent. Postmodern America holds a view of the child that is internally contradictory. On the one hand, the ascendent view works to give children access to decisions and behaviors that have traditionally been reserved for adults, and exposes them to ideas, information, and content to which children would have been strictly denied access as recently as a few years ago. But on the other hand, young people nearing adulthood are increasingly treated like children: they are encouraged to delay milestones that mark personal maturity and independence, and they are insulated from minor risks in the same way that children used to be shielded from harm.

This phenomenon – in which young children are increasingly treated as adults, while young adults are increasingly treated as children – deserves a name. I propose indultilization, a neologism that combines three words: adulthood, infantilization, and indulgence. To infantilize someone is to treat them like a baby when they are not. “Adultilize” isn’t a word, but if it was, it would mean treating someone like an adult when they are not. Both of these things are now happening simultaneously, which muddies our shared conception of what adulthood and childhood mean. This incoherence is characteristic of our age, dissolving traditions and norms in a process that the cultural left celebrates as liberation. If there is any coherence to the modern attitudes when it comes to childhood and adulthood, it is that both the infantilization and adultilization are a means to indulge and flatter children and young adults. Indultilization is the term I give to a society’s constant indulgence of its young people (both children and young adults) through infantilization and adultilization.

First, let’s survey the recent trend of infantilization – treating young adults like they are children. Consider, for example, the passage of Obamacare, which extended the period under which “children” can be covered under their parents’ health insurance until the age of 26. Only fifty years ago, it was expected that children should be financially independent well before this age. One need only look at the number of people under 30 who live with their parents to see that there is a general failure of American young adults to launch their lives. Marriage and childbearing were much deferred by many Baby Boomers, but Millennials and Gen Z have taken it to new extremes.

And it isn’t only private contexts where the infantilization is on display. Public institutions do it. Colleges and universities used to be places to encounter ideas that might challenge one’s ideas and beliefs. Now, many professors offer “trigger warnings” to prepare twenty-year-olds for the psychological trauma of hearing someone voice an idea that they themselves may not hold. Cigarettes, which you used to be able to legally purchase at the age of 18 (when one was considered an “adult”), are now banned for anyone under 21. Now, the Biden administration is talking about canceling large portions of student loan debt – debt that these adults chose to take out, and explicitly committed to repaying. The assumption that a twenty-two-year-old cannot make an informed decision about borrowing money is a fundamental denial of their status as an adult. All of this infantilization is done to insulate young adults from the risks, costs, burdens, and obligations of adulthood. To shield people from harm in this way is to treat adults treat children. The state, the university, and the workplace come to perform the supporting role of mom or dad, which in turn encourages dependency and further delay of personal acceptance of the responsibilities of adulthood.

But even while we increasingly treat adults like children, we are also treating children like adults. When Florida Governor Ron DeSantis enacted rules that banned explicit instruction about sexual orientation and gender identity before the 4th grade, half of America was furious. In other words, a not-insubstantial portion of Americans – and almost all of our media – supports teaching this content to children who are between 3 and 8 years old. Similarly, as the nation faces the viral spread of rapid-onset gender dysphoria that is convincing early adolescents that they are something other than their “sex assigned at birth,” many parents – not to mention the medical industry at large – support interventions like hormonally-suppressing the further onset of puberty and giving girls “top surgery” (more precisely, a double mastectomy) in order to “affirm” their gender identification. These are irreversible medical decisions that will affect these children throughout their lives, procedures that often leave the patient unable to reproduce. These interventions are decidedly adult decisions that require a mature mind, but as a nation we blithely allow children to make them.

The field of medicine gives other examples of this trend. The number of children who have died from Covid-19 is minuscule, and when they contract the virus, symptoms are generally mild. The Covid-19 vaccine is essentially an experimental intervention. It went through abbreviated trials and was brought to market so rapidly that we are necessarily uncertain about whether it has any long-term risks. It uses mRNA technology, a type of vaccine that has been studied for over a decade, but which has only been approved for mass implementation as a response to Covid. As the pandemic continues, it is becoming increasingly clear that the vaccine does carry some health risks for a certain segment of the population. None of this has stopped the Food and Drug Administration from approving the vaccine to be used with children. First, they allowed it to be administered to children 12 and up. Now they have approved it for children 5 and up. And the CDC confirms that they are now doing clinical trials to seek approval for children 6 months and older.

The field of medicine isn’t the only place where children are imbued with a mental maturity they do not have. There is consistent clamoring from the left to lower the voting age to 16. As a college instructor, I can attest that a majority of my students don’t know how many U.S. Senators represent Texas (or any other state). The majority of Americans under 25 only possess a very fragmentary knowledge of the American tradition or model of government, and therefore, they are fundamentally unable to cast an informed vote. Nevertheless, the push to lower it endures, which implies that the advocates of such a policy really don’t think any knowledge is necessary to participate in democracy.

All of this leads to an apparent contradiction: our society works to ensure that children grow up as fast as possible, but then when they reach actual physical and mental maturity, we start treating them like we (used to) treat children. The only explanation for this lies in our culture’s affinity for “affirmation” and therapeutics. People don’t like being told no – this much is true of children and adults. They don’t like confronting personal failure or shortcomings. They want their desires satisfied and their beliefs flattered, and this is increasingly what we mean when we talk about “affirmation.” In the mainstream culture, the word affirmation is simply a way to make indulgence look principled. No child wants to hear that their school teachers will not use their “preferred pronouns,” or that their parents will not purchase them the new Grand Theft Auto game, or that they do not have the necessary knowledge and experience to have any meaningful preference for president. Similarly, no 24-year-old wants to hear that they have to move out of their parents’ house or that they must purchase their own health insurance, or that they aren’t qualified for college study.

The question of whether a particular individual is a child or an adult is immaterial because in our society, all desires must be indulged and all beliefs flattered. These indulgences and flatteries are what it means to “affirm,” and by the standards of modern liberalism, anything short of affirmation is tantamount to an attack on a person’s dignity and humanity. To live in a culture that can only affirm is to create people who are ill-equipped for reality. It should come as no surprise, then, that so many young American adults are sheltering-in-place, unable to initiate a life as a mature, independent person. Neither should it shock us that so many children are guiding themselves toward catastrophe, without the restrictive, loving care of the adults in their lives. Sadly, these trends will create much personal unhappiness and suffering for many. Slowly but surely, we are losing any consensus on how to treat children as children, even while we enabling adults to persist in immature behaviors long after the should be productive, responsible members of society. None of this bodes well for the future we will share.