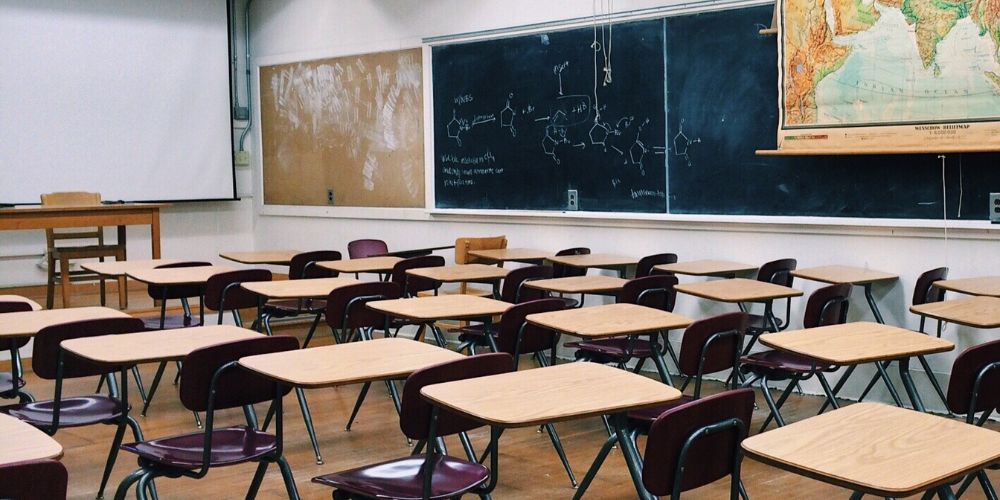 In a survey conducted by Chalkboard Review, it was revealed that a vast majority of midwestern teachers that are leaving their jobs are leaving because of pay, students’ behavior or progressive politics in the classroom rather than reasons like Covid-19 or school shootings, amongst other reasons.

Of those that included salary as a main reason for leaving their position, 319 teachers listed student behavior as their biggest reason to resign from their position, followed by 138 who said progressive political activity, and 134 who said that salary is insufficient.

356 of the 615 teachers that took the survey were a member of a teachers union in the previous year.

This survey comes hot on the heels of one commissioned by the American Federation of Teachers which found that voters in key battleground states are more likely to side with Republicans than Democrats in regards to who they trust more on education.

The survey revealed that Republicans have a slight majority of voters’ confidence in their ability to deal with education issues over Democrats, 39 to 38 percent, respectively.

The survey also found that a majority of voters, 59 percent, either somewhat or strongly disapproved of President Joe Biden’s job performance.

Speaking in regards to the ATF survey, Corey DeAngelis, senior fellow at American Federation for Children, told Fox News that "This was just an epic self-own for Randi Weingarten, her teachers' union's own poll tearing the narrative into shreds."

"It found that Republicans were winning on the issue of education and that Democrats were more likely to be viewed as over-politicizing the classroom, which is the complete opposite of what Randi Weingarten has been tweeting every single day."

"She's been blaming the Republicans, but her own poll found that the Democrats, if anything, were more responsible for over-politicizing the classroom. And since then, there's been another poll that just came out from the Democrats for education reform, also finding Republicans up on the issue of education by about three percentage points overall and by nine percentage points with parents.

"The GOP has a perfect opportunity here to become the parents' party. Hopefully, they don't screw it up and can learn from Glenn Youngkin in Virginia. He showed them the way to lean into parental rights. It's a political winner. And look, if you want a red wave, this is the way to do it," he said.