POSOBIEC: Mayorkas Is ‘Wrong.’ Our Borders Are Not Secure. 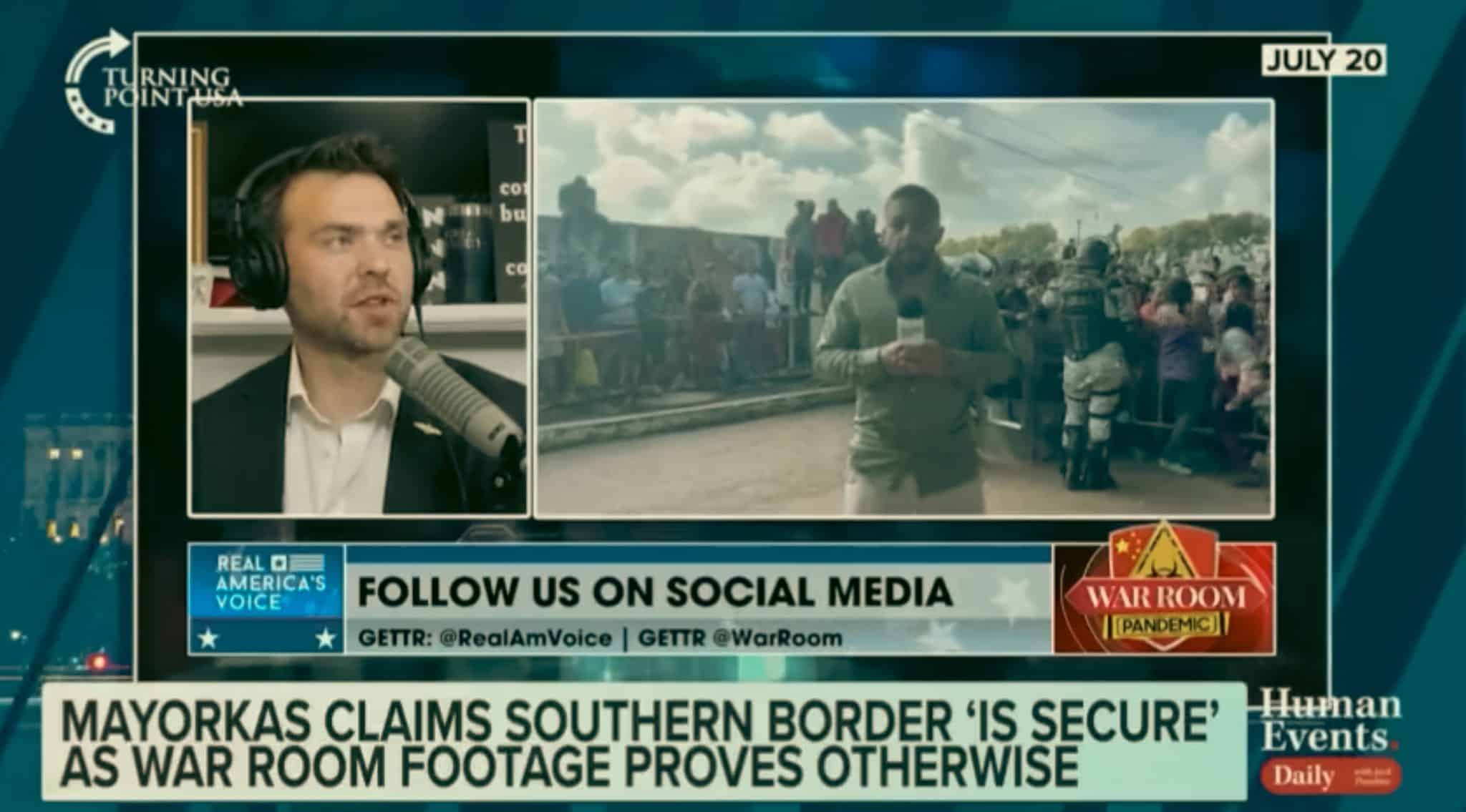 "Secretary Mayorkas, over at the Aspen Security Council that's being held right now," Posobiec said, "he's saying that our borders are secure. Well, I'm sorry, Secretary, but you're wrong."

Mayorkas in Aspen had said Tuesday "Look, the border is secure," when pressed on the issue.

Ahead of the show, Posibiec hosted a July 20 episode of War Room and spoke with correspondent Oscar Ramirez who was reporting from Tapachula, a city on Mexico's southern border with Guatemala. Ramirez was tracking caravans as they come up from Central America and eventually make their way in droves to America's border with Mexico.

As the two were speaking the Mexican National Guard was overrun by thousands of migrants in a moment Posobiec called "lightning in a bottle" to capture such an event happening in "real time."

"They're pushing, they're coming over the fence," Posobiec said to Ramirez as he watched families shove past men and barricades. Posobiec noted, "the National Guard is trying to confront the migrants, but they're not confronting, they're not stopping them."

Posobiec connected the dots and said, "these are the new waves that are coming now. It's Central Americans coming through Mexico and then eventually making their way to the US southern border."

Since President Biden took office his lax immigration enforcement has contributed to a humanitarian crisis on America's southern border. As illegal immigrants have poured into the country in record numbers, migrant-related crime has risen throughout communities.

In April, Mayorkas said, "We inherited a broken and dismantled system that is already under strain," and passed the buck back to previous administrations for the consequences of the Biden Administration's policies. Mayorkas then bragged, "we have effectively managed an unprecedented number of non-citizens seeking to enter the United States, and interdicted more drugs and disrupted more smuggling operations than ever before."

A few weeks after that interview the deadliest human smuggling incident in American history unfolded as 53 migrants were left to die by a meth-addled smuggler in San Antonio, Texas.

Under the Biden Administration, a record increase in fentanyl has been trafficked into the United States as well.

In early July, a week after the deadly and the end of Trump's remain in Mexico police, Mayorkas again defended the Biden Administration's policy.

illegal immigration, Border
208287
N/A by N/A is licensed under N/A