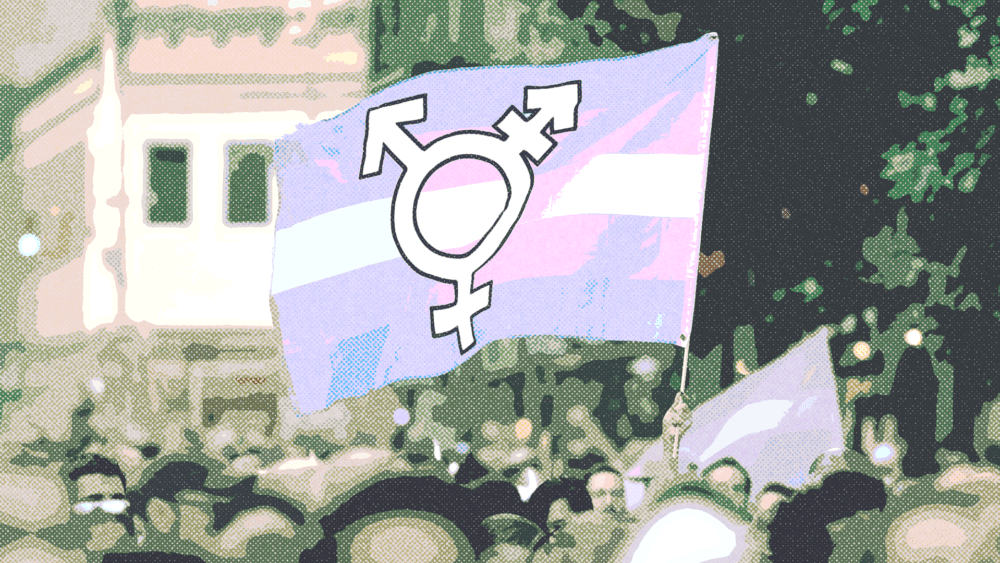 Although the effort to normalize the concept of young “transgender” children is well underway within almost all major media outlets, NBC News may so far be the most effective conduit for the indoctrination gobbled up by a certain subsect of the population, susceptible to the belief that children are somehow capable of choosing their own genders.

NBC News’ NBC Out section “showcases feature stories, original videos and other unique content about, and of interest to, the lesbian, gay, bisexual, transgender and queer community.”

The series included a feature celebrating the 11-year-old “trans youth activist” Kai Shappley who wants “to be everything.”

“At 11 years old, Shappley has already become a nationally recognized transgender advocate who aspires to be president and mom to 103 cats,” reports NBC.

"She first started learning about politics at age 5, when the Legislature in her home state of Texas tried to pass a bill that would have prevented her from using the girls’ bathroom because she’s transgender."

“'It’s sad that I had to start learning politics at such a young age, but I had to,' Kai told NBC News. The Texas Senate passed the 'bathroom bill,' but it later died in the House."

"Since then, Kai and her mom, Kimberly Shappley, have become nationally recognized activists. Kai has spoken at Pride rallies and news conferences and has traveled to Washington, D.C., to speak to members of Congress about the Equality Act, a bill that would provide the first federal nondiscrimination protections for LGBTQ people in housing, employment and many other areas of life. In January, she  was named a Time Kid of the Year finalist."

A follow-up piece about Shappley titled “Texas trans activist, 11, flees the state after years of advocacy,” explains sympathetically that her mother started planning the move last year, when the child testified against a bill that “would have made it a felony for doctors to provide trans minors with gender-affirming medical care.”

Featured alongside Shappley in NBC's "Pride" themed list was “Transgender teen Luc Esquivel,” celebrated by NBC because he “is suing Tennessee so he can play golf.”

“Luc Esquivel, a 14-year-old rising sophomore who lives in Knoxville, Tennessee, just wants to play golf, but he’s banned from competing on the boys’ golf team at his high school,” NBC reports of the female child.

“Esquivel said he knows he would enjoy competing on a team, because he competed on the girls’ golf team in middle school.”

And then there’s Cameron Samuels, “who uses gender-neutral pronouns.” The NBC headline says he “packed school board meetings to challenge book bans,” but the story itself begins with Samuel’s concerns about the school’s internet browsing filter, which blocks “them” from visiting sites like that of The Trevor Project. NBC describes The Trevor Project as “an LGBTQ youth suicide prevention and crisis intervention organization.”

All of these articles were authored by NBC Out’s Jo Yurcaba (who also, incidentally, goes by “they/them” pronouns). Yurcaba’s work has been featured in this series multiple times before, as “they” seem to have a monopoly on the production of transgender child propaganda at NBC.

An earlier piece in this series highlighted another article from Yurcaba, making the case that it was nothing more than a PR release for The Trevor Project–a child sex change advocacy group, which also happens to be funded by the creators of Lupron, a drug given as a “puberty blocker” to “transgender” children.

But perhaps the most revealing object of NBC’s series is not by Yurcaba, and incidentally not children, but this time about a college professor. Katelyn Cooper, NBC explains,  “is making biology education more inclusive for LGBTQ undergrads.”

Cooper, an Arizona State University School of Life Sciences Assistant Professor, “is conducting nationally-funded research” into how to make the subject of biology, in which she has a doctorate, more LGBTQ friendly.

Cooper and her team’s nationally-funded research culminated in a list of recommendations for biology educators. Notable selections include:

“Learn the specific vocabulary around the LGBTQ+ identity.”

Be careful about making jokes:

“Discuss the full range of gender and sexuality in biology class.”

To Tell The Truth: While America’s corporations spends the month of June performing their yearly rainbow-colored money grab, America’s news media does the dirty work, and they do it all year round. NBC’s list of "transgender" child heroes and the government-funded professors who make their internalized confusion possible is not an anomaly–but it is a perfect representation of the Mainstream Media’s commitment to pushing the public toward the rejection of biology and in the direction of child sex-change operations.

Transgender, To Tell the Truth, Children
207331
N/A by N/A is licensed under N/A