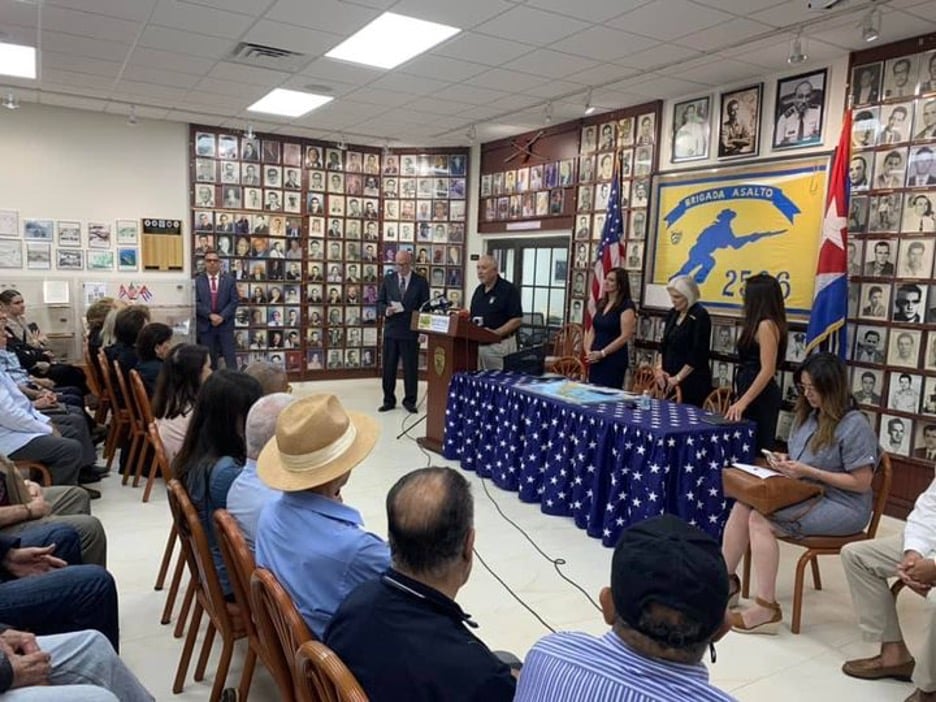 Univision recently sold 18 Spanish-speaking radio stations including 10 AMs and eight FMs in the largest Hispanic markets in the nation to the Latino Media Network, a new company, for a $60 million cash deal. This company was founded by two left-wing Democratic radicals, Stephanie Valencia and Jess Morales Rocketto, with the partial financial assistance of Lakestar Finance, which is connected to Soros Fund Management.

Valencia served as Deputy Chief of Staff to Secretary of Commerce Penny Pritzker in October 2013. Prior to joining the Commerce Department, Valencia served in the Barack Obama White House in the Office of Public Engagement for almost five years. Later she served as Special Assistant to the President and Principal Deputy Director, and she worked on President Obama's top priorities. Prior to joining the Obama administration, Ms. Valencia served on the Obama-Biden Presidential Transition Team and was the Deputy Latino Vote Director on the 2008 Obama campaign.

Rocketto served as Political Director of the National Domestic Workers Alliance (NDWA) and Executive Director of Care in Action. She has worked in political advocacy campaigns on behalf of domestic workers, economic justice, immigration reform, and sexual harassment.

Stephanie Valencia was born and raised in New Mexico.[/caption]

Morales, who serves as the Chair of Families Belong Together and We Belong Together, and together with her organization NDWA, has been campaigning for immigration reform. She is an alumna of Hillary for America, the AFL-CIO, Obama for America, the Democratic National Committee, Rebuild the Dream, and the New Organizing Institute.

Republican Florida Governor Ron De Santis’ reelection campaign denounced the efforts of radical billionaire George Soros to "manipulate" the midterm elections by helping the new left-wing Latino Media Network purchase two Miami radio stations. The DeSantis campaign released the following statement: "Governor Ron DeSantis is taking [on] Soros on his own turf with a Spanish language ad buy on the Soros network, serving as a PSA to Hispanic Floridians to warn of the pro-socialism, radical agenda behind The Latino Media Network."

On June 8, 2022, I attended a very important meeting in the Library Museum of the Bay of Pigs Veteran Association Assault Brigade 2506. The leader of the Assembly of Cuban Resistance Orlando Gutierrez Boronat called the meeting due to the immense concern over the sale of 18 Spanish Radio Stations across America to a group called Latino Media Network with the financial assistance of Lakestar Finance that is connected to the Soros Fund Management.

President of the Bay of Pigs Veterans Association Rafael Montalvo Gutierrez opened the meeting by requesting a minute of silence for the many patriots who have died fighting communists. He said that the Bay of Pigs veterans are opposed to the sale of the two stations in Miami. Orlando Gutierrez Boronat spoke explaining to the many reporters from television and radio and the participants how the meeting will be conducted in English and Spanish. Several elected and civic leaders spoke during the meeting. They were businesswoman Irina Vilarino, Lt. Governor of Florida Jeanette Nuñez, Mothers Against Repression of Cuba (Mar por Cuba) President Silvia Iriondo, Florida State Senator of District 37th Iliana García, Florida State Representative District 103, and the Mayor of Hialeah Steve Bovo.

In the above picture, I am with Lt. Governor of Florida Jeanette Nuñez who spoke very well at the meeting of her great concern, as well as Florida Governor Ron DeSantis, over the potential sale of two Spanish radio stations in Miami, Radio Mambí and WQBA to the left-wing Latino Media Network.

The Cuban American Lt. Governor Nuñez said that her father made her listen to these two stations when she was a little girl on the way to school. She said she did the same with her daughter. Thanks to these radio stations she found out what the Cuban regime was doing in the island.

Jeanette M. Nuñez was born and raised in Miami, Florida. She was elected as Florida’s first Hispanic woman Lieutenant Governor of Florida in 2018. She previously served as a State Representative of the Florida House of Representatives from 2010 to 2018 and was named Speaker Pro Tempore from 2016 to 2018.

Stations included in the deal are:

The left-wing radicals Rocketto and Valencia, who worked in the past with Barack Obama and Hillary Clinton, were given $60 million by Lakestar Finance. Included in the potential purchase were two anti-communist radio stations in Miami: Radio Mambí WAQI-AM 710 and Radio La Cubanísima WQBA-AM 1140. These two radio stations have been operating since the 1960s and are listened to in Cuba, the Caribbean, Florida, and many other states in the United States.

Rocketto and Valencia espouse a radical socialist woke political agenda. Patriotic Hispanics of all nationalities are extremely concerned and alarmed over the cancel culture and the silencing of the two radio stations in Miami that historically stood as voices for freedom in Cuba and other nations with bloody communist regimes like Venezuela and Nicaragua.

Hispanics are worried that these new Soros radio stations will impose a radical socialist agenda contrary to our South Florida community’s Judeo-Christian values. South Florida has tens of thousands of citizens who have lived and suffered under communist regimes in Latin America and other countries of the world like China, Russia, and Eastern European nations.

Patriotic and anti-communist Hispanics value freedom of speech, freedom of the press, and all the rights given to Americans by the Bill of Rights of the Constitution of this great nation, the United States of America. A nation that Hispanics love immensely and that many Hispanics and their children, and grandchildren have defended by serving in the Armed Forces of our beloved America and fighting in many wars.

The Bay of Pigs Veterans Association, the Cuban Patriotic Council and many organizations of the Cuban Americans, Venezuelan Americans, and Nicaraguan Americans are part of the Assembly of Cuban Resistance. This organization will stand united to defend and uphold the right of Hispanics to discuss the immense damage of done by communist tyrants everywhere in the world.

Hispanics will resist peacefully any attempt to censor our voices, using all the legal and legitimate means at their disposal including boycotts, general strikes, and peaceful protests. Patriotic Hispanics will not be censored! Cuban Americans, Venezuelan American, and Nicaraguan Americans will not be silenced! And Hispanics will pray to God for His assistance to prevent the United States of America becoming a communist totalitarian nation. Hispanics will continue to fight for the freedom of Cuba, Nicaragua, and Venezuela and any other nation that has a bloody and oppressive communist regime.