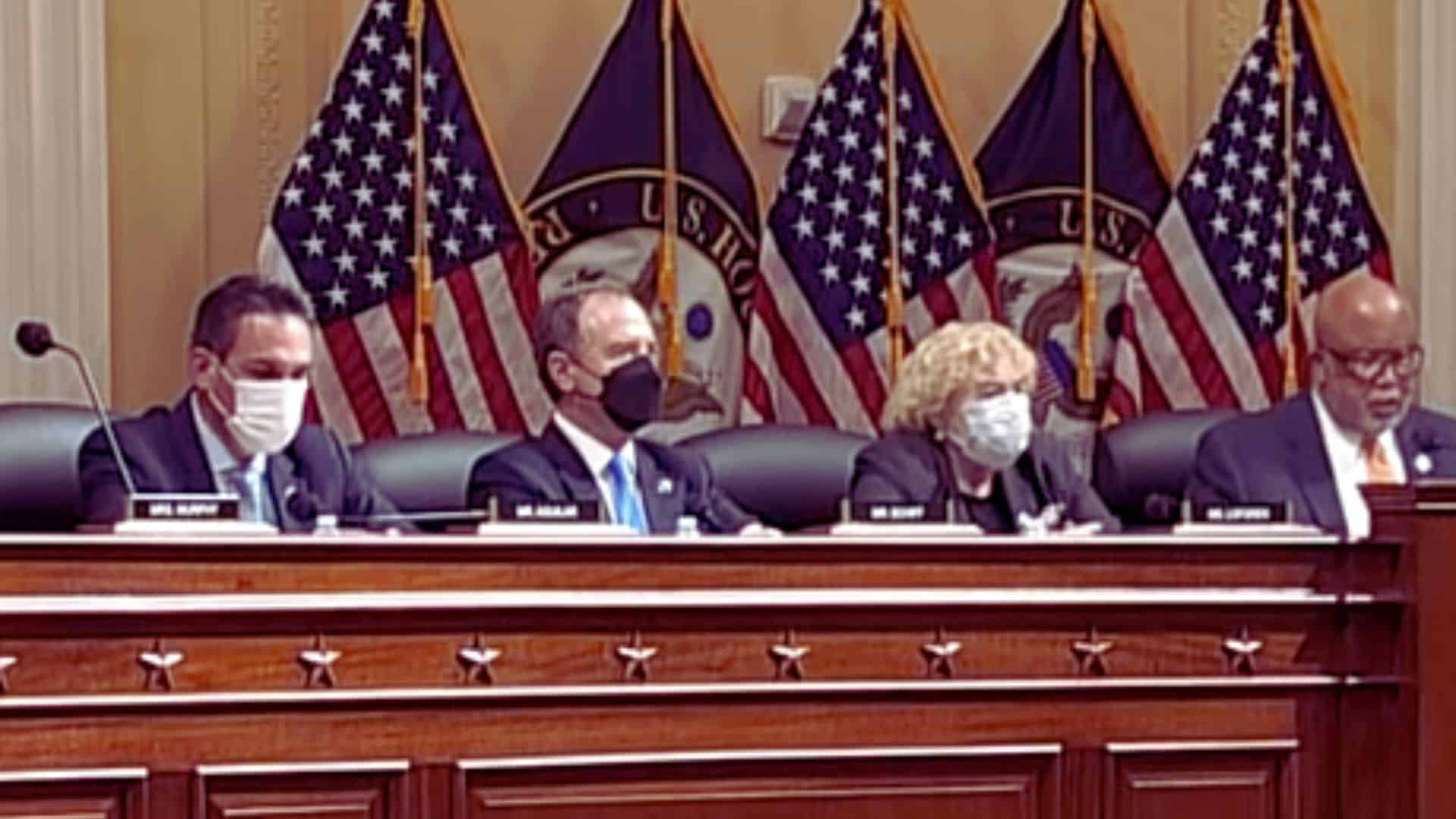 For months, Democrats have hoped – even out loud – that their planned Made for TV hearings on the riot at the Capitol on January 6, 2021 would be their political life raft. Drowning in a sea of sky-rocketing inflation, record-high gas prices, continuing supply chain problems, rising crime and violence in cities all across the country, war in Ukraine, a southern border overrun by illegals and a White House that appears completely lost, Democrats up and down the ballot are fearing a devastating red wave in November.

The January 6th show trials are the last chance to Democrats to change the national conversation and save their embattled majorities in the House and Senate.

Those hopes – no matter how cynical or how remote – came crashing down on the day before the hearings were set to begin. These hopes weren’t dashed by the efforts of President Trump or any Republican, indeed, in what may be the most delicious of ironies, this political Hail Mary fell flat as a result of left-wing inspired violence.

A California man in his mid-20s, carrying a gun, a knife and pepper spray, was arrested at 1:50 am on Wednesday and admitted to police that he was intending to break into the Maryland home of Supreme Court Justice Brett Kavanaugh and murder him.

The attempted murder of a Supreme Court justice comes after months of over-the-top and reckless rhetoric by left-wing politicians and activists.

“I want to tell you, Justice Kavanaugh and Justice Gorsuch, you have unleashed a whirlwind, and you will pay the price,” Schumer said as the judges hear opening arguments on the case Wednesday. “You won’t know what hit you if you go forward with these awful decisions.”

The incendiary rhetoric from Schumer prompted an incredibly rare rebuke from the Chief Justice of the Supreme Court,

In a highly unusual written statement issued late Wednesday, Roberts said, "Statements of this sort from the highest levels of government are not only inappropriate, they are dangerous."

"All members of the Court will continue to do their job, without fear or favor, from whatever quarter," Roberts said.

It appears the Chief Justice Roberts was absolutely correct – not only was the left-wing rhetoric inappropriate it was also dangerous.

Senator Schumer was far from alone in this kind of rhetoric, Democratic politicians at every level have attacked the Court as “illegitimate” and even the White House pointedly refused to criticize protests occurring at the private homes of conservative Supreme Court justices.

Democrats will now open their show trials, where they will attempt to convince the public that President Trump should be held responsible for the actions of a handful of his supporters, despite the fact Trump specifically called for folks to peacefully march to the Capitol, in the wake of violence inspired by their own rhetoric – rhetoric that almost led to the death of a Supreme Court Justice and potentially his family.

Nothing could have done more to undermine the Democrats show trial and their farcical “theory of the crime” on January 6th more than what happened today. Every single time a member of the January 6th committee pushes the idea that President Trump is somehow responsible for the violent behavior of some of his supporters Americans everywhere will wonder why that standard isn’t being applied to Chuck Schumer, President Biden and every single Democratic elected official that has employed incendiary rhetoric against the Supreme Court over the last few months.

The January 6th committee has never been about answering questions that linger from the events of that day. Indeed, most conservatives would have welcomed an investigation that asked what happened with the pipe bombs planted at the RNC and DNC that day? How many – if any – federal law enforcement informants were involved in the planning and execution of the storming of the Capitol? Why did Capitol Hill police open the doors to the Capitol and let protestors inside? Why was an unarmed Trump supporter shot in the face and killed by Capitol Police? Why weren’t efforts made in the run up to January 6th to make sure the Capitol was secure?

The January 6th committee has ignored every one of those questions, instead preferring to turn their “investigation” into nothing more than a politically motivated show trial intended to destroy their partisan political enemies. Joseph Stalin would be proud.