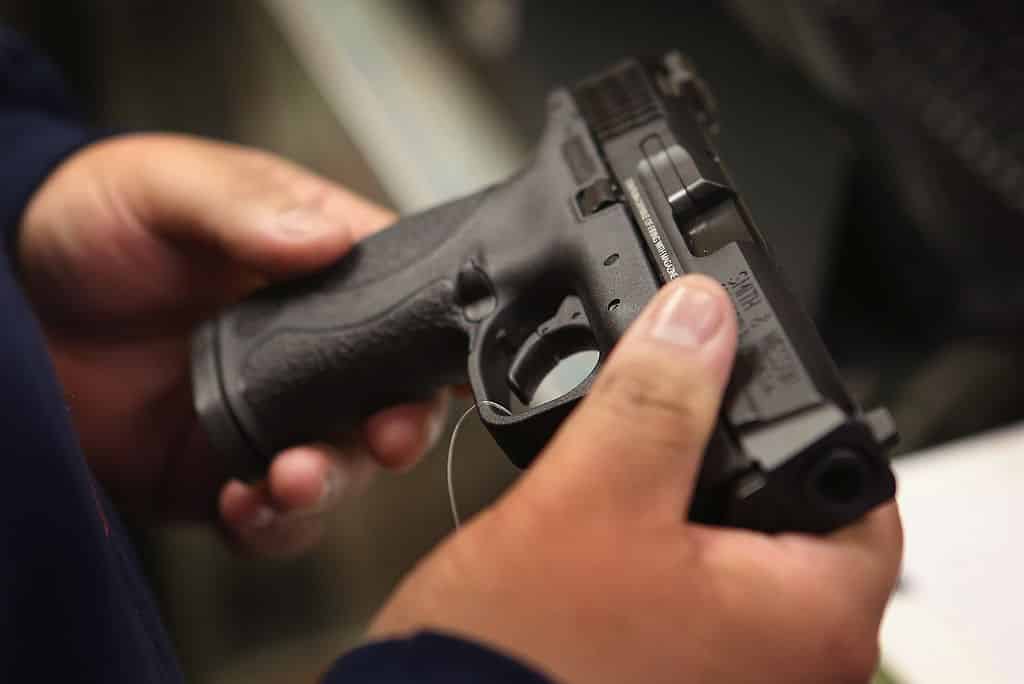 Democratic New York Gov. Kathy Hochul has indicated she will sign the package into law.

“We cannot be satisfied by New York’s already tough gun laws,” Hochul said, per Just the News. “Shooting after shooting makes it clear that they must be even stronger to keep New Yorkers safe…I look forward to signing these bills into law.”

The package, which passed along party lines in a 43 to 20 vote in the Senate and 102 to 47 in the Assembly, includes banning anyone under the age of 21 from purchasing or owning a semi-automatic rifle. It would also strengthen the state’s 2019 Red Flag law, which allows a court to prevent an individual determined to be a threat to themself or others from purchasing or possessing a firearm for up to one year.

Additionally, new guns must have microstamping technology that would allow law enforcement to more easily connect firearms to fired bullets.

The package would also require anyone trying to purchase a semi-automatic rifle to obtain a license, and make it illegal to buy or sell body vests to any non-law enforcement professional.