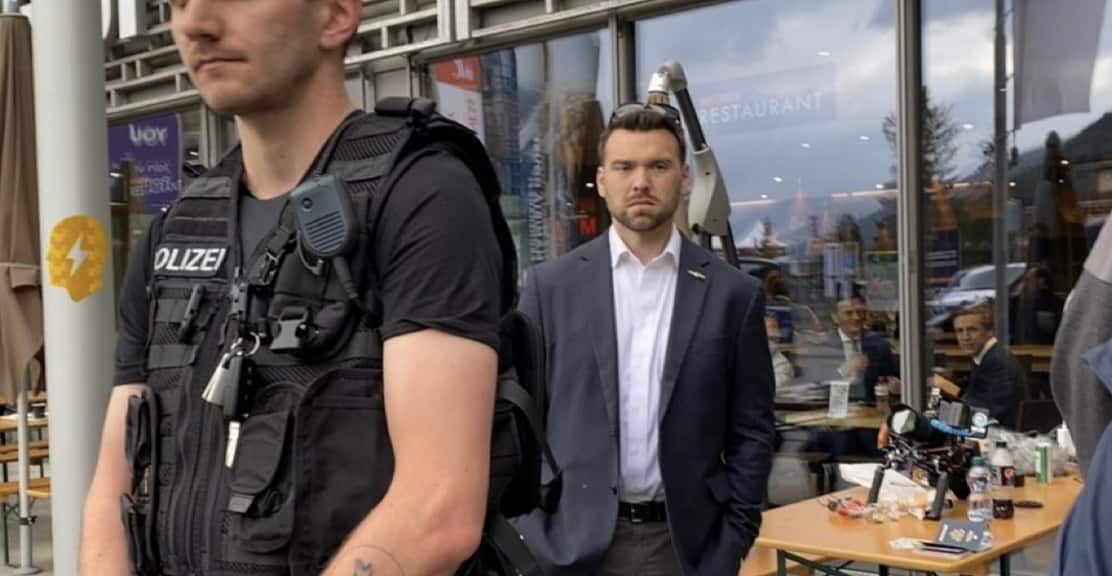 Police reportedly refused to tell Posobiec and his crew why they were being detained, though he later told The Post Millennial that he was told that they looked "suspicious" because they were filming at the entrance.

Posobiec says that he had shown police his passport and press badge an hour beforehand.

During an appearance on the Charlie Kirk Show, Posobiec said that he was asked by authorities who Turning Point USA was and why they were in Davos.

“Never once did they explain to us why we were targeted. I want to be clear on something, we had already given our name, our passport, and our press pass, about an hour prior," Posobiec said, adding that he believes that authorities had independently looked him and his team up after showing them their documents.

"We have the First Amendment within the United States of America, however, I am not in the confines of the United States of America right here. So, these police have the ability if they want to, to confiscate things from us... confiscate our cards, start deleting things, and before we can even get legal involved, they could have taken down all of the footage that we've already filmed today for this project... this docuseries to go along with the book that's coming out that's called 'The Great Global Reset,’” he said.

Posobiec and his crew were released after independent reporter Savanah Hernandez showed up and began filming about an hour into their detention.