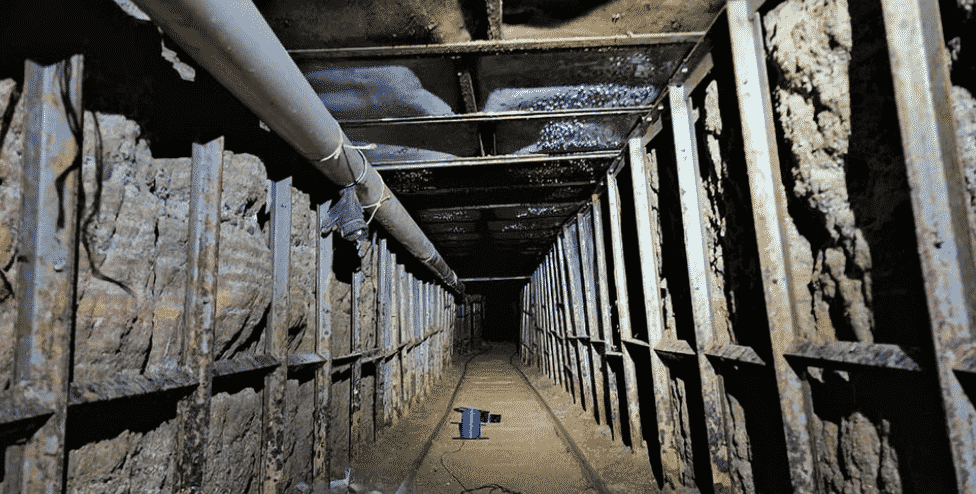 The tunnel, discovered last week, was the length of six football fields and connected Tijuana to a San Diego warehouse where 1,762 pounds of cocaine was found along with 164 pounds of meth and 3.5 pounds of heroin.

The 61-foot-deep tunnel was equipped with a ventilation system and reinforced walls, officials said Monday, per Just the News.

Authorities charged six people with cocaine trafficking, two of whom were also charged with meth and heroin trafficking.

Officers were led to the tunnel after they inspected vehicles they saw coming and ongoing from the warehouse and a nearby residence. Boxes of drugs were found during the vehicle inspections that ultimately led authorities to the tunnel.

"There is no more light at the end of this narco-tunnel," Randy Grossman, U.S. attorney for the Southern District of California, said.