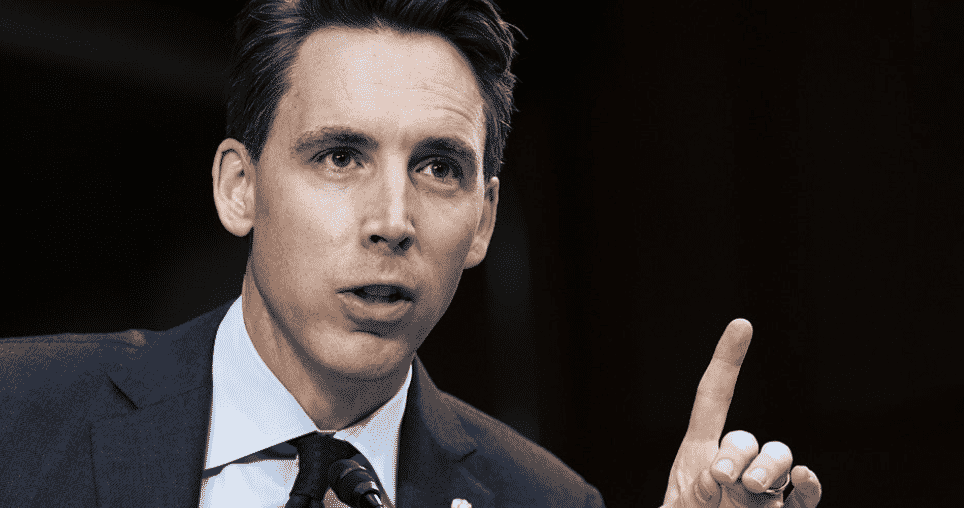 Missouri Sen. Josh Hawley is introducing a bill Wednesday to immediately dissolve the Department of Homeland Security’s “Disinformation Governance Board.”

Hawley’s legislation seeks to immediately dissolve the new board and would ensure that the DHS could never re-establish its attempt to monitor and censor the First Amendment rights of Americans, Fox News reports.

It would also bar Alejandro Mayorkas from authorizing similar activities elsewhere in the DHS.

Hawley’s legislation would also require Mayorkas to disclose all records pertaining to the formation of the board within 30 days of the legislation being enacted.

The records required in the disclosure include: "Written or recorded communications concerning the formation of the Board; the agenda or minutes from any meeting at which the Board's formation was discussed; any legal review to determine whether the activities of the Board would be authorized by the Constitution of the United States; any communications or records about the individuals who would be recruited to serve on the Board."

"Biden’s so-called Disinformation Board is unconstitutional and must be dissolved immediately," Hawley said in a statement to Fox News Digital. "This is nothing short of a censorship committee vested with the full powers of the federal government to monitor dissenting speech and opposing viewpoints under the guise of national security. The American people need a full accounting of who signed off on this Board and who approved such a radical, anti-free speech activist to lead it."