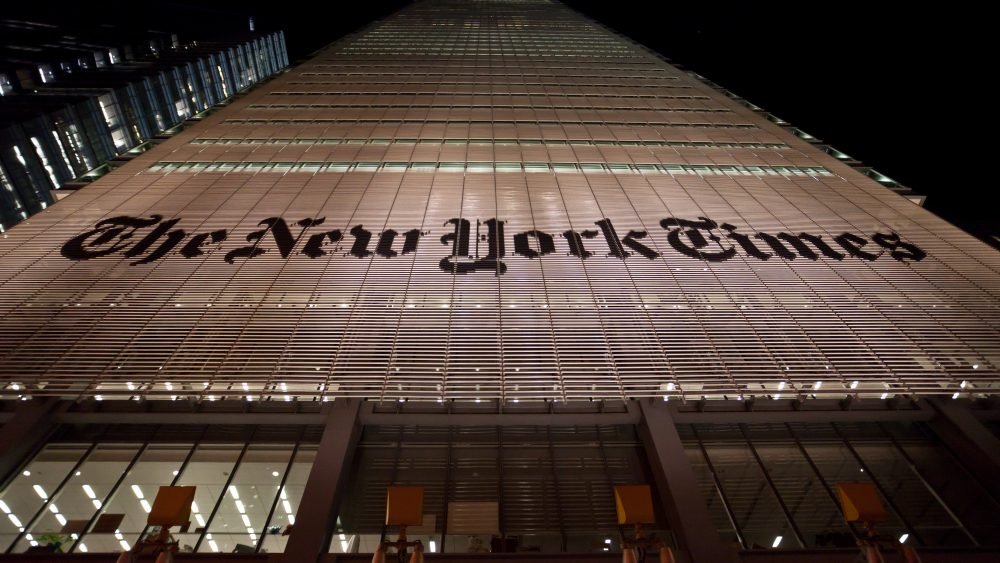 The New York Times is looking for a reporter whose sole job will be to target individuals and groups responsible for pushing “right-wing” “ideas” online.

A recent Times job listing asks for applicants to cover “personalities,” news outlets, and “online communities” of the “right-wing media ecosystem that now serves many conservative Americans who no longer rely on the mainstream media to inform themselves.”

Where a regular reporter might cover “subjects” or come prepared with a rolodex of “sources,” The Times notes in a telling choice of words that the ideal candidate for its new opening will already have a “robust list of reporting targets.”

Perhaps The Times simply hopes to publish more pieces like its recent feature on anti-Critical Race Theory warrior Christopher Rufo, who “fuels the right’s cultural fires (and spreads them to Florida).”

But the posted job description suggests that the outlet has a vision for its upcoming hire that falls more in line the genre of The Washington Post’s recent decision to dox a woman for the crime of successfully making the left look bad via an anonymous social media account.

The job was listed on The Times’ website over a month ago, but since then has been posted and re-posted elsewhere. The most recent LinkedIn listing notes that it was posted two weeks ago.

The job description suggests that this new NYT employee will be expected to surreptitiously infiltrate right-wing online and "extremist” communities — which of course, it bills as being one in the same — in order to act as a “listening post,” (yet another telling choice of words.)

“The ideal candidate is resourceful, persuasive and prepared to inhabit corners of the internet that popularize far-right or extremist ideas, providing our readers with a critical listening post on those ideas before they achieve wider circulation,” The Times advertises.

“We’re looking for a journalist who can successfully research and report on the people behind these ideas, shedding light on their motivations and sources of funding, mapping the connections and networks and analyzing how these ideas are being received and acted upon,” it continues.

The outlet notes that this “right-wing media” reporter should also be prepared to work with reporters who cover other beats, specifically “politics, disinformation, technology, religion,” and “national news.”

While experience covering “right-wing media, disinformation or political extremism” is preferable, at minimum a candidate must have “the backbone to withstand aggressive blowback” and “the ability to report accurately, critically and fairly on people with extremist views.”

To Tell the Truth: The contents of this job post are what the Mainstream Media Conglomerate is willing to publicize about its admitted, deliberate, and (perhaps poorly) calculated attempt to target individuals who choose to convene online and commit “wrong think” crimes.  The fleshed out, non-public-facing, version of their playbook for silencing dissidents is likely far-less palatable. But it reveals a loser’s brand of self-awareness, hiring a reporter specifically to sniff out and shame the sect of society that has pegged your own content as obsolete.