In Defense of Trump’s Endorsement of Dr. Oz 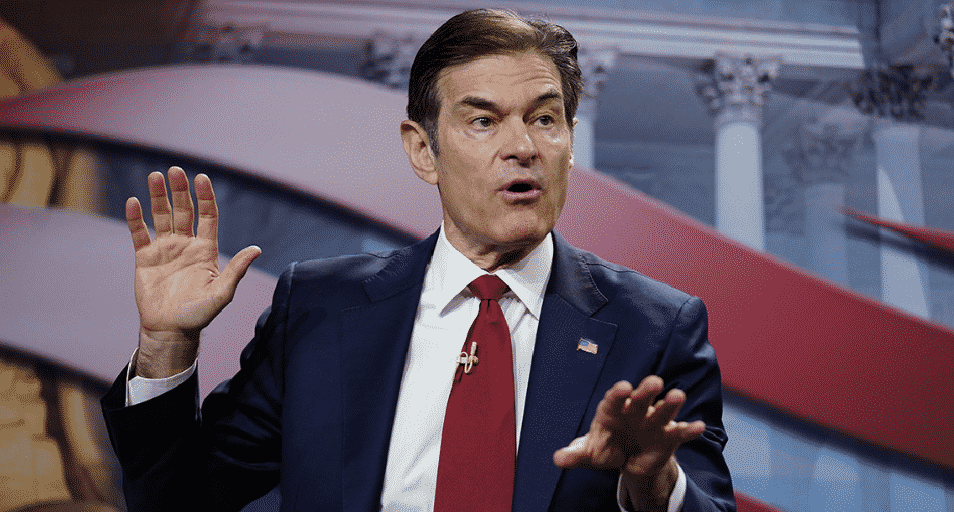 First, let me start by noting that President Trump doesn’t need me – or anyone else to defend his own personal pick in an election – at the end of the day, it is President Trump’s choice and no one else’s.

Second, let me make it clear that I am not on the payroll of any candidate in the Pennsylvania Senate race, nor am I affiliate with any super PAC or other outside interest group paying me for my opinion in this race. Unlike so many others who have lit themselves on fire on social media and on Fox News I have absolutely no financial stake in the outcome of this race.

By no means is all of the criticism of Dr. Oz simply cynical pay for play politics, much of it is legitimate and there are lots of people who I respect deeply who will disagree with me over this column and that’s fine. Unlike in the Democrat party we conservatives actually encourage debate and dissent – it’s part of what makes our movement strong.

Like many, I started this election cycle a skeptic of the candidacy of Dr. Mehmet Oz (R-PA). As badly as I want to keep this seat in Republican hands, the idea of a squishy Pat Toomey being replaced by an even squishier Republican made me incredibly uneasy.

As the race wore on, however, and the more and more I spoke to friends and colleagues in Pennsylvania, the more and more impressed I became with Dr. Oz. I know a ton of very hardcore pro-Trump Republicans who were won over by Dr. Oz – and every single person I spoke to who had met Oz came away impressed with him.

The more I heard, the more I saw, the more I became convinced that Dr. Oz would be a consistent voice for America First policies and then President Trump himself weighed in and enthusiastically endorsed Dr. Oz for Senate.

The criticism of Oz’s candidacy has been almost 100% focused on whether or not Oz is sufficiently conservative on abortion, on guns and on cultural issues in general. Critics point to things Dr. Oz said during the long run of his show and on segments his show ran. This criticism is legitimate, but it is worth pointing out that this is the exactly same criticism that was levied at candidate Trump in 2015.

How did that turn out? Well it turned out that Trump the pop culture icon and Trump the political leader were two very different people. Not only did Trump govern as a pro-life President, Trump was arguably the most pro-life president of my lifetime. Not only did Trump run promising to protect our 2nd Amendment rights, Trump was willing to stand up for the 2nd amendment in some of the most difficult political moments for gun rights advocates. Not only was Trump a warrior in the culture wars – Trump became the single most important, most powerful and most committed voice to preserving traditional American culture and values.

Everything they said about Trump had been wrong – and terribly wrong at that.

I suspect that President Trump sees more than just a little bit of himself and his political journey when it comes to Dr. Oz and his run for Senate.

Like Trump, Dr. Oz is an outsider and a businessman. Oz is someone who hasn’t been a part of our desperately broken political system, he hasn’t spent decades in government trading influence and favors for dollars.

The conservative establishment was desperately wrong about Trump and it’s clear that President Trump himself believes they are very wrong about Dr. Oz.

Finally – and maybe most importantly – this race is a binary choice. While there are other candidates on the ballot, every single opinion poll makes it clear that this is a 2-man race between Dr. Oz and David McCormick.

McCormick is no America First populist, McCormick is a hedge fund millionaire who made his money helping to hollow out the American middle class and ship jobs overseas. McCormick, a Bush era Republican, who was no friend to President Trump in the past, is hardly the type of candidate who can credibly claim that he is somehow more America First than Trump’s own endorsed candidate Dr. Oz.

At the end of the day, I will enthusiastically support whoever wins the GOP nomination for Senate in Pennsylvania – as I hope ALL conservatives will – but when it comes to which candidate I think will best fight for President Trump’s policies in Washington, DC, I trust President Trump himself.