The Scandal of Lent in an Era of Self-Justification 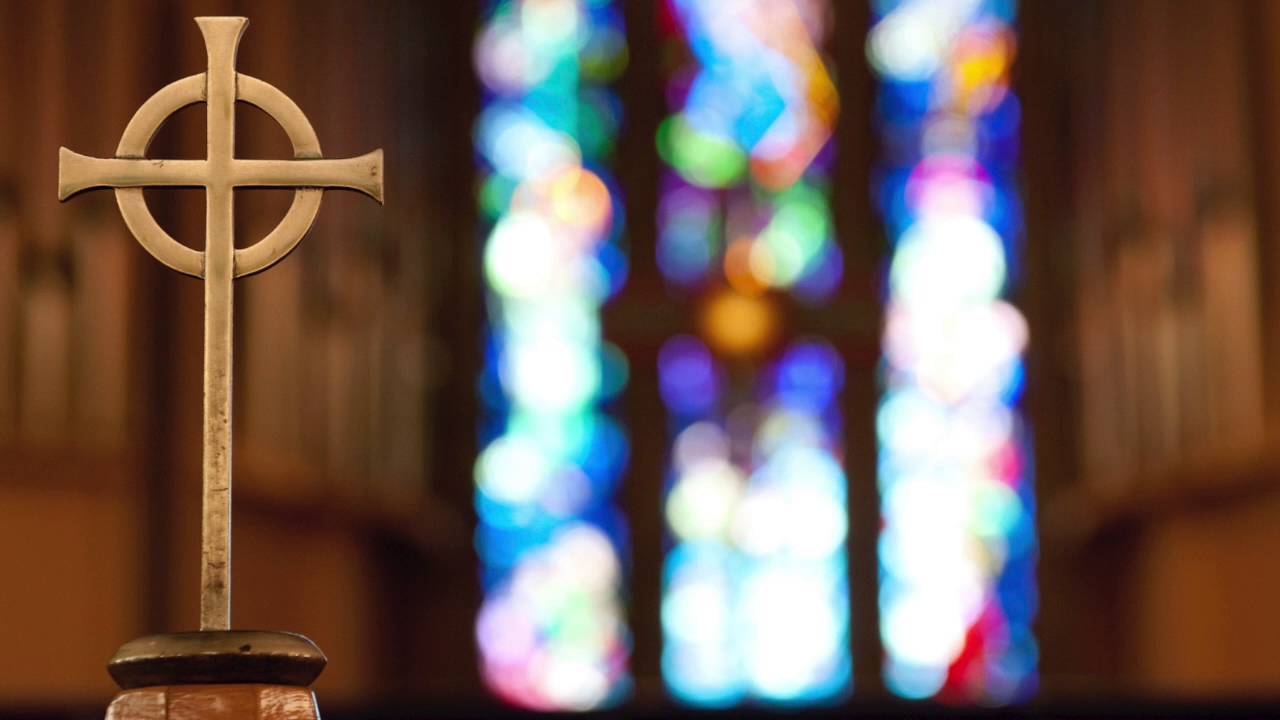 Lent is an annual period of a little more than a month that precedes Easter on the Christian calendar. Easter, of course, is the celebration of the resurrection of Jesus Christ. Lent represents a spiritual preparation for that celebration: it is a period of personal repentance. The fact that these details must be clarified for some readers is one more indicator of the rapid secularization of American society. There was a time only a few decades ago when the average citizen could be assumed to know these things. Today, one can’t be too sure.

Not only has the number of Americans who identify as Christians decreased dramatically in recent years – many of those who still profess the faith no longer participate in any personal observance of Lent. Instead, they wait for Easter, when they might pop up at church for the Easter egg hunt after the kids have found their baskets at home. The fading of Lent as a feature of public life in America is regrettable. But it is not a surprise: no other Christian tradition is so diametrically opposed to the dominant values and assumptions of contemporary American zeitgeist.

As noted above, Lent is a penitential time. It is a time for reflection and repentance. The idea of repentance lies at the very heart of Christianity, but the English word repentance is a poor translation of an unusual Greek word that was used again and again in the early manuscripts of the New Testament. That word is metanoia. (Readers can find my recent book tracing the history of the concept here). Taken literally, metanoia means “afterthought.” In the Greek manuscripts of the gospels, John the Baptist doesn’t call his followers to “repentance” – he calls them to metanoia (Lk. 3:8). Jesus does the same (e.g. Mt. 4:17), as does Paul (Acts 20:21). But what does this mean? This is not an easy question to answer. Taking into account the various contexts and references to metanoia in the scriptures, it entails a remembrance and regretting of past sin (afterthought), followed by a decision to be “born again” as a different person – one whose essence is defined against the old self who rebelled against God. Metanoia, then, is a change of identity, a kind of personal transformation that serves as the historical exemplar of what Christian conversion involves.

How did we inherit “repentance” instead of metanoia? Part of the confusion results from the fact that there was no obvious word to signify metanoia when the scriptures were being translated from Greek to Latin. Most translations used the term paenitentia, which (translated into English) gives us words like “repentance” and “penitence.” The problem with these translations is that they don’t convey what was perhaps the key feature of metanoia. Repentance adequately captures the backward-looking, regretful relation to sin, the self’s rejection of itself – but it excludes the transformational dynamic of this rejection as a catalyst for personal renewal and rebirth. These ambiguities underscore why observance of Lent is so anathema to the modern milieu of Western culture.

The idea of repentance is a scandal to our society, largely because the concept of sin is a scandal. To acknowledge the reality of sin is to concede that there is a universal moral code, one imposed from “outside” of ourselves and our cultural values, to which each of us is bound. The subjectivist bent of our public discourse on ethics – which insists that the definitions of right, wrong, good, and evil can only be determined from an individual (and thus, “biased”) perspective – is evident to all. Modern westerners want to believe that all people are essentially good – that everyone is “doing their best” to live in the right way. What this means is that personal wrongdoing is always excused on the basis of good intentions. “After all,” the thinking goes, “no one would consciously want to do evil.” And thus, the idea of sin is nullified. Not only are moral dictates from authorities “outside” the self-deemed invalid, but even the wrongs for which an individual does feel regret or guilt are chalked up as mere mistakes and miscalculations – a misreading of one’s own internal moral compass, as it were. These slip-ups require no special forgiveness or expiation, and therefore, any procedure of “repentance” appears to be purposeless. All you can do is to avoid the same mistakes in the future.

On social media, it is not uncommon for young women to say something to the effect of “I have no regrets because all my mistakes have made me who I am today.” In such statements, we can glimpse the contradictory outlook that defines modern selfhood. The claim acknowledges that any backward-looking assessment of one’s own life may turn up moral failures, but it also explicitly rejects any regret pertaining to these errors (regret being a critical component of repentance). The basis on which the uselessness of regret is determined is telling: the regret is useless because the individual’s current identity is perfect and inviolable. Given that the formation of this perfect self was, in part, an effect of earlier moral lapses, it makes no sense to repent of them. The moral perfection of the self is also hinted at in common credos like “you do you” and “love yourself,” or the imperative that you must “live your best life.” All of them reject the need to apologize for any deviation from an external moral code: the self and its desires are sovereign.

The cumulative implication of these sentiments – that sin doesn’t exist because morality cannot be imposed from outside the self, that personal wrongdoing merely amounts to “mistakes,” and that the current self is a complete, perfect product of one’s own autonomous will – defines a culture where self-justification and self-affirmation become something like secular sacraments. Obviously, Lent (a ritual of accepting one’s own guilt and recognizing a need for forgiveness which can only be granted by grace from “outside” the self) flies in the face of such solipsism. It is no wonder, then, why our culture has very little patience for Lent: it has no time for repentance.

So much for “repentance.” What about metanoia? The older notion of the Christian conversion as personal transformation?  If anything, metanoia represents an even greater offense to the modern zeitgeist than repentance. Repentance merely asks the individual to recognize that they have done some wrong that it would have been better not to commit. Metanoia goes much further: it insists that one recognize that those wrongdoings aren’t merely the “slip-ups” of an essentially good person.

On the contrary, the metanoic imperative to which we are called by the Lenten season demands an admission that those sins are the evidence of a deeper corruption that inheres in one’s very being. This awareness that the self is fundamentally inadequate from a moral standpoint looms in sharp contrast to the ideology of a society that insists upon the unequivocal celebration, affirmation, and satisfaction of the self. Metanoia calls us away from a therapeutic emphasis on “wellness” and “self-care”: “there is no health in us.” Instead, it reminds us of harsh and painful truths: that the self is wholly incapable of justifying itself, that the only available means of forgiveness is an unconditional rejection of the self by the self, and that this forgiveness ultimately comes from a higher power than the self – a power that exists above and beyond the self, and to which the self is accountable.

For all these reasons, the scandal of Lent from the modern perspective is obvious. The season of metanoia amplifies our desires to be reconciled with God, but this can only be achieved when the individual is reconciled to the legitimacy of the moral dictates from a Creator who embodies perfect holiness. From a metanoic orientation, the work of Lent is nothing less than an effort at being reborn as a new person. Of course, because we cannot escape our sinful nature through our own efforts, even a “successful” rebirth will fall short of moral purity. Rather, our “rebirth” consists in the recognition that while our sin will always be with us, our hope – hope of salvation, hope of justification – is bound to the sacrificial work of a perfect Savior who died on the cross and was resurrected three days later in an archetypal rebirth that echoes through the ages. His rebirth is a prefiguration of the perfect rebirth that awaits all the faithful, when having been washed by His blood, we will enter the kingdom forever.

Because a modern people who insist upon their own divinity and self-sufficiency must see Lent as a scandal, the people who repent their sins and await salvation from a holy God will also be viewed as such. But it is this difference – our knowledge that we cannot save ourselves but that we will yet be saved by grace – that set us apart from the world. We are the salt of the Earth. In this world we will have suffering. This suffering, too, is a product of our own sin. But in the Easter celebration, we celebrate the promises made to us, not only of our own salvation and metanoic rebirth, but of the final annihilation of sin and the wiping away of every tear for eternity. Lent is a penitential preparation for this joy.

Adam Ellwanger is a professor of English at the University of Houston – Downtown, where he teaches courses in rhetoric and writing. His recent book, Metanoia: Rhetoric, Authenticity, and the Transformation of the Self, will be newly available in paperback this April. Reach him on Twitter at @DoctorEllwanger or email at adamellwanger@gmail.com.