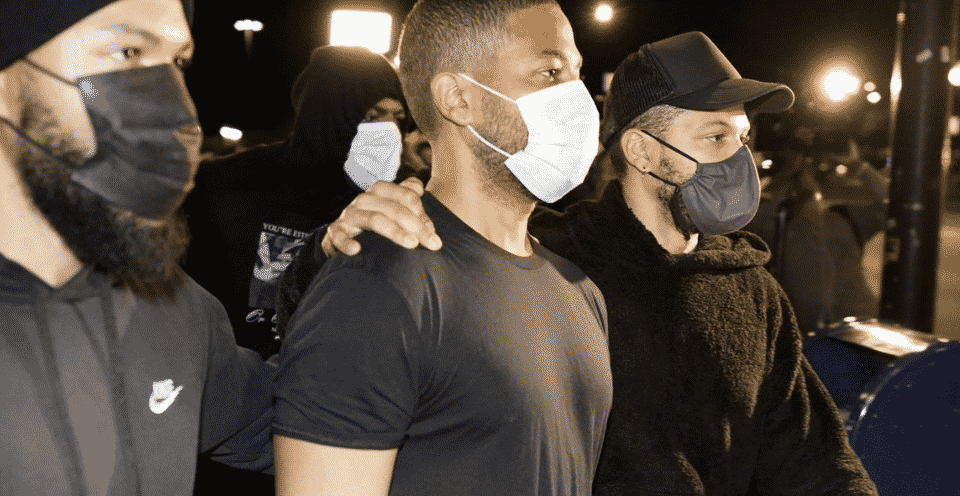 On March 10th, former “Empire” star Jussie Smollett was sentenced to 150 days in jail for staging a fake hate crime against himself. In sentencing Smollett, the Judge labeled Smollett a “narcissistic charlatan” who staged the fake hate crime “to grab the limelight while the nation struggled with wrenching issues of racial injustice.”

After serving just 6 days of this 150 day sentence, Jussie Smollett – a convicted felon who was willing to risk sparking race riots with his hate crime hoax – walked out of prison, after an Illinois appellate court ordered Smollett released while his legal teams appeals his conviction. Smollett is now free to not only leave prison, he is free to leave the state without condition.

Smollett’s treatment is a far cry from the treatment of J6 protestors. Julie Kelly, who has done much to expose the persecution of J6 participants, wrote recently of Guy Reffitt. Reffitt, who was held without trial for more than 14 months, is,

“like dozens of Americans who protested the unlawful election of Joe Biden, isn’t in jail because he was convicted of a crime. Neither is Reffitt in jail because he has a criminal record—he does not—or a history of threatening his Bonham, Texas neighbors or community.

“Instead, Reffitt has languished behind bars for more than a year because Joe Biden’s Justice Department asked a federal judge to keep him detained awaiting trial for his participation in the Capitol protest on January 6, 2021. Since then, more than 100 Americans, including several accused of no violent crimes, have been incarcerated under pre-trial detention orders sought by Attorney General Merrick Garland.

“Constitutional rights such as the presumption of innocence, due process, the right to a speedy trial, and protection from cruel and unusual punishment have been stripped from January 6 defendants based on the Biden regime’s false premise that they are all “domestic terrorists” and “insurrectionists.” (None of the January 6 defendants has been charged with terrorism or insurrection.)”

Smollett, who staged a fake hate crime in the middle of a wave of nationwide violence relating to race relations, was willing to risk sparking race riots if it meant advancing his own career and fame. That same Smollett was never detained pretrial – like Guy Reffitt and so many J6 defendants – indeed, Smollett often “appeared” in court via Zoom from his home in Los Angeles. That same Smollett received a relatively light sentence, to be carried out in a minimum-security facility – and even then, a Judge ordered him released while his legal team appeals his sentence.

And it’s not just Smollett,

“prosecutors are dismissing cases against 2020 rioters, arguing for reduced jail sentences for convicted rioters, and charging police officers allegedly involved in civil rights violations during those riots while systematically rounding up hundreds of nonviolent Americans for any participation in the January 6 protest, denying bail to dozens of offenders, and exonerating at least one police officer clearly responsible for depriving a Trump supporter of not just her rights, but her life.”

Justice is supposed to be blind in this country, but it is increasingly clear that is simply not the case.

The same Trump-derangement system that has gripped the media, Hollywood and big tech has become pervasive in our justice system – particularly when it comes to the hyper-partisan Biden Justice Department.

Our criminal justice system is deeply broken and reforming it should be a top priority of any conservative running for any office in this country.