You’re Just Too Good To Be True 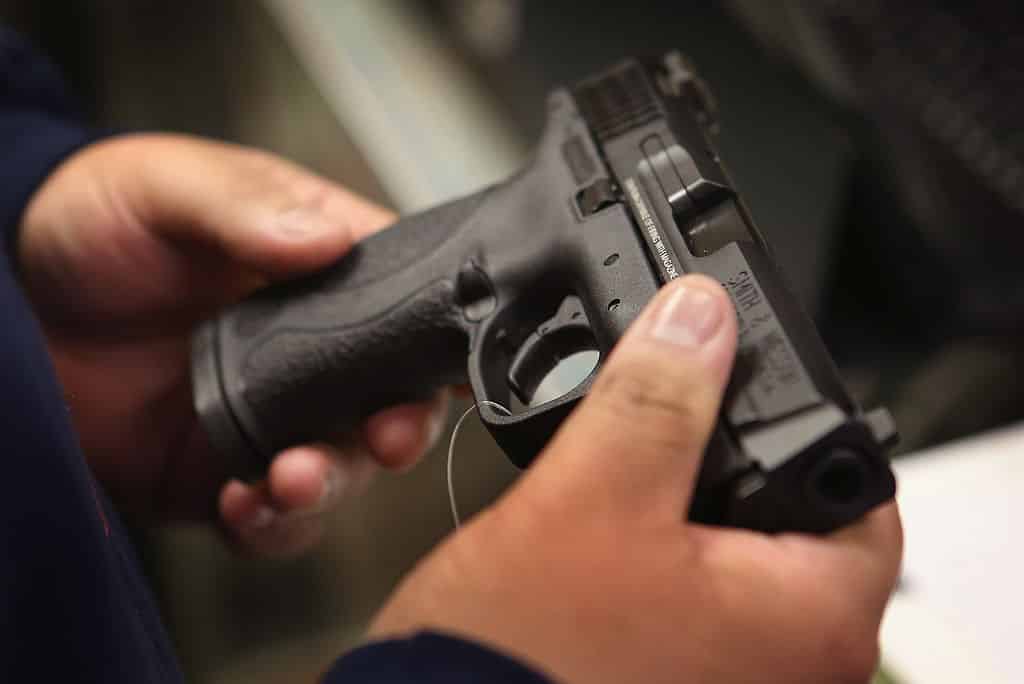 When I read the news release that San Jose, California, was getting close to adopting a first-in-the-nation law to address gun violence by requiring all gun owners to pay a fee and carry liability insurance, the first line of Franki Valli and The Four Seasons’ blockbuster recording hit “You’re Just Too Good To Be True” flooded into my aging brain. I read articles on the San Jose action and pondered the efficacy of the proposed legislation.

Under San Jose's proposed law, gun owners would be charged an annual $25 fee directed to a nonprofit set up to distribute funds to gun crime prevention and to victims of gun violence. The measure also would require gun owners to obtain liability insurance that would cover damage caused by their weapon. Those advancing the legislation assert that lower premiums for those with gun safes, trigger locks and who have completed gun safety classes are expected to incentivize safer behavior.

Mass shootings allegedly compelled Democratic Mayor Sam Liccardo and the San Jose city council to push the fee and insurance measures, comparing them to car insurance mandates. Liccardo credits car insurance mandates with dramatically reducing traffic fatalities. He offers no evidence to support this dubious assertion. Nor does he compare the types of persons who tend to buy car insurance with the types of persons who tend not to buy car insurance. Liccardo does not explain how the possession of insurance eliminates bad judgement, accidents and, for example, drunk and or drugged drivers. Also, at the risk of being a stickler, no constitutional amendment establishes the right to own or use a car; not a distinction that cannot, with some effort, be contextualized away, but a distinction nevertheless.

The article also asserts that “there is a direct correlation in states with weaker gun laws and higher rates of gun deaths, including homicides, suicides and accidental killings,” citing a study released by Everytown for Gun Safety. Make what you want of Mark Twain’s astute critique that there are lies, damn lies, and statistics, Everytown is known as a hyper gun control advocacy organization.

The alleged findings of Everytown’s study are perplexing. To the contrary, a study done by the Council on Criminal Justice (CCJ) found that “Homicides in 22 major American cities ticked up in 2021, with a 5% increase from 2020 and a 44% increase over 2019.” The study examined data from, among other cities, Detroit, Baltimore, Chicago, San Francisco and Washington, D.C. Some of the harshest and most restrictive gun laws in the nation are imposed within those cities. Think of Chicago, where gun violence has skyrocketed.

Only a thousandth of a second is required for any thinking person to identify several of the hundreds of rights or alleged rights taxpayers do subsidize, from transgender surgeries for prison inmates to hundreds of billions of dollars for health care to subsidized education, public housing, energy, and food. Perhaps Liccardo’s selective contempt for taxpayers subsidizing the consequences of some uses of firearms can initially be accepted as something rational because firearms are dangerous, but upon analysis, any rationale evaporates like smoke at a campfire.

The assertion that firearms insurance would reduce, significantly or otherwise, public financial expenditures resulting from gun violence seems apocryphal, if not thoroughly delusional. To advance his position, Liccardo employs the logical fallacy of ipse dixit, which is Latin for “he said it himself,” and means it is an assertion without proof or a dogmatic expression of opinion. The assertion fails to distinguish the impact such legislation would have on the populations that cause most of the gun violence and the millions of gun owners who cause no harm and inflict no economic costs upon society, but who would likely comply with an insurance mandate because they tend to obey the law.

How a $25 fee and insurance will incentive safe behavior is enigmatic. But if Liccardo is compelled to wax eloquently about the productive influential force of incentives, then, paraphrasing Michael Corleone talking to Moe Green in The Godfather about talking about business, then let’s talk about incentives. With the liability insurance and the distribution of the insurance proceeds, understand that the State will become a plaintiff in fact or in effect in every shooting instance. Talk about possessing incentives!

Creating the requisite complex legal structure to obtain, oversee and distribute funds will give incentives to every aspect of litigation that is drenched in moral hazards, and which are detrimental and, often, unethical in the litigation context. As is inherent with every plaintiff-defendant situation, the State wants money and gaining money involves all the distortions and plundering that pervades aspects of the legal system. Inflating billings, inflating costs, overstating the extent of injuries, incurring possible extra medical procedures, battling among expert witnesses will be incentivized.

Whether the lawyers are employed by the State or are from outside law firms is irrelevant. The lawyers and their experts will take their considerable cut as they, in effect, launder money to the State and its distribution agencies. Then arises the delicate issue of whether money is being distributed equitably, without discrimination or bias. Imagine even more tawdry billboard ads that afflict our highways hawking “Call me to find out what your shooting case is worth! No obligation!”

The most significant defect in the proposed legislation is seen in Liccardo’s assumed Utopian vision of criminal behavior. That criminals would buy insurance and that criminals would choose not to participate in armed robberies, gang violence, homicides, and drug deals because he, she or they lack mandated firearms insurance impresses me as fantastical. Of course, the people whose actions will inflict the greatest costs upon society from gun violence will never buy the insurance.

Not to belabor the obvious, but Liccardo and his colleagues know this. If I can figure this out, they and their researchers and consultants can figure it out. That their proposed legislation will fail to achieve their stated goals is irrelevant to them. They do not care. They have other goals. The primary goal is harassing and burying gun owners with regulations and laws and threats of prosecution. Responsible people are influenced by such political engineering. Criminals are not. Liccardo and his colleagues intend to inflict the death of lawful gun use and possession from a thousand cuts by making homeowners and other forms of self-defense less safe, more expensive, and more litigious.

Increasing the threats to the lives and safety of the ordinary law-abiding gun owner is the nihilistic Faustian bargain Liccardo and his ilk are willing to impose to advance a gun control ideology, despite knowing that the illegal use of firearms and that taxpayer costs from gun violence will be unaffected. Thus, regarding their legislators, gunowners must be vigilant, active, and heed the second line of the title song: “Can’t take my eyes off of you!”

Michael Sabbeth is the author of the new book, The Honorable Hunter: How To Honorably & Persuasively Defend & Promote Hunting. Please see: