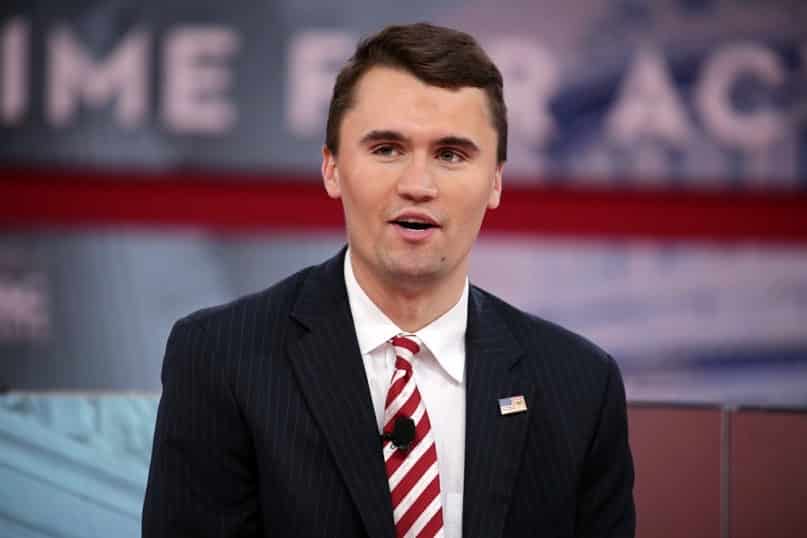 A hotel in Oregon cancelled its hosting of Charlie Kirk's Exposing Critical Racism Tour Wednesday after receiving alleged threats of violence from ANTIFA.

“After careful consideration, we have made the decision to not allow tonight’s event to proceed at our hotel. We apologize for the short notice, and are making this decision out of an abundance of caution for the safety and security of our staff and guests,” Vice President of Operations Terry Goldman said in the email.

“The event has garnered a great deal of attention from multiple organizations and we unfortunately do not have the level of staffing available to ensure a secure event,” the email continued.

This marks the fifth venue in Oregon to cancel over the last two weeks, as reported by the Post Millennial. Two churches, one event center and two hotels have cancelled the event.

Ironically enough, the threats of violence come as Kirk trends on Twitter for denouncing violence.

Indeed, at an event in Idaho, an audience member called for violence, which Kirk quickly shut down.

“Stop. Now, I’m going to denounce that and I’m going to tell you why, because you’re playing into all their plans and they’re trying to make you do this,” Kirk said. “They are trying to provoke you and everyone here. They are trying to make you do something that will be violent that will justify a takeover of your freedoms and liberties, the likes of which we have never seen. We are so close to have...momentum to be able to get this country back on a trajectory using the peaceful means that we have at us.”

“So to answer your question, and I just think it’s, you know, overly blunt,” he said, “we have to be the ones that do not play into the violent aims and ambitions of the other side.

“The video speaks for itself,” Turning Point USA spokesman Andrew Kolvet said. “Charlie immediately and unequivocally denounced any violence and pushed for peaceful means to engage politically as any political leader or activist on either side of the political spectrum should.”

“The irony is that as Charlie Kirk trends on Twitter for denouncing political violence, Antifa has been threatening violence against event staff at venues that attempt to host TPUSA’s campus tour stops,” Kolvet said. “5 different venues have now cancelled as a result of Antifa’s coordinated campaign of violent harassment, including the most recent cancellation on the day of the event in Eugene, Oregon. So while Democrats attempt to criminalize mainstream conservative ideas and personalities who denounce violence, they empower actual violent extremists in their midst by failing to renounce groups like Antifa.”

“The double standard is shameful and it’s tearing the country apart,” he continued.