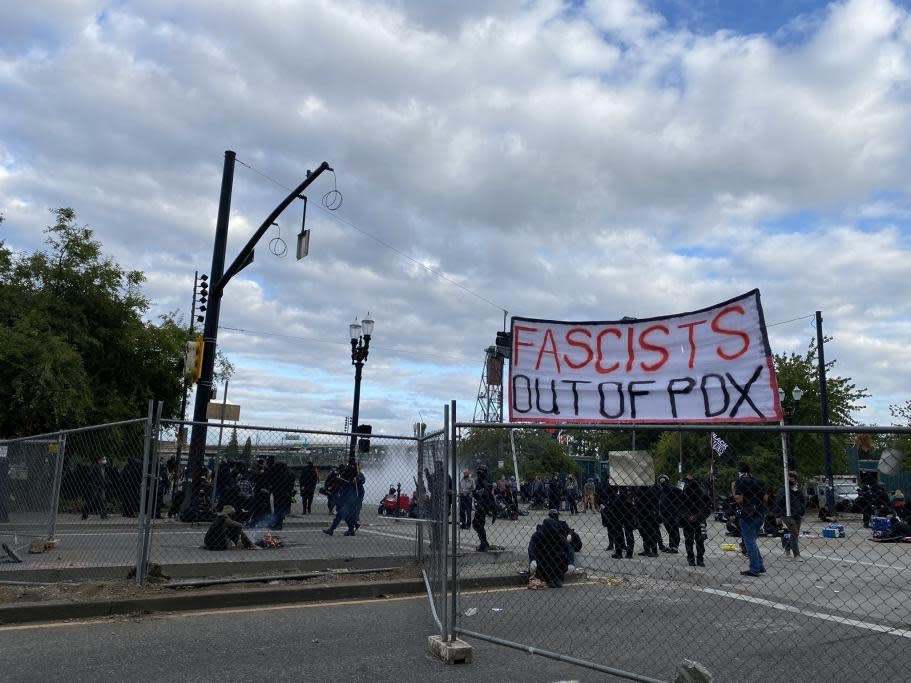 Antifa insurgents violently disrupted a patriotic-themed event in Portland Sunday, seeking violence and a clash with the opposing group.

Hundreds of black bloc Antifa militants arrived at Portland’s Waterfront Park to counter-protest the “Summer of Love: Patriots Spreading Love not Hate” event which was scheduled to begin at 2, per the Post Millennial.

In efforts to escape possible violence, the group moved the event to a different location.

Even with a change in location, a large group of Antifa showed up at the new rally location, attacking  and throwing explosives into the crowd upon arrival.

A white van carrying Antifa members crashed near the event, resulting in violent brawls between opposing groups. Witnesses believe the crash was a purposeful assault.

Once the groups dispersed and the clash was over, Antifa established a new “autonomous zone” at Salmon Springs, dubbed SPAZ: Salmon Springs Park Autonomous Zone.

It was not long before a vehicle with covered license plates showed up to distribute riot gear.

Several members of the media showed up to check out the scene, and some were attacked. Tayler Hansen and Tara Szczepanski of the Polish American Brotherhood were confronted and pepper sprayed by a masked Antifa member, according to the Gateway Pundit.

"There were no immediate arrests, but detectives are reviewing evidence to determine whether charges can be brought for any criminal activity,” Portland Police said in a statement. “As stated before today's events, officers were not deployed to stand in between individuals intent on confronting one another. But that does not mean the crimes committed will not be addressed. Arrests do not always happen in the moment. As in past such events, we are conducting follow-up investigations, gathering evidence, and will make arrests when probable cause exists that specific persons committed crimes. Just because arrests are not made at the scene, when tensions are high, does not mean that people are not being charged with crimes later.”