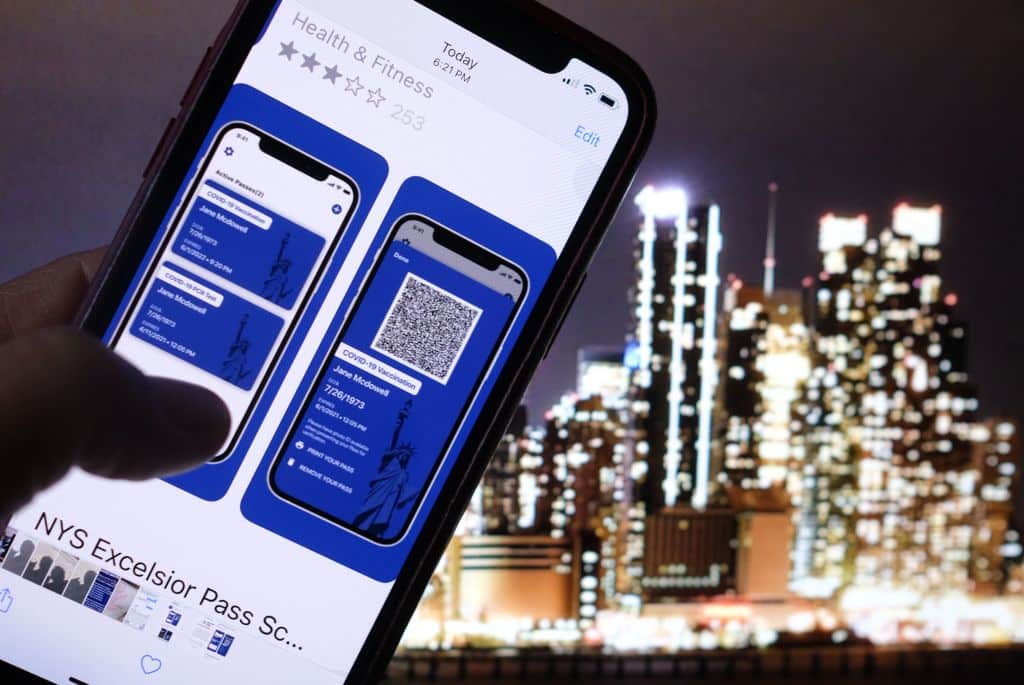 Action Needed to Stop Vaccine Passports not only by the federal government, but also by any state or local government, or by businesses, schools, or commercial enterprises.

WASHINGTON, D.C.—The Committee on the Present Danger: China, (CPDC) and Women’s Rights Without Frontiers (WRWF) released today an open letter urging the President and Congress of the United States to stop vaccine passports in any form, including not only those required by the federal government, but also those required by any state or local government, or by businesses, schools, or commercial enterprises. The two organizations launched the Stop Vaccine Passports Task Force via webinar on July 1, the 100th anniversary of the creation of the deadly Chinese Communist Party.

The Open Letter discusses the fact that “Vaccine Passports” are not merely the digital equivalent of the yellow vaccine cards long used in international travel. Rather, according to tech experts, the digital platform used by Vaccine Passports is the same platform as that used by the Chinese “Social Credit System.”

The letter continues: “While it may begin with only carrying digital information regarding whether an individual is vaccinated, the rest of the functionality of the Chinese Social Credit System can be integrated into the “Vaccine Passport’ system in a matter of minutes. Whether such digital documentation is governmentally issued or produced by corporate sponsors, the practical effect will be to provide a platform that, in the wrong hands, could usher in totalitarianism in the United States.”

The signers also warn that “Vaccine Passports” – whether digital or paper — could be used to create a two-tiered society. For example, this week the City of New York is mandating that entrance to some indoor venues will require proof of vaccination.  Airlines, hotels, restaurants, and gyms are among others considering the use of “Vaccine Passports.” Might such “Passports” be used for more sinister purposes, to isolate those with unpopular religious or political beliefs? At a minimum, they can be used to deny those who remain unvaccinated constitutionally guaranteed freedoms – potentially among them: speech, worship, assembly, and the right to peaceably petition their grievances.

The signers clearly state, “We are not anti-vaxxers. Some of us have chosen to be vaccinated against Covid-19; others have not. Many of us have traveled internationally and have received many vaccines.”

The signatories note that the Biden-Harris administration has officially declared that it will not impose vaccine passport schemes as a matter of federal policy. That commitment will ring hollow, however, if others in state and local governments or the private sector are able effectively to institute such a mechanism, which, in the wrong hands, could be used for controlling, repressing, and coercing many millions of Americans.

The Open Letter calls upon President Biden and the Congressional leadership “actively to discourage and preclude such end-runs by issuing an Executive Order and securing federal legislation barring the use of vaccine passports or similar arrangements to suppress our constitutional rights.”

Others determined to join this fight against this emerging tyranny are invited to learn more and sign a petition at StopVaxPassports.org.

Among the signatories of the Open Letter are CPDC Chairman Brian Kennedy and Vice Chairman Frank Gaffney, WRWF founder and President Reggie Littlejohn, author and best-selling author and talk show host Eric Metaxas, and Jay Valentine, an internationally recognized authority on ways in which digital platforms can be manipulated and abused.

To interview representatives of the Committee on the Present Danger:  China, contact Media@HamiltonStrategies.com, Deborah Hamilton, 610.584.1096, Ext 102.