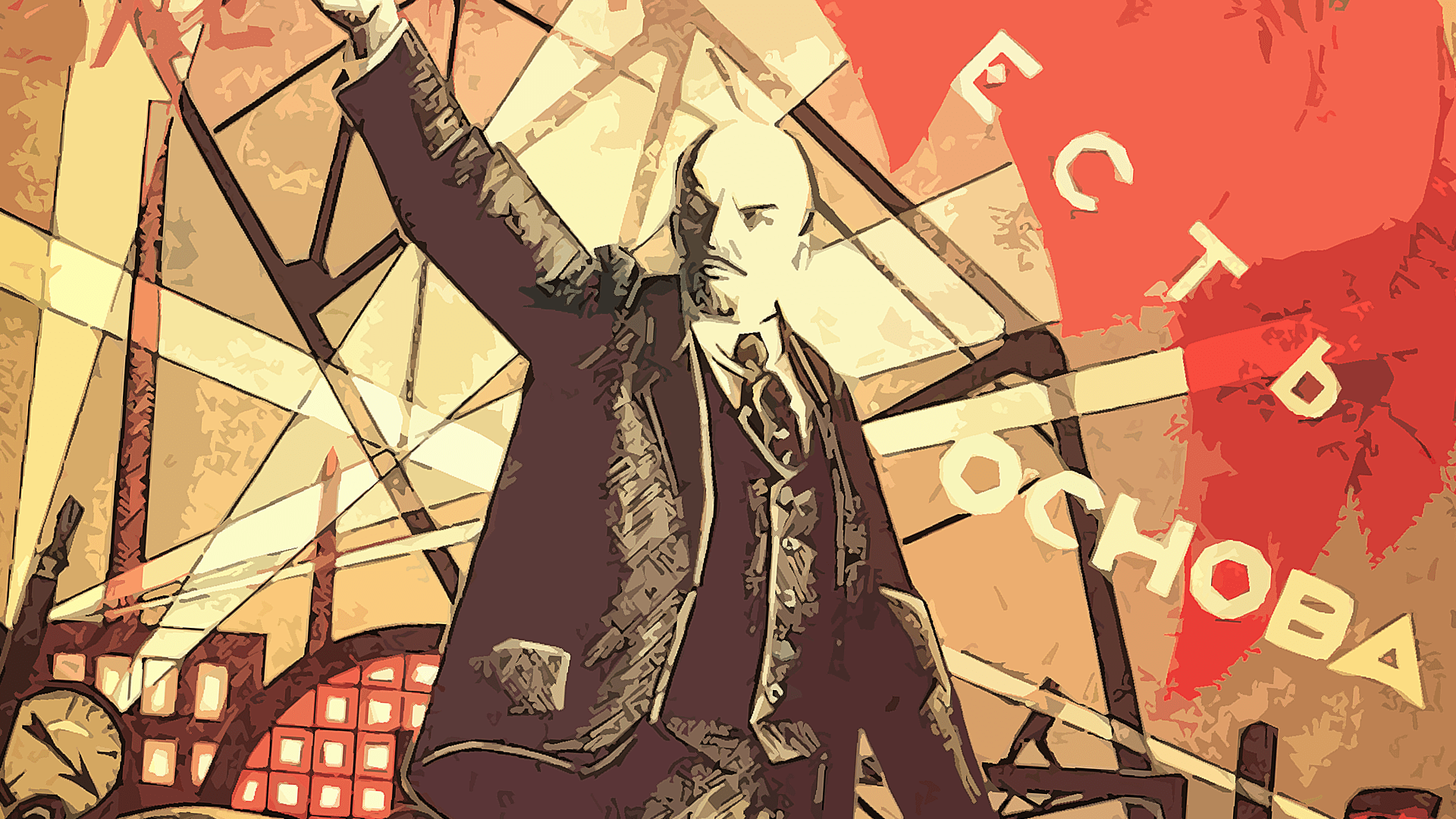 Florida Governor Ron DeSantis recently announced a new state program that will require high school students to learn about the evils of communism. On June 22nd the governor tweeted: “FL students will learn about patriots who come to America after fleeing communist regimes. Our students will learn from an integrated civic education curriculum that compares our rights & freedoms to places where they don’t exist like China & North Korea.” DeSantis’s move has produced criticism from the usual suspects: MSNBC’s Chris Hayes opined that DeSantis ordered the “thought police” to school campuses, while CNN’s Chris Cillizza accused the governor of feigning concern for civic education in an effort to woo Trump supporters.

It behooves a new generation to listen to Chambers’ warnings and take action before it is too late.

DeSantis’s announcement that Florida students must be taught about the evils of communism reminded me that sixty years ago, around this time in mid-Summer (on July 9th, 1961, to be exact), Whittaker Chambers died of heart failure at the age of 60. Chambers was an American writer-editor who, after early years as a Communist Party member and Soviet spy, defected from the Soviet underground and spent the rest of his life trying to warn the West about the evils of communism. He is most remembered for his role in the case of Alger Hiss; in 1948, he publicly accused Hiss, the former Assistant Secretary of State and then-President of the Carnegie Endowment for International Peace, of being a communist spy. Chambers’ testimony before the House Un-American Activities Committee led to Hiss’ prosecution and imprisonment for perjury, and catapulted then-Congressman Richard Nixon to national prominence.

In 1952, while living in his Westminster, Maryland, farmhouse, Chambers wrote one of the great books of the 20th century: Witness (1952). Witness is an autobiography, a spy-thriller, an account of the Hiss case, and a deep and somber reflection on the nature and meaning of the great crisis of Western civilization.

When Chambers left the communist underground in the late 1930s, he told his wife that he was joining the “losing side” in the great conflict between communism and Western democratic civilization. That conflict is still with us today, and its outcome is in doubt. It behooves a new generation to listen to Chambers’ warnings and take action before it is too late.

THE SECULAR FAITH OF COMMUNISM

After he broke with communism, Whittaker Chambers secretly informed the State Department and the FBI about Hiss and other members of the communist underground, twice, only to have that information ignored and dismissed by President Franklin Roosevelt. Hiss, after all, was a prominent lawyer and New Dealer—a rising star in official Washington. When Chambers publicly accused Hiss of being a communist, the Hiss forces (and they were many and powerful) began a campaign of misinformation and ugly rumors in an effort to smear and destroy the witness. Chambers courageously withstood this assault, literally speaking the truth to power. With the help of the House Un-American Activities Committee, FBI agents, and Justice Department prosecutors, Chambers triumphed over Hiss and his allies.

‘Two irreconcilable faiths of our time—Communism and Freedom,’ — Whittaker Chambers.

In the Forward for Witness, Chambers wrote a letter to his children attempting to explain the meaning of the Hiss case. It was not just a criminal trial, nor was it just a contest between two men. It was, Chambers wrote, a conflict of the “two irreconcilable faiths of our time—Communism and Freedom.” The Hiss case, he explained further, was simply a manifestation of a larger religious, intellectual, moral, social, political, and economic crisis—a crisis of the Western world.

Chambers understood both faiths because he had been a communist during the mid-1920s through the late 1930s. From 1932 until 1937 or 1938, he carried out espionage activities for the Soviet Union, even while his faith in communism began to wane as he grew increasingly disturbed by Joseph Stalin's Great Purge. In April 1938, despite the threat it posed to his own life, Chambers defected from the communist party and took his family into hiding. Following his break with communism, he became a Quaker, having heard about the Society of Friends from his grandmother early in his childhood.

Chambers, in essence, exchanged one faith for another. And his description of the faith underlying communism resonates in the 21st century, not just because the West, once again, is confronted by an external challenge from a great communist power (China), but also because the West today suffers from both a widespread ignorance of communism and declining faith in our deeply religious heritage.

Communism, Chambers wrote, is “man’s second oldest faith. Its promise was whispered in the first days of the Creation under the Tree of Knowledge of Good and Evil: ‘Ye shall be as gods.’” “The Communist vision,” Chambers explained, “is the vision of Man without God.” He continued:

“Communism is what happens,” Chambers wrote, “when, in the name of Mind, men free themselves from God.” The West’s crisis, Chambers continued,

Chambers understood man’s fallen nature, not only because of his deep religious faith, but also because he saw first-hand the evil committed in the name of the secular faith of communism. Communism posits that men and women are capable of overcoming human nature and bringing forth the perfect society on earth. It shares this belief with modern liberal secularists, who see science, education, and collectivist government leading us to the promised land. A government that is large and powerful enough to supply all of our wants and needs, however, is powerful enough to take away all of our freedom in the name of creating that great society.

Great Hall of the People in Beijing, China.[/caption]

When Governor DeSantis talks about the need to teach children about the “evils of communism,” he is echoing Chambers who called communism “the focus of the concentrated evil of our time.” Children in Florida, and elsewhere in the United States and throughout the world, should learn about communism through the stories of its tens of millions of victims as told by Aleksandr Solzhenitsyn (The Gulag Archipelago), Robert Conquest (The Great Terror and The Harvest of Sorrow), Frank Dikotter (Mao’s Great Famine and The Cultural Revolution), and many others. An excellent place to start is The Black Book of Communism (1997), written by six European authors who detail and catalog the 20th-century crimes of communist regimes—what historian Martin Malia called “the most colossal case of political carnage in history.”

‘The most colossal case of political carnage in history,’ — Martin Malia.

That carnage continues today in China’s Xinjiang Province, where the Uyghurs are being decimated by the communist regime. It continues in Hong Kong, where the CCP is increasingly depriving citizens of their freedoms. We see communism’s true nature in Cuba, where the regime recently cracked down on public protests. And we see it in the slave-state of North Korea, where the communist dictatorship pursues more nuclear weapons even as millions have starved to death. Chambers knew that communism in power, as opposed to communism in theory, always and everywhere leads to a totalitarian nightmare.

Chambers believed that it would take more than education to win this struggle of faiths. It would take, he believed, a spiritual renewal—a return to the faith and values that formed Western civilization. And it would take courage to confront evil. In the last chapter of Witness, Chambers wrote: “[E]vil is not something that can be condescended to, waved aside or smiled away... Evil can only be fought.”

This article is part of a Human Events Opinion Special Collection, "RESURGENT COMMUNISM." You can read the other pieces in the collection here.