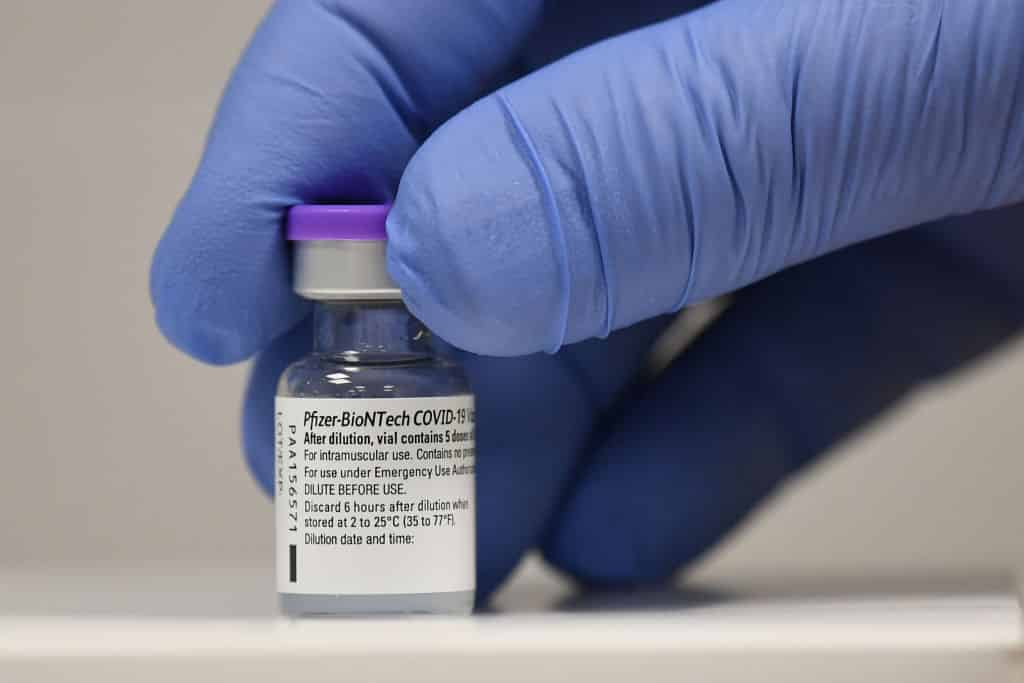 Shortly after the video’s circulation, about 100 people crowded outside the police station, throwing objects at an officer and starting a fire.

According to a police statement, officers were conducting surveillance targeting violent and narcotic dealing offenders when they saw a “known offender,” Ricky Price, driving a black 2017 Mustang. He was stopped after he allegedly made an illegal turn and “changed lanes unlawfully.”

Based on the man’s previous interactions with police, a call was made for a K-9 to conduct a vehicle sniff, which alerted the presence of illegal narcotics in the vehicle, police said, per Yahoo News.

“During the search, officers located two bags of Marijuana hidden in the driver’s door panel,” police said. “Officers then placed Price under arrest and into handcuffs. Officers also located a 9mm pistol in the back seat of the vehicle.”

Soon after, the suspect’s brother, Travis, arrived at the scene, yelling and bumping into an officer as he attempted to grab belongings from the car.

He was placed under arrest for interference and physically touching officers, according to police. He then allegedly shoved officers, refused to comply and was pushed against a gas tank behind him.

As officers tried to get control of Travis, both he and the officers fell to the ground.

Officers proceeded to collect jewelry from Ricky after he requested items be passed along to someone else. When officers removed his handcuffs to take the jewelry, he attempted to flee and allegedly threw several punches.

“As officers were on the ground with Ricky, one officer delivered several punches to Ricky’s upper thigh on the Common Peroneal Nerve to gain compliance,” police said. “The strikes had no effect and Ricky continued to resist. The officer then punched again, striking Ricky in the nose which caused him to bleed.”