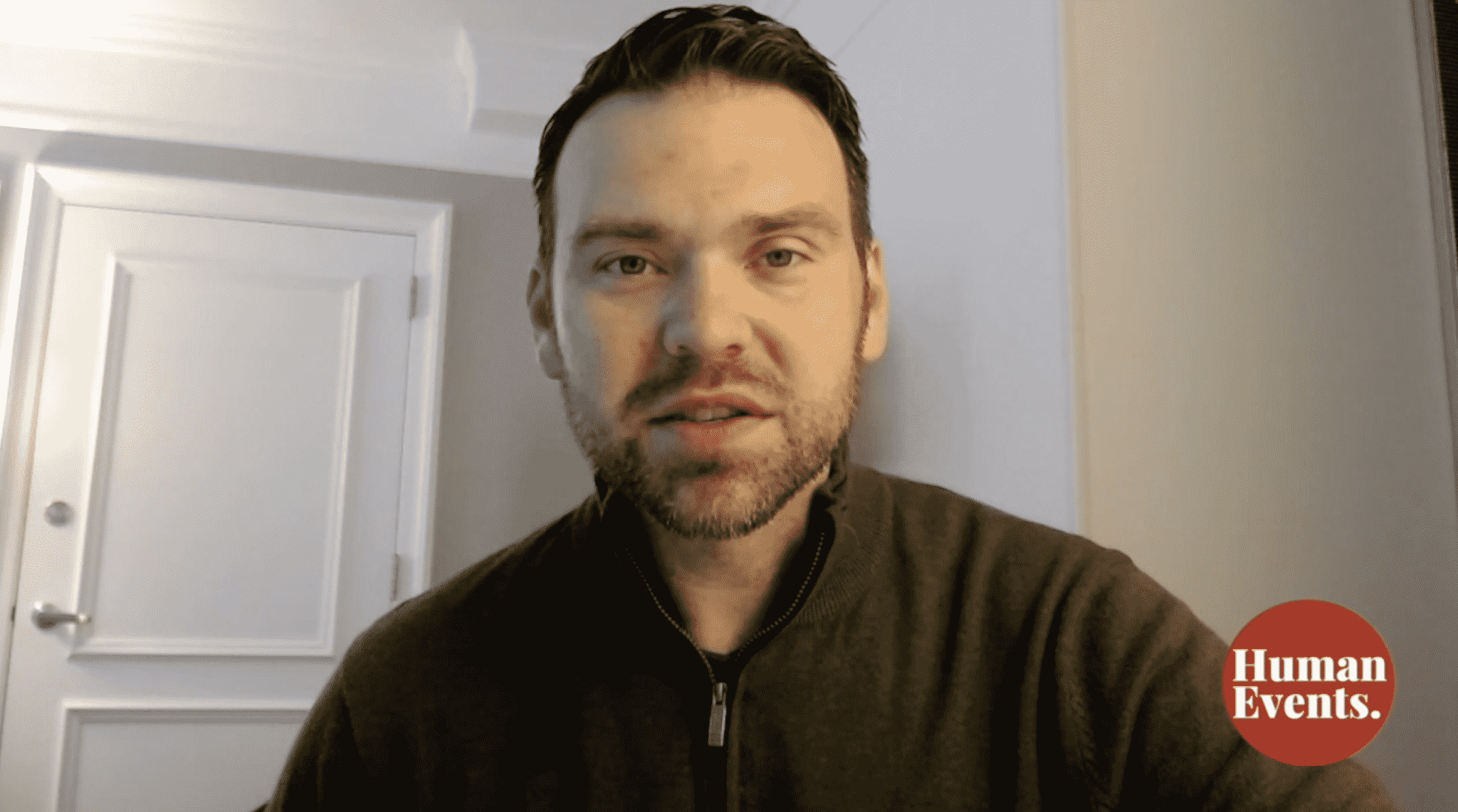 N/A by N/A is licensed under N/A
Human Events Sr. Editor Jack Posobiec sat down Friday with Human Events News to discuss his latest book, "The Antifa-Stories from inside the Black Bloc."  The book was released this past Tuesday and has become an Amazon Number One Bestseller in multiple categories.
In this interview, Posobiec discusses his motivations for writing the book, the origins of the Antifa movement, and the nature of the threat Antifa poses. Posobiec is well-known for his reporting on Antifa during the 2020 summer of rage that swept across many major cities in America. He was actually embedded inside the CHAZ (Ca\pital Hill Autonomous Zone) in Seattle, Washington during an Antifa occupation of a portion of the city.
Join us to watch and listen as Jack describes his experiences with the most active domestic terrorist group in the nation. His book, which reads like a part history text, part sociology thesis, and part war correspondent report is a must-read for anyone wanting to get a glimpse inside this dangerous extremist group which has become the black-suited darling of America's team left.
To buy the book and find out more, click here.
Antifa, Amazon, Jack Posobiec
189503
N/A by N/A is licensed under N/A