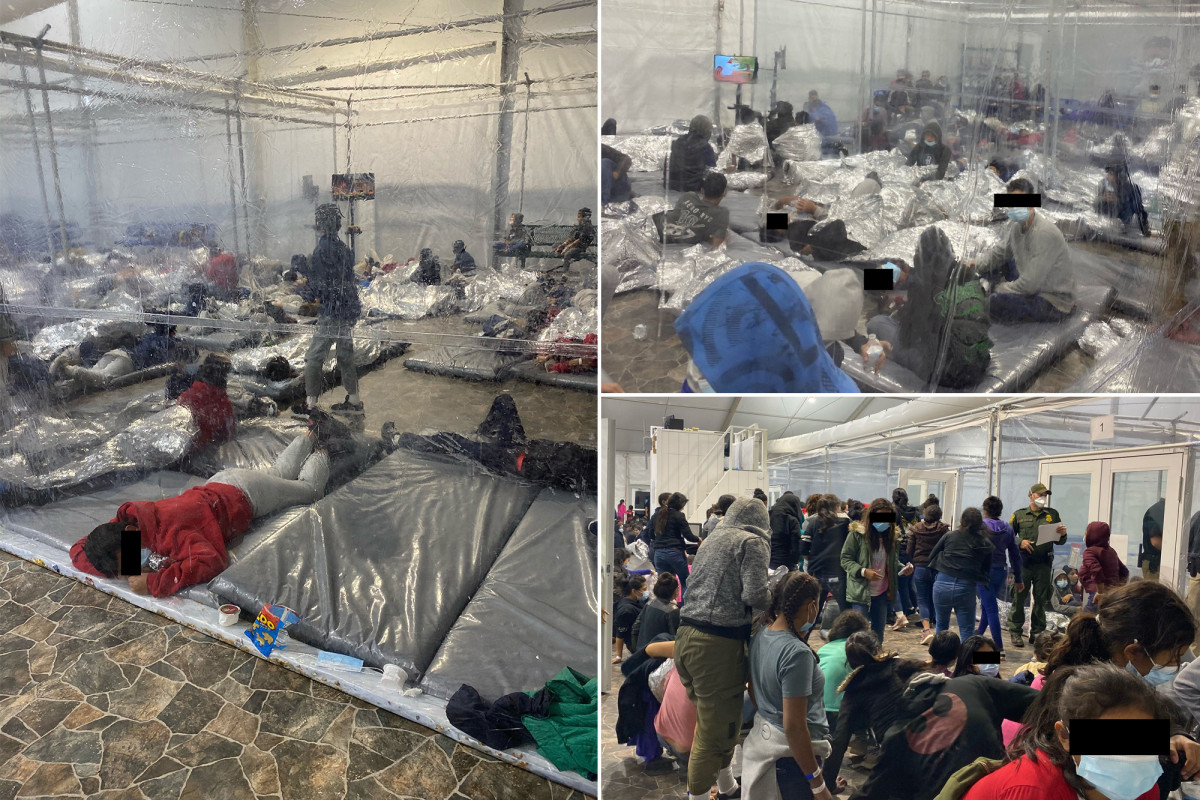 One photo shows children sleeping shoulder-to-shoulder on mats inside plastic-like cages, with what appear to be aluminum blankets. As evidenced by the photos, these facilities, not designed for long-term custody, are filling up at a seemingly unmanageable rate and the conditions are borderline inhumane.

Officials released the photos after Rep. Henry Cuellar (D-Texas) and Project Veritas separately released photos of children sleeping on the floor to Axios, urging that the children are being kept in “terrible conditions” and should be moved to different facilities.

“More has to be done to address this growing humanitarian crisis,” Cuellar tweeted. “These migrant children need our help right now. Not later.”

Customs and Border protection said that it is continuing “to transfer unaccompanied minors to the U.S. Department of Health and Human Services as quickly and efficiently as possible after they are apprehended on the Southwest Border.”

“In order to protect the health and safety of our workforce and those in our care we continue to discourage external visitors in our facilities; however, CBP is working to balance the need for public transparency and accountability. Still imagery and video are now available of the Donna Processing Center in Donna, Texas, and the Central Processing Center in El Paso, Texas.”

Other photos show a long line of migrants waiting to use portable toilets that are allegedly being used as restrooms for the children, and a playpen with additional sleeping mats inside.