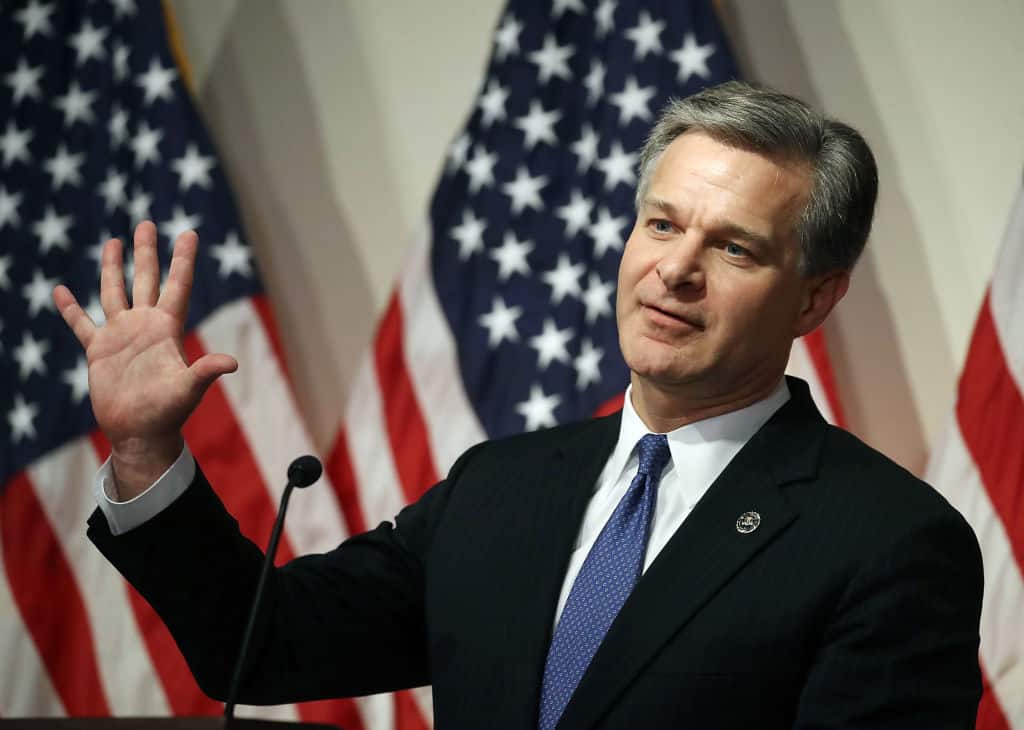 FBI Director Christopher Wray participated in a question and answer with NPR on Thursday afternoon to discuss the investigation into the Capitol riot on January 6.

He made it clear what his intentions are: to help keep the team-left narrative and fear alive and flourishing.

In terms of the ongoing investigation, Wray urged that the FBI will see it through to the end, no matter what.

“We’ve arrested people all over the country, I think we have...open investigations specifically related to the Jan. 6 siege in all but one of our 56 field offices, which gives you a sense of the national sprawl of the investigation. And in some of those instances, there have already been conspiracy charges - small, I would call them - sort of small cells of individuals working together, coordinating their travel, etc."

Wray's next sentence calls into question whether his investigators will be instructed to actually look for evidence or "produce" it.

"I don’t think we’ve seen some national conspiracy, but we’re going to keep digging,” he said.

Perhaps the most interesting question discussed was whether or not law enforcement preparation and response would have been different if the rioters were black.

However, there is an overwhelming amount of evidence that BLM and Antifa rioters were permitted to riot across the country last year with little to no police interference.

And, interestingly enough, Joe Biden’s Department of Justice has even been quietly dismissing dozens of felony and misdemeanor charges from last year’s Portland riots.

Charges such as arson, assault on law enforcement officers and other violent crimes are being dropped, many of them dismissed with prejudice, meaning they can’t be brought back to court in the future. Federal prosecutors have dismissed more than a third of pending charges from the violent and destructive protests that took place in Portland throughout the summer. Some of the most serious charges that have been dropped include four defendants charged with assaulting a federal officer.

To be specific, 31 out of 90 protest cases were dismissed, despite the Department of Justice’s warning that there would be “consequences for acts of violence.”

So, there clearly isn’t “one approach.”