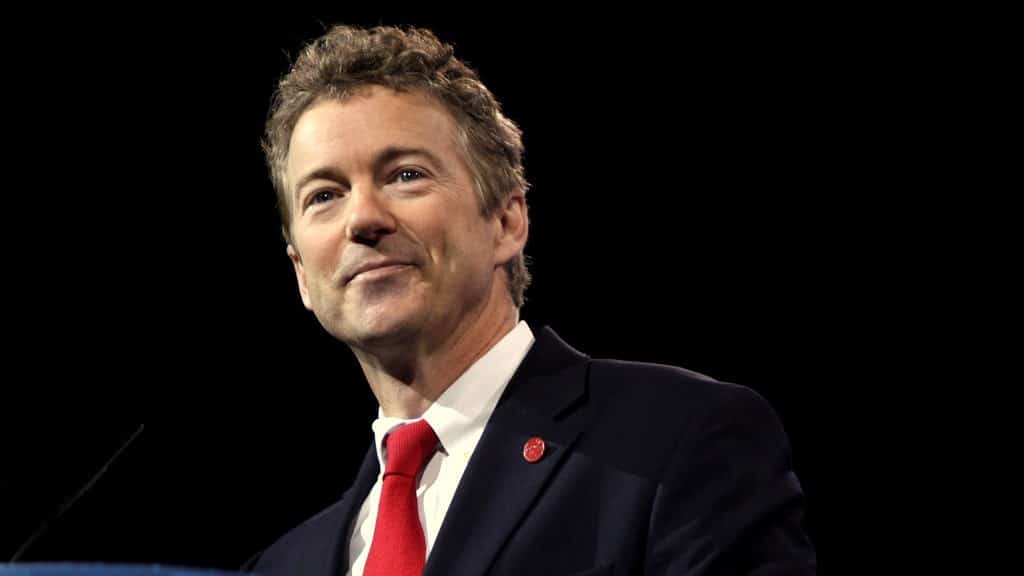 After Biden's transgender nominee for assistant secretary of health refused to answer questions from Sen. Rand Paul (R-Ky.) about an approach to permanent, life-altering procedures for children purporting to be "transgender," America's major media outlets ran with a different story: a Republican Senator dared to question the practice of offering sex-changes to children, and was rude to a transgender person while doing so.

Since one would be hard-pressed to find in the mainstream media an account of the exchange that goes beyond pandering to advocates for the physical destruction of the secondary sexual characteristics of America's children, below is the large part of Paul's questioning to Dr. Rachel Levine:

American culture is now normalizing the idea that minors can be given hormones to prevent their biological development of their secondary sexual characteristics. Dr. Levine, you have supported both allowing minors to be given hormone blockers, to prevent them from going through puberty, as well as surgical destruction of a minor’s genitalia. Like surgical mutilation, hormonal interruption of puberty can permanently alter and prevent secondary sexual characteristics. The American College of Pediatricians reports that 80 to 95% of prepubertal children with gender dysphoria will experience resolution by late adolescence if not exposed to medical intervention and social affirmation. Dr. Levine, do you believe that minors are capable of making such a life-changing decision as changing one’s sex?”

"The specific question was about minors. Let’s be a little more specific since you evaded the question," Paul responded. "Do you support the government intervening to override the parent’s consent to give a child puberty blockers, cross-sex hormones and or amputation surgery of breasts and genitalia?"

"You have said that you’re willing to accelerate the protocols for street kids. I’m alarmed that poor kids with no parents, who are homeless and distraught, you would just go through this and allow that to happen to a minor," Paul added before relaying a story of a 23-year-old woman who transitioned as a troubled youth and now regrets the decision. He later noted that many more such cases exist.

"What I’m alarmed at is that you’re not willing to say absolutely minors shouldn’t be making decisions to amputate their breast or to amputate their genitalia," Paul continued. "For most of our history, we have believed that minors don’t have full rights and that parents need to be involved, so I’m alarmed that you won’t say with certainty that minors should not have the ability to make the decision to take hormones that will affect them for the rest of their life. Will you make a more firm decision on whether or not minors should be involved in these decisions?"

Levine still did not answer the question, but rather repeated that "transgender medicine is a very complex and nuanced field" and expressed a willingness to teach Paul about those complexities upon confirmation.

The Washington Post characterized this exchange as a barrage of "ignorant" and "demeaning" questions from Paul pointed toward a gracious Levine in a column titled "Rand Paul’s ignorant questioning of Rachel Levine showed why we need her in government," featured for some reason in the Post's "Style" section.

Style Reporter Monica Hesse suggested that Paul should not venture to ask Levine such questions because "Levine is a pediatrician who created the Penn State Hershey Medical Center’s adolescent medicine division," and Paul is a lowly "eye doctor." The column used this as a detractor from Paul's credibility, but did not consider that this may very well be a justification for asking such questions of Levine.

"Paul did not seem at all curious about the medical matter at hand, in which he had no expertise. He was instead “alarmed” and “outraged.” He claimed to be worried about the children, but paid no heed to guidance of medical organizations — including the American Academy of Pediatrics — that recommend treating gender-diverse children by affirming their gender identities," Hesse continued.

Hesse's Perspective piece was not the only swing the Post took at reporting the exchange. A Health section article criticized Paul who "tried" to "draw a connection between genital mutilation" and "transition-related surgery and medication for children." The piece dismissed this as

"Paul also complained about Levine’s support for children who make the decision to take hormone-blocking medications despite the concerns of their parents, asserting she supported surgeries for minors, too" reported the Post before accusing the GOP of "targeting transgender children."

"Contrary to Paul’s arguments, and those presented in a recent wave of GOP-led bills targeting transgender children, current medical guidelines in the United States do not recommend transition-related surgeries for minors," reported the Post.

"Before puberty, most transgender children simply begin with a social transition, changing their names, pronouns and clothes to match their gender identities. Medical interventions for older transgender youths can include puberty blockers and hormone treatments, but surgeries are generally recommended only after a person turns 18."

The Post did not address why then, Levine refused to speak to whether or not such surgeries would be acceptable.

ABC News reported on the exchange as one between an "inflammatory" Paul and a "polite" Levine -- again focusing on Paul's supposed audacity in daring to ask such questions, rather than Levine's evasiveness.

NBC News used its coverage of the incident to promote administering puberty blockers to children, with its entire article angled around the fact that Paul dared to compare "gender-affirming surgery" to genital mutilation.

Citing a physician who performs such "medical care" on children, NBC reassured readers that medical procedures for transgender children only include non-surgical treatment such as puberty blockers, and that surgery is a final step-- only preformed after age 16 or so.

"Access to gender-affirming care has also been found to have a positive impact on the mental health of trans young people. A study published in January 2020 found that transgender people who used puberty blockers had lower rates of suicidal thoughts as adults when compared to trans people who couldn’t access them," NBC reported.

Similarly, The New York Times ran headlines that read "Rand Paul Lashes Out at Rachel Levine About ‘Genital Mutilation’" and "At a Senate hearing and on the House floor, emotional debates erupt over transgender rights." The Times characterized Paul's questions as an unjustified "tirade," also pointing out his occupation as an eye doctor as a means of mocking his line of medical questioning. The paper did not miss the opportunity to take a dig at Trump who supposedly "worked aggressively to undermine transgender rights."

"The clash exposed the deep shift Washington is undergoing as Mr. Biden settles into office, undoing the policies of his predecessor, former President Donald J. Trump, who worked aggressively to undermine transgender rights," reported The Times. "Mr. Biden, by contrast, is seeking to make his administration more welcoming to L.G.B.T.Q. people."

To Tell the Truth: The coordinated language of the mainstream media's "coverage" of the exchange between Paul and Levine is not an earnest attempt to report on the happenings of the hearing, but rather a coordinated attack on Paul as a dissident who dared to question the progressive agenda item of promoting and encouraging sex-change procedures in children. It is meant to send a direct signal to the public that questioning such practices is uncivilized, bigoted, "ignorant," "inflammatory," and unacceptable.

Transgender, To Tell the Truth, Rand Paul, political correctness
185820
N/A by N/A is licensed under N/A