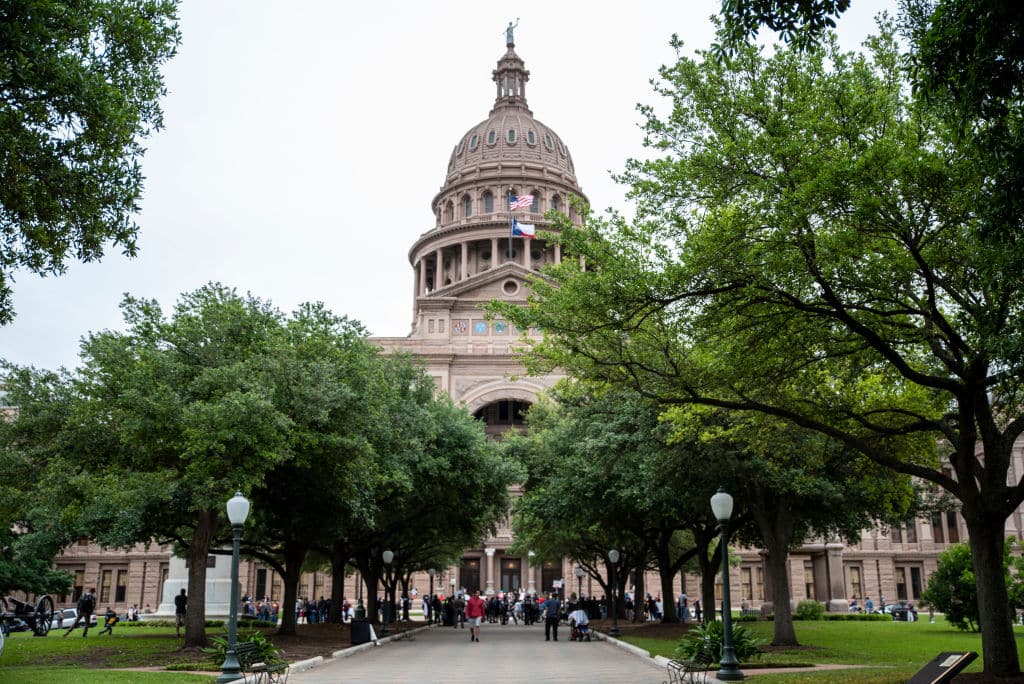 Instead of Brexit, call it Texit.

With socialist ideals on the rise, lawmakers in Texas say they are considering pursuing a Brexit-style departure.

And, lawmakers in other states have shown a similar interest.

“This is not about war, this is not about actually seceding from the United States,” Rep. Kyle Biedermann said in an interview with Newsmax’s Chris Salcedo. “This is about the beginning of a process, an act, just like Brexit,” he added.

“Brexit was a vote of the people and then five years of a process.”

He suggested that he and others are already drafting legislation that would pose the question of whether voters wanted to remain in the United States.

The bill “is the beginning of the process,” he said. “Do we want to have the right to be an independent state? After that question is answered ‘yes’ then that process begins.”

Biedermann said that a committee would then be established by Texas Lt. Gov. Dan Patrick’s office, as well as members of the state’s legislature, “and [they] will address all of the things that it would take to be an independent nation, an independent state, a Republican of Texas.”

Texas residents “will be able to make their grievances heard, and we will determine whether it’s feasible for us to leave the union.”

Biedermann suggested that based on prior research, most residents of the Lone Star State would support the move.

Texas, which was briefly part of the Confederacy in 1860, isn’t the only state considering this move.

“We’ve been getting so many positive responses from other states, so other states will want to join what we’re doing,” he said. “The majority of states are not happy with the federal government.”

Because the state is 95 percent privately owned, it has its own power grid and its own gold repository, meaning it is essentially self-sufficient.

“We have so many things that other states don’t have, but Texas can lead and these states can join with us,” Biedermann urged.