Trying to Significantly Reduce Energy Demand Is a Fool’s Errand. 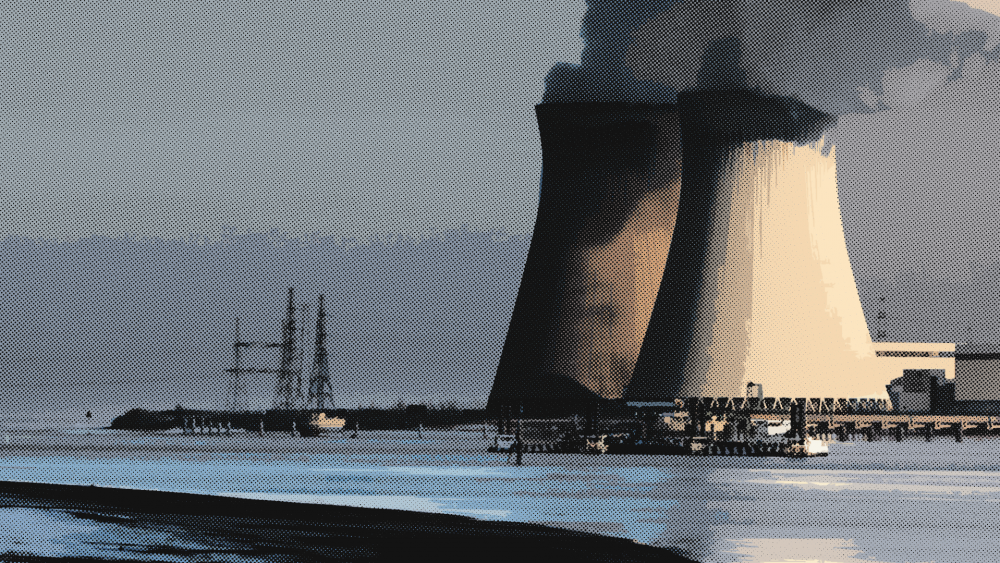 Our previous article argued that the COVID-19 pandemic has offered important insights into the enormous economic cost of suppressing demand as a way to reduce greenhouse gas (GHG) emissions. The most practical demand-side strategy to even approach the deep GHG reduction of the recent lockdowns (by an average of about 17%, according to some studies) would be to adopt some of the less-debilitating lockdown changes to our lifestyle: less commuting and more work being done remotely. But this is probably the only low-cost, straightforward way to reduce demand on carbon-based energy—and even then, the impact would be minimal compared to the lockdowns.

Broad-based consumer acceptance of electric vehicles is also far from certain: recharging them is a much more time-consuming process than pulling into a gas station.

Some demand-side proposals include new consumer technologies, like the oft-cited idea of expanded use of electric vehicles (EVs), but given the energy required to make and recharge the batteries, the benefit is lower than imagined. Broad-based consumer acceptance of electric vehicles is also far from certain: recharging them is a much more time-consuming process than pulling into a gas station. Other demand-side proposals similarly fall short: investing billions in high-speed rail to displace automobiles; gasoline efficiency targets for cars that are uneconomical and/or unachievable; involuntary rolling blackouts; and overly burdensome taxes that will put the U.S. at an international disadvantage in innovation, production, and trade.

That leaves us primarily with supply side interventions to achieve the significant emissions reductions needed to confront climate change—which gets tricky when you consider the societal reluctance to invest in less popular energy solutions (like nuclear energy), and the limitations of the energy solutions in vogue—solar and wind.

Also, it’s worth mentioning that the United States, which is responsible for only approximately 15% of the world’s emissions, has already achieved a steady decline, from a peak of approximately 6.8 trillion metric tons (TMT) of GHG emissions in 2007 to 5.8 TMT in 2019. Thus, we are already part of the solution.

Activism-impelled fears of a catastrophic event like the Three Mile Island near-miss, the Chernobyl reactor design failure, and the Fukushima Daiichi nuclear meltdown are slowly but surely driving the possibility for robust nuclear power out of the realm of possibility domestically. We hope this opposition can be overcome, because it deprives us of a safe, emissions-free energy source only matched by hydroelectric and geothermal power—which, because they occur in nature, have severe limitations in terms of placement or availability.

Solar and wind continue to attract attention from climate activists, but when we consider the manufacturing of the various components required for these energy systems, neither solar nor wind power is GHG-free, and their intermittent nature (i.e., the sun shines only during sunny days but not at night, and the wind doesn’t blow on command) creates significant challenges to storing energy and managing a power grid.

The bottom line is that, just as on the demand side, there is no magical solution on the supply side of energy production that can significantly offset the inexorable growth in demand for energy, and the resulting carbon emissions. This means that in the absence of much more widespread use of nuclear power, which is currently under constant attack by (pseudo-)environmentalists, we will need to focus on ways to cope with increased carbon emissions—not simply promote new, impractical ways to cut down.

THE LAWS OF PHYSICS VS. THE "MAGICAL THINKING" OF DEMAND-SIDE ENERGY INTERVENTIONS

Mark Mills of the Manhattan Institute offers an astute analysis of these supply-side energy innovations in a report, “The New Energy Economy: An Exercise in Magical Thinking,” published last year. His thesis is that those who argue that the technologies of wind and solar power and battery storage are creating the kind of disruption we have seen in computing and communications (markedly lowering costs and increasing efficiency) are simply wrong. That flawed analogy, he says, “glosses over profound differences, grounded in physics, between systems that produce energy and those that produce information.”

Counting on major gains from battery technology is far too optimistic and tenuous a plan.

We summarize some of his key points here:

The first realization about idealistic but unrealistic approaches concerns the cost-effectiveness of renewables—or lack thereof. Mills’ analysis shows that for every $1 million spent on natural gas shale extraction, approximately 300 million kilowatt hours (KwH) of electricity is produced over 30 years. The comparable output for $1 million spent for solar panels is 40 million KwH; for wind, 55 million KwH. That makes natural gas (a carbon-containing, non-renewable) more than five times more capital efficient than either wind or solar. And that does not count the investment required to compensate for the intermittent nature of these renewable sources (to provide backup because of natural, weather-based interruptions), or the cost and impact of extraction of natural resources required to build the solar panels, wind turbines, and batteries necessary to support wind and solar energy.

There is also an unavoidable mismatch between power demand peaks, which are driven by the consumers of power, and by supply levels from the renewable sources. Commercial and individuals’ usage patterns do not cause the wind to pick up or the sun to emerge from behind the clouds. Employing geographical diversity (switching to locations that are windy or sunny and have power farms) to compensate for nature’s behavior is limited by transmission loss and the availability of connecting infrastructure, and is rarely feasible at the required scale. Also, the current power grid cannot handle abrupt, frequent, and widespread changes in energy flow (because it wasn’t built with that in mind), which therefore requires robust and rapidly available backup solutions—namely, energy storage.

The existing proposed solution to these interruptions is hydrocarbon-driven generators that can be brought online quickly. There have been attempts to replace them with various other energy storage devices, but thus far, batteries—the approach that minimizes energy loss, while not consuming much of the energy in the process—appear to be the most feasible non-hydrocarbon option to provide energy on short notice.

Existing batteries, however, are currently not up to the task, and there have been no major breakthroughs in battery technology for decades—most of the gains have come from improvements in manufacturing. Counting on major gains from battery technology is far too optimistic and tenuous a plan. The argument that we can achieve “salvation by battery” reminds us of a favorite cartoon:

Maintaining reserves of energy to address the intermittency can also be understood using oil as a benchmark. For oil (gas is actually cheaper to store in large tanks), the storage cost is about a dollar per barrel to store a two-month supply. The capital cost of batteries to achieve the same storage capacity is about $200. That makes the breakeven point approximately 34 years—but batteries rarely last even a third of that time. And while the barrel weighs about 300 pounds, batteries weigh 10 tons for the same storage capacity; when scaled up, we end up with quite a load (pun intended).

The laws of physics place constraints on the efficiency of energy conversion from sunlight and wind to electricity.

Using the U.S. government's Strategic Oil Reserve to illustrate the weight—and, therefore, the problem—the reserve currently stands at about 635 million barrels, or about 34 days of oil usage only (not total energy). For an energy-equivalent backstop of battery-based energy, a total of around 6.35 billion tons of batteries would need to be produced. To put that in perspective, Tesla’s “Gigafactory” produces only about .0001% of that tonnage in a year.

Putting the final nail in the coffin of ‘salvation by battery,’ to achieve the energy storage of a single pound of hydrocarbons would require around 60 pounds of battery, which would in turn require the mining of 400-500 pounds of raw materials like lithium, cobalt, magnesium, and rare earth elements. Mining itself requires energy and creates pollution and environmental degradation, not to mention that many of the minerals are available in locations that the U.S. might find difficult and unreliable to access (e.g., China, Congo, Chile, Russia, Argentina, South Africa). Moreover, batteries require and compete for many of the same minerals as solar panels, while wind turbines require vast amounts of steel and fiberglass. It can’t be ignored that all three technologies require significant energy and large amounts of natural resources to produce.

There are other constraints on improving the solar panels and wind turbines themselves. The laws of physics place constraints on the efficiency of energy conversion from sunlight and wind to electricity. To put it simply, there is a loss of energy as it travels through transmission lines, or is converted from one form to another. For solar energy, the maximum efficiency for conversion to electricity is about 33%, and most solar panels are already about 25-27% efficient. For wind, the limit is about 60%, and the current state of the art is over 45%. This is not analogous to microchip improvements, where computing power doubles over and over. There is simply a limit to how useful these technologies can be.

WAKE UP AND SMELL THE PETROLEUM

We are left with the inescapable conclusion that there are no major gains from innovation to be discovered in the efficiency of existing renewable energy. Growth will mainly be achieved in these sectors through wider deployment. On the other hand, nuclear energy (which as we noted above is currently out of favor) offers promising opportunities such as small-scale plants, but these continue to be a hard sell to voters because of relentless, anti-nuclear activism.

Although the setting of ambitious international goals by politicians may resonate, that does not make them practical or even possible, short of lockdowns or deprivation of a magnitude that would dwarf the misery of the pandemic. Instead, we are left with a long slog that will consist of multiple incremental improvements.

How best to do that? We believe the most cost-effective and readily achievable approach is rapid and intense reforestation to absorb emitted carbon dioxide. In addition, some mitigating actions such as flood control, limiting low-lying development, and adjustment of farming practices will be needed. Technology might eventually supply us with techniques to capture emissions and sequester or recycle them, though carbon sequestration is already currently deployed where feasible.

So, climate-change warriors, in the absence of nuclear plants (which, in an ideal world, would be an integral part of the plan), start planting trees!