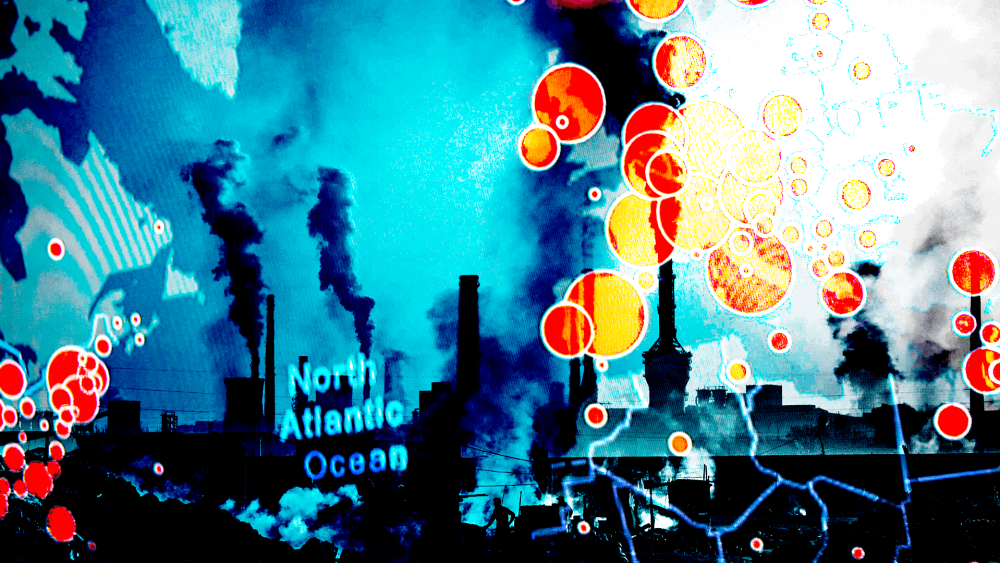 With the world in the grip of the COVID-19 pandemic, most of the short-term focus is now on how to avoid surges of infections and get the economy functioning so people can go back to work.

What the COVID-19 pandemic has made clear is that, by wrecking the world’s economies, it is possible to temporarily reduce global emissions—by an average of about 17%, according to some studies.

Hindsight is, of course, 20-20. Many lessons about pandemics will be learned in retrospect—the most notable being the need for epidemiological surveillance, preparedness with stockpiles of medical supplies, and how not to handle the most vulnerable population during an infectious disease crisis (in this case, people in long-term care facilities). Other lessons, as expected, will be endlessly debated and reframed, often without due consideration of what was known or unknown at the time that specific actions were taken.

There is one critical lesson, however, that has nothing to do with epidemiology, viruses, ventilators, or personal protective equipment. In fact, it’s only peripherally related to COVID-19.

That is a case study of the cost and effectiveness of the panoply of “green” initiatives made prominent by the Green New Deal (GND) of 2018 and its most prominent advocate, Rep. Alexandria Ocasio-Cortez, (D-NY). Since the sobriquet GND was first coined, many major presidential candidates and Democratic luminaries have proposed different iterations of the plan, costing multiple trillions of dollars.

What the COVID-19 pandemic has made clear is that, by wrecking the world’s economies, it is possible to temporarily reduce global emissions—by an average of about 17%, according to some studies. This equates to a return to 2006 levels.

Because China’s manufacturing industry is so energy-intensive, the reduction of greenhouse gases (GHG) in China peaked at around 25% amid the pandemic lockdown; most other countries saw reductions in the teens. In the U.S., gasoline sales dropped by half in the week of greatest reduction, and the airline industry overall bottomed out at a 91% reduction of capacity. Pollution decreased in most major cities, and various estimates suggest that as many as 100,000 lives could be saved if this trend were to continue long term.

In a recent article, The Economist discussed climate issues in the context of the COVID-19 pandemic, getting it only partly right. They are correct that the “climate crisis” is “much too large to be solved by the abandonment of planes, trains and automobiles.” They continue:

Even if people endure huge changes in how they lead their lives, this sad experiment has shown, the world would still have more than 90% of the necessary decarbonisation left to do to get on track for the Paris agreement’s most ambitious goal, of a climate only 1.5°C warmer than it was before the Industrial Revolution.

Where we question their assertion, however, is the notion that the pandemic “creates a unique chance to enact government policies that steer the economy away from carbon at a lower financial, social and political cost than might otherwise have been the case. According to The Economist, “Rock-bottom energy prices make it easier to cut subsidies for fossil fuels and to introduce a tax on carbon.”

We applaud their optimism (especially about energy prices remaining so low), but believe they completely miss the lesson of the pandemic. They have identified an opportunity to shift away from carbon-based energy, but only by glossing over the enormous costs that would be incurred, as indicated by the current situation.

THE ECONOMIC COST OF REDUCTION

The U.S. accounts for some 15% of the world’s emissions, so a 20% reduction in our emissions would result in about a 3% lowering of emissions globally. Yet, as we consider the cost side of this pandemic-driven reduction of GHG—a Faustian bargain, if there ever was one—it is obvious that many of the proposals to sustain that sort of reduction that we’ve seen in recent years are just pipe dreams dressed up as election promises. Worse still:

It does not require a Ph.D. in economics to understand that such a high economic cost, achieved by reducing economic activity, for a 3.4% improvement in worldwide emissions is unsustainable.

Congress has appropriated more than $3.5 trillion so far, with another similar large sum currently being debated, just to keep the public and the economy afloat for about four months while the country has been in lockdown. That vast expenditure is intended to bridge an expected decline in Gross Domestic Product of as yet unknown magnitude, but certainly in the range of 5-10%, with full recovery likely to take until the end of next year. Declines of such magnitude would also cost the U.S. economy trillions of dollars.

It does not require a Ph.D. in economics to understand that such a high economic cost, achieved by reducing economic activity, for a 3.4% improvement in worldwide emissions is unsustainable. And this does not even address the negating effect of the other 85% of greenhouse gas emissions coming from China, India, and other countries.

Thus, the more vexing problem is how to cost-effectively reproduce the pandemic’s effect on GHG emissions, without hobbling the economy. And of course, the well-known benefits of economic growth on human health and welfare must be considered—so at what cost would this reduction be incurred?

No GND program can hope to yield the kinds of reductions that we would need to put a real dent in GHG emissions—e.g. a reduction of auto emissions by, say, half (properly including the energy and emissions associated with powering electrical vehicles), while maintaining our normal level of economic activity and growth; or by a 90% reduction in air travel capacity.

And are we to seriously entertain the possibility that wind and solar power can come close to replacing enough carbon-based energy to mimic the effects of a near-total economic shutdown?

Then, there is the inescapable fact that GHG emissions have grown worldwide—by more than 18% between 2006 and 2016—growth that has come from outside the U.S. In fact, immediately pre-pandemic, this country was already 8% below 2006 levels, despite inexorably increasing global emissions.

TECHNOLOGY AND INNOVATION ARE THE ONLY WAY FORWARD

One thing we should have learned from the COVID-19 pandemic is that the most realistic route to the significant reduction of GHG emissions must lie in technology—not in stunting the growth of our economy with excessive restrictions, regulations, and costs. Advances in technology have been the only significant and cost-effective route to reduce emissions in a sustained way. The pandemic, meanwhile, amply demonstrates that reducing demand is completely unfeasible, and far more expensive than even the wildest GND estimates.

Our resources would be far better spent finding ways to adjust to climate change, rather than trying to halt the irresistible and benevolent force of economic growth.

The bottom line is that climate change is inevitable and should be addressed by technological innovation and some rather obvious approaches (like aggressive forestation and much wider use of nuclear power). This is not to say that cost-effective investments in renewable energy should stop, but they must be intelligent—proposals for solar farms in Seattle and Bismarck need not apply—and massive subsidization will simply not be worth the cost.

Our resources would be far better spent finding ways to adjust to climate change, rather than trying to halt the irresistible and benevolent force of economic growth.

Much has been written—including by us—about various aspects of the pandemic, including the many misconceptions and myths about it, irrational and flawed governmental responses, and the explosion of scientific and medical knowledge. But we did not expect to see a contrived link to climate change emerge so prominently. COVID-19 does have something to teach us about climate change, but it isn’t what the likes of The Economist, AOC, and pediatric activist Greta Thunberg would have us believe.