Bernie Sanders Didn’t Have the Will to Win. 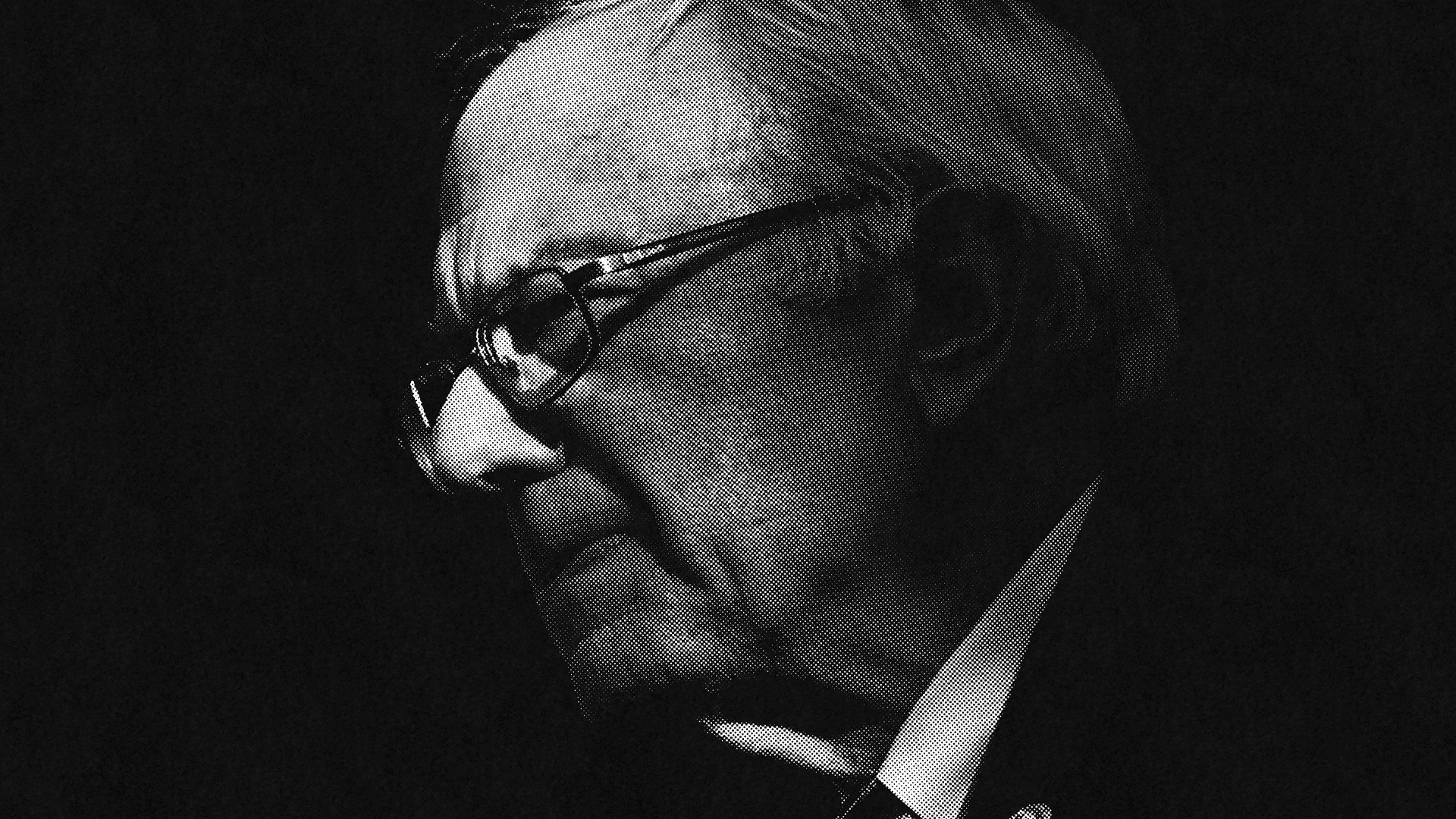 Bernie Sanders dropped out of the Presidential race this morning—more or less a fait accompli, given that his opponent, Joe Biden, has amassed an insurmountable delegate lead.

For months now, we’ve heard Sanders routinely talked about the need for a “political revolution” in this country, and how establishment Democrats were out to destroy his campaign. And yet, when it came down to a fight between Bernie and the single most establishment candidate in the race, Joe Biden—Bernie blinked.

But policy, as always, is not enough. And in this case, Bernie misread the room: Democrat voters were less concerned with aggressive policy proposals, and more focused on beating Donald Trump. At least, that was the case in South Carolina, where a late endorsement by Jim Clyburn tipped that race in Biden’s favor.

Many people are out there saying that Bernie’s socialism was simply unpopular. But that’s not what doomed Bernie—after all, Biden hardly had any enthusiasm behind his warmed-over Obama 2012 platform. Even now, polling shows that Democratic voters aren’t all that enthusiastic about voting for Biden, but have held to the belief that Biden could somehow prevail over Trump.

That belief persisted because of Sanders’ campaign strategy: Bernie simply refused to attack Biden’s electability—despite having every opportunity to do so.

Let’s start with the Ukraine scandal. While President Trump was subjected to a months-long impeachment drama over a perfectly legal phone call with the President of Ukraine, Democrats glossed over the real scandal—the one involving Joe Biden and his son, Hunter.

This is exactly the type of corruption that Bernie Sanders has railed against for his entire political career. And yet, when push came to shove, Bernie refused to bring it up against Joe Biden and hold him accountable.

Hunter Biden, lest it be forgotten, took a job to sit on the board of Burisma, a Ukrainian energy company notorious for corruption. He took this job while his father was Vice President, and was acting as then-President Obama’s “point man” on Ukraine.

Joe Biden, of course, insists he never discussed Ukrainian business with his son. But even if we take the former Vice President at his word, Hunter’s dealings stink of rank corruption. Hunter and his father wouldn’t need to talk for the appointment to have its desired effect: what Ukrainian prosecutor would go after Burisma when a board member was the son of the Vice President of the United States?

Hunter’s position on the board was a clear and unambiguous warning sign to the Ukrainian government: do not investigate this company, or you may damage relations with your most powerful and important ally. None of that required Joe Biden to personally take any money from Ukraine. None of that required Hunter to actually use his board position for nefarious ends. All it required was Hunter to let his name appear on the Burisma website for an $83,000/month no-show job.

This is exactly the type of corruption that Bernie Sanders has railed against for his entire political career. And yet, when push came to shove, Bernie refused to bring it up against Joe Biden and hold him accountable.

Perhaps Ukraine would have been a difficult sell, given how invested the Democrat base was in defeating President Trump. Maybe it would’ve appeared as too obviously taking your talking points from the Republican base.

“[H]e looked annoyed and he looked angry and he said something else to me that I, I don’t want to say. And I must’ve looked shocked … [then] he grabbed me by the shoulders and he said, you’re okay. You’re fine. You’re okay, you’re fine. And then, he walked away and he went on with his day.”

But that excuse certainly doesn’t apply to the allegations of Tara Reade.

Tara Reade worked for then-Senator Biden in the 1990s, when she alleges that she was sexually assaulted by Joe Biden. The details of her explanation are sordid: in an interview with Current Affairs, Reade accused Biden of assaulting her in 1993, pinning her up against a wall and digitally penetrating her during an encounter on Capitol Hill. “And for me it was like everything, everything shattered in that moment. I looked up to him, he was like my father’s age. He was this champion of women’s rights in my eyes. And I couldn’t believe that was happening. It seemed surreal,” Reade recounted. “[H]e looked annoyed and he looked angry and he said something else to me that I, I don’t want to say. And I must’ve looked shocked … [then] he grabbed me by the shoulders and he said, you’re okay. You’re fine. You’re okay, you’re fine. And then, he walked away and he went on with his day.”

In the era of #MeToo, this should have been a slam dunk for Bernie. Like most Democratic politicians, Biden himself insisted that we should believe women who come forward and allege that they have been abused.

Of course, were he to suggest that these allegations weren’t “credible” enough, Bernie would’ve had no ground to stand on. He voted to impeach Brett Kavanaugh, after all, based on even flimsier allegations. Joe Biden clearly knows who Tara Reade is. Conversely, Democrats were unable to establish that Brett Kavanaugh even met Christine Blasey Ford—let alone the other two accusers who formed the basis of the Senate Democrats’ campaign against Kavanaugh.

But, far from believing and supporting Reade, Bernie refused to even mention this “problem” with his opponent Joe Biden.

And it’s not the first time.

Bernie’s 2016 campaign was, if anything, more successful than Bernie’s 2020 campaign—and yet the same flaws impaired it. Bernie had ample ground to attack Hillary Clinton’s character, and to impose his will on the Democratic party.

Bernie had ample ground to attack Hillary Clinton’s character, and to impose his will on the Democratic party.

And yet, when given the opportunity, he simply refused.

Let’s start with the emails. Hillary Clinton set up a private, home-brew server to conduct government correspondence, an explicit violation of agreements she had signed as secretary of state. Some of the emails on that server were classified, and Hillary came extraordinarily close to an indictment on felony charges of mishandling classified information.

Why did Hillary do this? We don’t know, for sure, though litigation over her having to sit for a deposition to talk about the matter is still ongoing. It’s reasonable to think that Hillary had a private server to keep her emails away from the spotlight of the Freedom of Information Act.

And yet, despite this clear violation of duty, Bernie Sanders wouldn’t attack Hillary Clinton over her email server. Nor would he attack Clinton on any of her other personality traits.

And when evidence came out that revealed Hillary had colluded with the DNC to work against Bernie, he humbly submitted to the Democratic party and conceded defeat. He could have sued; he could have made it out to be the big deal that it was. Instead, he just gave up.

THE WILL TO WIN

Bernie Sanders could have won the 2020 nomination. He had a massive, broad base of support, with more individual donors than any other candidate. He won a number of early primaries, had intense grassroots support, and enough money to keep going to the convention.

Biden is eminently beatable: he’s 77 years old, clearly on the decline, with a lifetime of baggage of shady dealing and centrist positions that are completely out of step with the modern Democratic party.

But what he didn’t have was the will to win, especially once the DNC establishment unified behind Joe Biden.

Biden is eminently beatable: he’s 77 years old, clearly on the decline, with a lifetime of baggage of shady dealing and centrist positions that are completely out of step with the modern Democratic party. And yet Bernie held his fire. He said nothing about Biden’s son taking $50,000 a month from Burisma, nothing about Tara Reade, nothing about Biden’s obvious mental decline.

Bernie Sanders has said, for five years, that nothing less than a “political revolution” is needed in America. He’s spent his entire political career arguing that a radical restructuring of the American economy to favor working people is a moral imperative.

Apparently, it’s not enough of a moral imperative to even say the names of Hunter Biden or Tara Reade.

Bernie had the means to win this race.

He lacked the will.