What the Democrats Have Done During Coronavirus is Enough to Make You Sick. 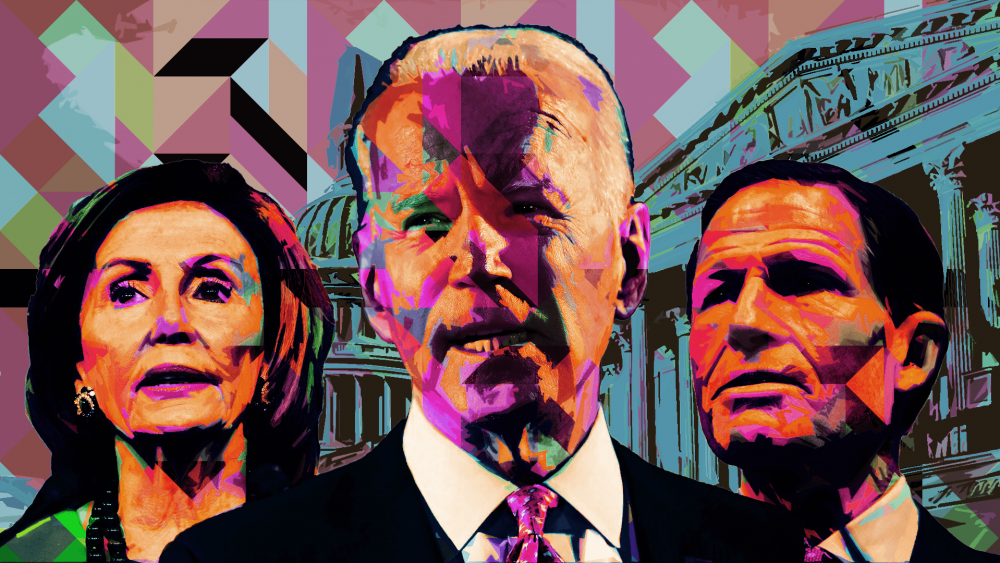 Americans are no doubt increasingly concerned about how prepared their country is to face the impending coronavirus (COVID-19) pandemic. This should be a time when everyone—regardless of party affiliation—comes together to ensure the crisis is dealt with efficiently and effectively.

True to form, Democrats are politicizing the crisis, and are seeding discord at a time when national unity is more critical than ever.

Instead, Democrats like Sen. Richard Blumenthal, a phony Vietnam War hero, are taking to media channels to express their outrage at the Trump administration. They claim the President is either doing nothing or his actions are terrible—that he’s somehow even making things worse.

Blumenthal groused that he was “appalled and astonished that we have lost a critical two months” in dealing with the coronavirus. Just what was transpiring during those critical two months? Why the impeachment of the President, of course—a process that was equally a waste of time and the worst political farce to ever inhabit a Washington theater.

The Democrats have become masters of the political art of projection: falsely identifying their own faults in other people. There are no more racist people than the leftists who are so obsessed with race that they insist upon interpreting every issue on racial terms. Rep. Adam Schiff (D-CA) regularly charges President Donald Trump with lying, yet he continues to spin the Russia collusion hoax, long after he even debunked it himself. So instead of assessing the situation in Wuhan, China, we’re forced to hear about how Donald Trump was sure to give Alaska back to the Russians as soon as Vladimir Putin helped him “cheat” in the 2020 election.

Then there’s the blatant lie that President Trump called the coronavirus a hoax and therefore was taking this outbreak very seriously at all. (Note: this bit of fake news actually started with the media themselves; Politico brazenly distorted Trump’s words from a South Carolina rally where he said the Democrats were depicting his administration as doing nothing about the virus, which was, of course, a hoax. When the media began parroting this line, the Democrats quickly picked it up—until a Washington Post reporter of all places, fact-checked failed Democratic presidential candidate Michael Bloomberg for repeating this nonsense).

True to form, Democrats are politicizing the crisis, and are seeding discord at a time when national unity is more critical than ever.

JOE BIDEN: THE MAN WITHOUT SHAME

Joe Biden, who once declared segregation to be good for “black pride,” denounced President Trump’s Wednesday night speech to the nation as xenophobic because he dared to state the fact that this disease originated in China. (Biden was no doubt getting his latest talking points from the Chinese Communist Party who assert that the pandemic was exported to China via the United States). President Trump’s opponent Jim Acosta also suggested that it was in extremely poor taste to bring China into this coronavirus thing because doing so “smacks of xenophobia.”

“The man is raising money off of the coronavirus challenge facing our country. Does he have no shame? Is there no decency that says, you know what there are some moments when we shouldn’t be taking things and using them for crass political purposes.”

President Trump has even earned the opprobrium of the Democrats and their media for somehow infusing COVID-19 with racism or “xenophobia,” a world that hasn’t been in common usage since the Democrats themselves worried about the “yellow peril” (Asian immigrants) arriving on American shores. Every time the President correctly identifies the coronavirus as being “foreign” or from China, there is certain to be a sensitive Democrat shaking their heads and pronouncing such language to be racist.

Biden and other Democrats, while they aren’t suggesting Trump has done nothing but watched the crisis unfold, are simultaneously highly critical of the President’s decision to invoke travel ban against China (an obvious thing to do, a policy enacted by nations worldwide, and one that has probably saved thousands of lives) because they assert his motivation to be sinister.

Biden, who seems to live in a universe of his own denial, topped off his criticism of Trump by actually fundraising off of the COVID-19 pandemic. This last act led venerable Republican strategist Karl Rove to comment, “The man is raising money off of the coronavirus challenge facing our country. Does he have no shame? Is there no decency that says, you know what there are some moments when we shouldn’t be taking things and using them for crass political purposes.”

How else have the Democrats blatantly politicized the outbreak? Well, last Friday, House Speaker Nancy Pelosi—renowned for her piety and prayers for the President—actually tried to get abortion funding tied to the coronavirus economic stimulus bill. The measure essentially tried to get the Hyde Amendment repealed as part of the emergency coronavirus relief legislation that passed late Friday night. The amendment prohibits federal tax dollars being used for abortion. It was and is a cornerstone of the pro-life movement and remains a political obstacle to Pelosi, who, despite her claims of being as devout as any nun, is really a smorgasbord Catholic who picks and chooses her doctrines.

It’s probably safe to say that most Democrats—even Schiff and Pelosi—want to beat the coronavirus; they’d be crazy if they didn’t. But it’s not too much of a stretch to think they are not secretly relishing the declining economy. And they cannot resist somehow blaming this whole matter on Donald Trump—just because he’s there. Even if the President discovered a cure for this disease, he would get no credit for it, just as he is receiving no applause from Democrats for the actions he is taking.

At the end of the day, the Democrats are committed to the national interest—just so long as the nation is run by the Democratic Party.