I Faced Down AOC in the Halls of Congress. 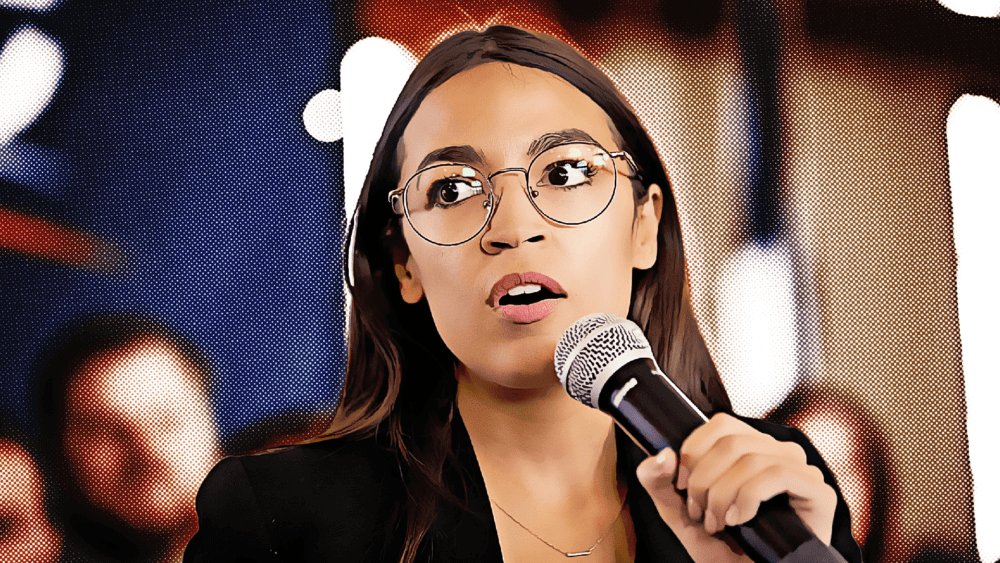 In the early February Congressional hearing, I testified on behalf of Rep. Mark Meadows and Jim Jordan as a part of the Congressional Oversight Committee’s support of the Trump Administration’s proposal to recalculate the federal poverty line. The Big Government welfare state Congressional Democrats were, of course, against this, and used most of their time to hyperbolically argue that any attempt to adjust how poverty rates are calculated would “punish” the poor.

I was the lone conservative, testifying witness in a room full of Congressional Democrats who wanted nothing more than to shame me. Democrats wanted to shame me for my first-hand experience of how welfare programs rarely help to lift people out of poverty. They wanted to shame me for my audacious belief that Americans would be better off taking control of their lives than putting them in the hands of the Federal Government.

And that’s what they tried to do. In response, U.S. Rep. Alexandria Ocasio-Cortez went viral last week with her smug, condescending dismissal of my uniquely American story of lifting myself from humble beginnings and achieving middle-class success. “You know this idea, this metaphor of a bootstrap started off as a joke, ” AOC quipped. “Because, it’s a physical impossibility to lift yourself up by a bootstrap, by your shoelaces ... It’s physically impossible!”

Now, in most conservative circles, Alexandria Ocasio-Cortez is a meme. A joke. Someone to be caricatured and laughed at.

But take it from someone who faced her down in Congress, she is no laughing matter.

My life story, which I shared before AOC and her colleagues, stands in defiance of AOC’s claim that bootstrapping is “physically impossible.”

[I]t is not a joke that millions of Americans lift themselves out of poverty and into the working and middle classes.

For a short period of time, after she and my father divorced, my mother got welfare benefits to help support my family. I am too young to remember this, but she’d tell me stories of how much she hated being on welfare, and couldn’t wait to get off. She did, going on to become a secretary and eventually a truck driver. We weren’t “rescued” from poverty by the Federal Government, we were lifted up when we needed to be, and lifted off of it once my mother got a job and could support the family. When I was 17, I joined the United States Army right out of high school, eventually deploying to Kuwait and Iraq. The military, for me, was not only a way to serve my country but a path out of the humble surroundings of my hometown. The path I took is open to most Americans who choose to take it.

Yet, if you listen to AOC and her cronies in Congress, you’d think that my story is “a joke.” Yes, those were her exact words in response to my testimony in her closing remarks.

Unfortunately, instead of lifting up my own and similar stories of hard-working Americans, the conservative media resorted to tired tactics of humor and meme-ification. Their strategy was to dismiss her outright.

I’m not a conservative that wastes too much time laughing at Congresswoman Ocasio-Cortez. Her appeal is massive, and her danger is real. While conservative media laughs at AOC, the left is using her to build an army.

AOC tells her fawning leftist fans that America is a dangerous, racist, sexist, homophobic place that hates anyone who is “different.

AOC is highly appealing to a young populace. She’s a young, minority, working-class woman who will sell socialist ideologies disguised as populist ideals to an eager and willing young population—one that will listen to her because she is like them.

And here’s the thing: they do listen to her. Her anti-work ethic, anti-“bootstrapping” response to me got millions of views on social media. Her story is seen as heroic. Mine? It’s barely seen.

AOC tells her fawning leftist fans that America is a dangerous, racist, sexist, homophobic place that hates anyone who is “different.” That is the story she and her cronies in The Squad tell millions of Americans who look like them. They tell African-Americans and other people of color that we are victims in constant need of government assistance, that we can’t help ourselves, and that all we need to do is keep them in power, and they will take care of us. They—like Rep. Ocasio-Cortez—denigrate military service as participating in the “military-industrial complex” while advocating for further expansion of the welfare state.

Conservative media—and the movement in general—do ourselves a grave disservice when we portray AOC as some kind of clown, while doing little to elevate the stories of those in our movement who are best suited to poke holes in her ideology. It is not enough to laugh at AOC and those like her.

Conservatism needs a new message that will break through to the disaffected millennials who are warming to socialism at alarming rates. When we start to share the stories of millions of Americans who have achieved the American Dream through hard work, ingenuity, and a stroke of good old-fashioned luck, we will win. But first, we’ve got to stop laughing and get to work.