China Catches Cold from the Wuhan Coronavirus—and the World Sneezes. 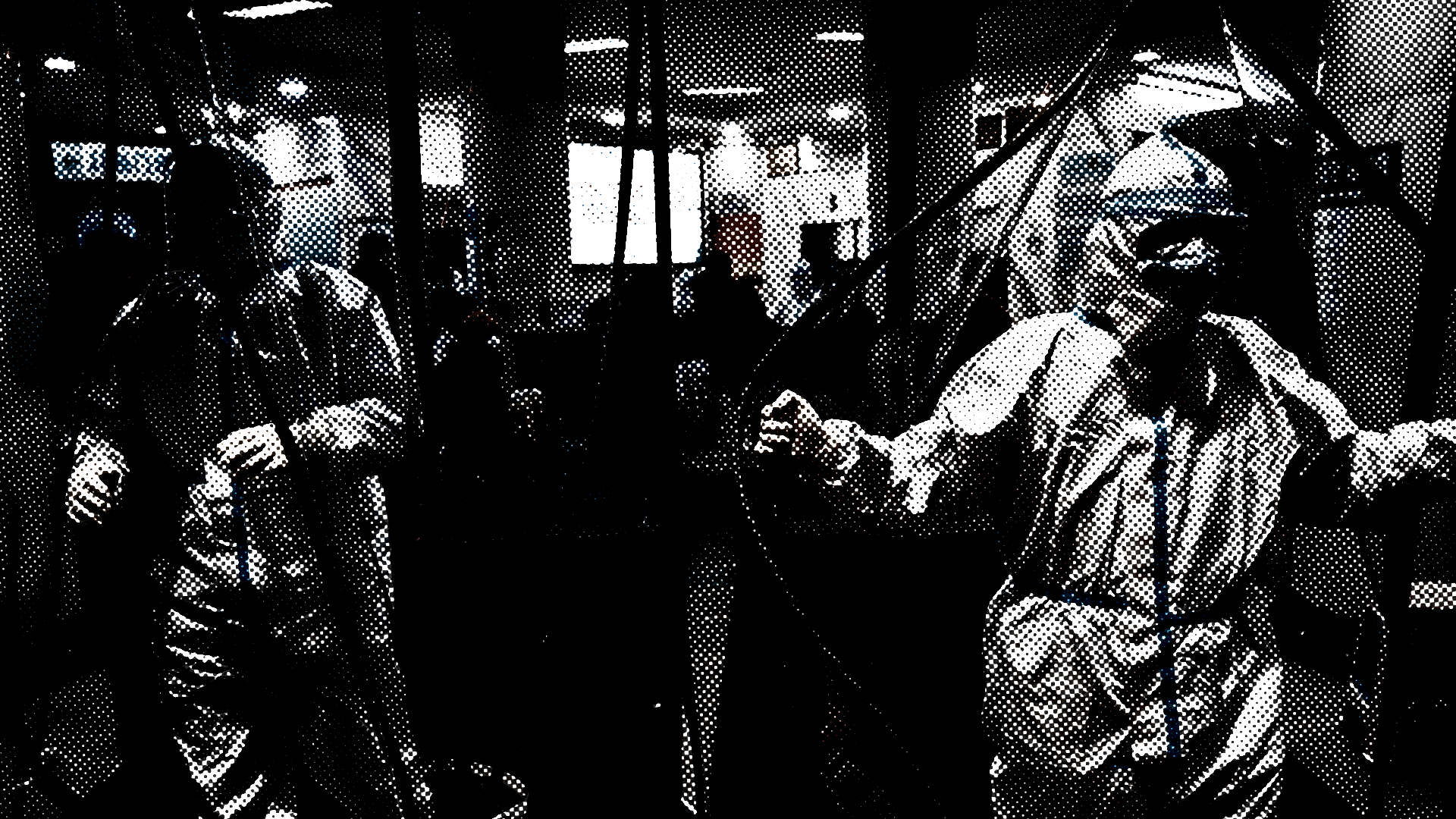 The outbreak of infections from a novel virus that appears to have originated in Central China has elicited a storm of commentary, much of it uninformed. Opinions have ranged from predictions of a worldwide apocalypse to dismissal of quarantines and "social distancing" as a kind of public relations stunt by the Chinese government—neither of which is likely to be true. Even at this early and rapidly evolving stage of the outbreak, science can and should inform our actions.

I have what you might call a complicated relationship with viruses.

The new coronavirus that originated in Wuhan, China, in December (officially designated 2019-nCoV) or perhaps as early as October, is interesting in a number of ways—in terms of genetics, epidemiology, evolution, even public policy.

In graduate school, I did virology research, and my first important publication described the discovery of an essential enzyme in the influenza (“flu”) virus. Back then, viruses were hard to grow in the lab, and I had to become somewhat simpatico with them in order to conduct my research. However, it wasn’t until later on in medical school that I saw the misery, morbidity, and death that viruses like flu, measles, HIV, and hepatitis can inflict, let alone the few, like rabies, Ebola, and smallpox, that kill upwards of 90% of people infected. (In an average year, seasonal flu kills 36,000 Americans). I have been fascinated by viruses ever since, especially as new ones that emerge.

The new coronavirus that originated in Wuhan, China, in December (officially designated 2019-nCoV) or perhaps as early as October, is interesting in a number of ways—in terms of genetics, epidemiology, evolution, even public policy.

First, some basic information about outbreaks of infectious diseases, and viral illnesses specifically. There are several factors that determine how damaging and worrisome outbreaks will be. The first is the degree of infectiousness, or ability to spread. Examples of the extremes are noroviruses, which can sweep rapidly through an institution or cruise ship, and the rabies virus, which is almost always transmitted to humans through the bite of a warm-blooded animal.

The second is virulence—the severity or degree of pathogenicity of the infection. Using the same two examples as above, norovirus infections cause severe nausea, vomiting, and diarrhea, but the symptoms are short-lived and almost never cause significant morbidity if treated symptomatically. Thus, although high in infectivity, they are low in virulence. By contrast, by affecting the brain, rabies gives rise to central nervous system symptoms and is almost always fatal once symptoms occur.

Not surprisingly, the most worrying events are a combination of high levels of both infectiousness and virulence. An example of that would be flu in a bad year—one in which the vaccines aren’t a good match for the viruses circulating in the population, which gives rise to high numbers of illnesses, hospitalizations, and deaths. This flu season in the Northern Hemisphere is looking like a pretty average one; the CDC estimates that so far there have been at least 13 million illnesses, 120,000 hospitalizations and 6,600 deaths from flu.

That brings us to the new virus, a member of the coronavirus group (seven of which are known to infect humans), that originated in Wuhan, China. What we would like to know, of course, is where on the spectrums of infectiousness and virulence this virus (officially designated 2019-nCoV), falls.

The short answer is that we don’t yet know—but the situation is rapidly evolving.

THE SCIENCE OF CORONAVIRUSES

There are a number of things we do know, however.

Coronaviruses cause about 10-30% of common colds, and they’re found in many animals, which act as “reservoirs” from which they can jump to and infect humans. Sometimes, this occurs as the result of physical proximity (most of the first cases of 2019-nCoV are thought to have been transmitted from animals for sale in a market in Wuhan to people shopping or working there).

It can also happen because of a genetic mutation, or because of reassortment of segments of genetic material if two kinds of virus infect an animal or person simultaneously. (In the latter case, the “chromosomes” of the different viruses rearrange, or “reassort,” giving rise to a novel virus that may have new, dangerous traits). An article en route to publication in the Journal of Medical Virology suggests that the 2019-nCoV virus may have originated in a snake and then infected humans, possibly via an intermediate animal.

Over the past 18 years, two other novel coronaviruses emerged from animals, both probably originating from a bat. They caused illnesses called Severe Acute Respiratory Syndrome (SARS) and Middle East Respiratory Syndrome (MERS), respectively. Both have had a high mortality rate, which is part of the reason for a high level of concern about 2019-nCoV among scientists and public health officials. Another reason is the way the virus is transmitted. It is able to spread from human to human, probably via the respiratory route, given that the symptoms commonly include fever, cough, infiltrates in the lung (that is to say, pneumonia), and shortness of breath. However, the fact that no human to human spread outside China has yet been documented is reassuring. At least in countries with sophisticated medical care, that might be due to good hospital emergency room practices—isolation and “social distancing” for patients who present with fever and signs of respiratory infection.

Chinese authorities have reported 82 deaths and more than 2,800 cases. There have also been a small number of confirmed cases in Taiwan, Japan, Thailand, South Korea, Singapore, Vietnam, Nepal, Australia, and the United States. If those numbers are correct, the mortality rate for symptomatic cases is around three percent. (It was 10% with SARS, and 30-35% with MERS).

It’s important to note, however, that the number of cases counts only hospitalized patients; they do not include people who are infected but asymptomatic, or who have mild symptoms that seem more like a cold or the flu and who have not sought medical attention; that is of particular concern in a country like China with a large rural population. The actual total number of cases is likely much larger than the case count.

THE IMPORTANCE OF SWIFT AND EFFECTIVE ACTION

There are no FDA-approved antiviral agents that work for coronaviruses, nor are there vaccines, although several to protect against 2019-nCoV are in very early development. However, given that none is yet in clinical trials and the FDA’s glacial pace in approving drugs administered to large numbers of healthy people, they won’t be viable in the foreseeable future, if ever.

The bottom line is that for the time being, we need to maintain surveillance, practice good “social engineering” and isolation techniques, provide appropriate supportive care for infected patients, and create the infrastructure for rapid vaccine development in the future.

Current patients are being treated supportively, with fluids and respiratory treatments, as necessary.

For a dynamic and potentially dangerous situation such as this, public health officials need to act quickly, decisively, and collaboratively, which seems to be happening. Wuhan, a city of 11 million, has become virtually isolated, with no air, train, or bus traffic in or out, and public transportation halted. Other major Chinese cities, including Beijing, have banned all large gatherings over the coming Lunar New Year festival. Contacts of patients who test positive for 2019-nCoV are being isolated and monitored worldwide. In addition, airports in various countries around the world, including some in the United States and Australia, are screening passengers arriving from Wuhan for fever. Those who are positive undergo secondary screening‚—for example, with a chest X-ray.

One confounding factor in preventing the spread of infection is that the incubation period—the time from exposure to the onset of symptoms—can be long, believed to be up to about two weeks. That means that contacts of active cases could travel long distances before they manifest symptoms. Therefore, more cases are expected.

The bottom line is that for the time being, we need to maintain surveillance, practice good “social engineering” and isolation techniques, provide appropriate supportive care for infected patients, and create the infrastructure for rapid vaccine development in the future.