The luncheon was an opportunity to strengthen ties of solidarity between the historic Republic of San Marino and the United States, two members of a very small and constantly endangered club: the fraternity of free republics.

The Republic of San Marino, while small in size with an area of 23 square miles (60 square kilometers), is the longest surviving republic in the world. Founded in the year 301, it has been throughout its history a country for peoples of all nations to seek asylum from persecution and despotism, the first being the Christian Marinus, for whom the country is named.

San Marino has been able to defend itself from conquest for more than 1,800 years. Nations and states that have failed to conquer the republic include the Duke of Montefeltro in Urbino, the armies of Napolean, the newly united Kingdom of Italy in 1861, and a variety of nations in the course of two World Wars.

Many believe, inaccurately, that the United States is the primary republican experiment in this world, but San Marino is the true original. In fact, the two countries have enjoyed a longstanding friendship since 1861, when the Sammarinese made President Abraham Lincoln an honorary citizen of the republic.

At the time, Secretary of State William Seward and President Lincoln wrote back to the Most Serene Republic of San Marino, forming an alliance that continues today.

“It’s not necessarily just the military community,” said Henry. “A lot of the folks down there, the older couples among them, quite a few of them were born there and then emigrated to the United States. In fact there are about 9,000, which in a sovereign country that’s 23 square miles is pretty significant.”

The population of San Marino is about 32,000 people today, and the family and fraternal ties with the United States are as strong they have ever been, said Henry. Many are of the baby boomer generation who have gone back and forth between America and San Marino, and are now settling into their home country for their retirement years.

“We met a quite a few of the ‘children generation’ — young adults in their 20s and 30s,” Henry explained. “It was quite a surprise for me, it was very interesting.”

The 173rd Infantry Brigade Combat Team (Airborne) “Sky Soldiers” plan to build on the historical Sammarinese-American friendship in future, when they attend two events later this year, Henry said. They will visit a traditional medieval festival Sept. 3-4, and in December, the celebrations that center on San Marino’s patron saint, St. Barbara, who is also known as the patron saint of the artillery. 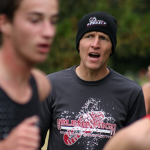