Connect with us
Wednesday at 11 a.m. EST

In 1776, the American people were at war, fighting to preserve the common principles that bound them together in society. They were fighting to defend the fundamental truths set forth in the Declaration of Independence â??that all men are created equal, that they are endowed by their Creator with certain unalienable rights, that among these are life, liberty, and the pursuit of happiness.â?ť

Today, we still celebrate our independence and pay tribute to our founding charter, but do we really understand it? Do we know the meaning of our creed? If we think Congress can regulate virtually every aspect of our being, then the answer is no. If we believe government should take money from one to give to another, then the answer is no. And if we accept a president who claims a power to kill Americans charged of no crime simply because he deems them a threat to society, then the answer is definitely, positively, and unquestionably no.

In the very first sentence of the Declaration of Independence, our founders wrote that the American people were breaking from British rule to live by the tenets of Natural Lawâ??â??to assume among the powers of the earth the separate and coequal station to which the Laws of Nature and Natureâ??s God entitle them.â?ť To understand the meaning of our creed, we must come to know Natural Law.

Natural Law philosophy, which was first developed over 2,000 years ago, is the idea that universal laws govern all human interactions and that these laws, or truths, are discoverable by human reason. Aristotle wrote in Rhetoric (ca. 350 BC), â??Universal law is the Law of Nature. For there really is, as everyone to some extent divines, a natural justice and injustice that is binding on all men, even on those who have no association or covenant with each other.â?ť

Locke and Blackstone greatly influenced American political thought in the revolutionary periodâ??in fact, their written works and have been referred to as â??the political Bibles of the constitutional fathers.â?ť Not surprisingly then, the founding fathersâ?? first declaration of colonial rights in 1774 likewise asserted that the American people, â??by the immutable Laws of Nature . . . have the following rights: . . . that they are entitled to life, liberty, and property.â?ť

The three principal natural rights to life, liberty, and property are deduced from our basic condition in the State of Nature, where there is no government or society.

In this natural state, individuals are created equal by God and are forever His possessions. Locke wrote that people are â??the workmanship of one omnipotent and infinitely wise Maker; [and because they are] all the servants of one Sovereign Master, sent into the world by His order and about His business, they are His property . . . made to last during His, not one anotherâ??s pleasure.â?ť Life is given to us by God, and therefore can only be taken by Him. Blackstone referred to life as â??the immediate gift of God, a right inherent by nature in every individual.â?ť He therefore reasoned, â??The natural life, being . . . the immediate donation of the Great Creator, cannot legally be disposed of or destroyed by any individual, neither by the person himself, nor by any other of his fellow creatures, merely upon their own authority.â?ť The right to life is absolute because the power over life is the province of God.

The right to property is derived from the natural right to life. As man is bound to protect life, he is also bound to preserve it. In the State of Nature, the efforts of man to nourish life by growing, gathering, and hunting food create property rights in the products of that labor. Blackstone explained that â??a vine or other tree might be said to be in common, as all men were equally entitled to its produce; and yet any private individual might gain the sole property of the fruit, which he had gathered for his own repast.â?ť Locke similarly wrote:

God, when he gave the world in common to all mankind, commanded men also to labor, and the penury of his condition required it of him. God and his Reason commended him to subdue to the earth, i.e. improve it for the benefit of life, and therein lay out something upon it that was his own, his labor. He that in obedience to this command of God, subdued, tilled and sowed any part of it, thereby annexed to it something that was his property, which another had no title to, nor could without injury take from him.

Through manâ??s labor and creativity, a common good can thus become personal property. And property, being essential for the preservation and sustenance of life, must always be protected as a natural right.

The right to liberty is manifest in the State of Nature because people are free from governmental restraint. Yet that freedom is not unlimitedâ??Locke wrote that â??freedom is not . . . a liberty for every man to do what he lists.â?ť Individuals are still bound by Natural Law, for if one may arbitrarily take the lives or possessions of others, then man truly has no freedom except by the mercy and grace of others stronger than he. Blackstone similarly reasoned that manâ??s natural libertyâ??â??a right inherent in us by birth and one of the gifts of God to man at his creationâ?ťâ??is not unrestrained. He wrote that â??natural liberty consists properly in a power of acting as one thinks fit, without any restraint or control, unless by the Law of Nature.â?ť So liberty is thus a freedom that is moderated by Natural Law.

In the State of Nature, although all are bound by the Law of Nature, not all will follow it. And even among those who do, disagreements may still arise without any decided means to resolve them. Locke wrote that the â??inconveniences of the State of Nature . . . necessarily follow from every manâ??s being judge in his own case.â?ť Moreover, manâ??s property is â??constantly exposed to the invasion of others. For all being kings as much as he, every man his equal, and the greater part no strict observers of equity and justice, the enjoyment of the property he has in this state is very unsafe, very unsecure.â?ť Consequently, no matter how free the State of Nature may be, Locke concluded, it is always â??full of fears and continual dangers.â?ť

These problems and dangers in the State of Nature ultimately drive individuals into society. Indeed, it is only out of necessity that government is formed. James Madison wrote, â??If men were angels; no government would be necessary.â?ť Thomas Paine similarly believed that â??government, even in its best state, is but a necessary evil; in its worst state an intolerable one.â?ť

Individuals join in society mainly to protect their natural rightsâ??they consent to an impartial governing body to punish transgressions against oneâ??s rights and to resolve disputes between parties. Benjamin Franklin and Samuel Adams explained, â??In the State of Nature every man is, under God, judge and sole judge of his own rights and of the injuries done him. By entering into society he agrees to an arbiter or indifferent judge between him and his neighbors.â?ť

Locke wrote that people institute government â??for the mutual preservation of their lives, liberties and estates, which [are referred to] by the general name, property.â?ť He stressed that the â??great and chief endâ?ť of men organizing under government â??is the preservation of their property.â?ť Obviously, if government did not aim to safeguard these natural rights, Locke wrote, no one would ever enter society, â??[f]or no rational creature can be supposed to change his condition with an intention to be worse.â?ť No individual, sovereign in the State of Nature, would ever surrender his complete autonomy to a government that could wantonly abuse his natural rights.

In fact, when the people unite in society and consent to government, they cede to it no authority over their natural rights at all. Franklin and Adams underscored this point, writing:

In short, it is the greatest absurdity to suppose it in the power of one, or any number of men, at the entering into society, to renounce their essential natural rights, or the means of preserving those rights; when the grand end of civil government, from the very nature of its institution, is for the support, protection, and defense of those very rights; the principle of which, as is before observed, are life, liberty, and property. If men, through fear, fraud, or mistake, should in terms renounce or give up any essential natural right, the eternal law of reason and the grand end of society would absolutely vacate such renunciation. The right to freedom being the gift of God Almighty, it is not in the power of man to alienate this gift and voluntarily become a slave.

Government is therefore bound to respect the peopleâ??s life, liberty, and property, because, as Alexander Hamilton explained, the universal Law of Nature is always and everywhere supreme:

Â Â Â Â  Good and wise men, in all ages . . . have supposed that the Deity . . . has constituted an eternal and immutable law, which is, indispensably, obligatory upon all mankind, prior to any human institution whatever.

This is what is called the Law of Nature, â??which, being coeval with mankind and dictated by God Himself, is, of course, superior in obligation to any other. It is binding over all the globe, in all countries, and at all times. No human laws are of any validity, if contrary to this; and such of them as are valid, derive all their authority, mediately, or immediately, from this original.â?ť Blackstone.

Upon this law, depend the natural rights of mankind.

This is the meaning of our creed. We are a free people who joined in society to live by the principles of Natural Lawâ??principles that became the purpose for our union, the cause for our independence, and the foundation for our government. These principles, of course, were proclaimed with conviction in our Declaration of Independence, which Thomas Jefferson later regarded as the â??Declaratory Charter of our rights and the rights of man.â?ť

As we reflect upon our founding principles in light of the wasteful regulatory state that our federal government has since become, we must ask ourselves, do we still believe that life, liberty, and property are universal God-given rights that government is bound to preserve? Do we hold these truths to be self-evident today? For the sake of our future, let the answer be yes. 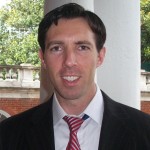