This Day in History: Robert E. Lee resigns his commission 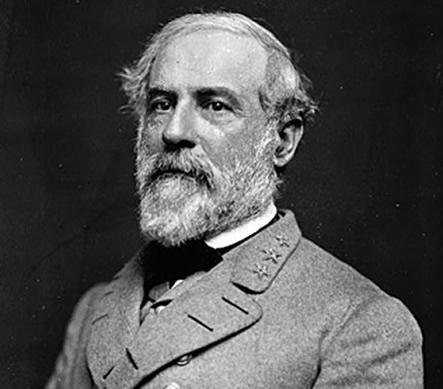 On this day in 1861, the Union lost its most able general when Robert E. Lee resigned his commission. Lee would go on to join the Commonwealth of Virginia in leaving the Union and would also command the newly formed Confederacy???s Army of Northern Virginia.

It would take 114 years for Lee to become, officially, an American again, when President Gerald R. Ford signed a bill restoring Lee???s right of citizenship.

Ford said of Lee in remarks at the signing of the bill:

As a soldier, General Lee left his mark on military strategy. As a man, he stood as the symbol of valor and of duty. As an educator, he appealed to reason and learning to achieve understanding and to build a stronger nation. The course he chose after the war became a symbol to all those who had marched with him in the bitter years towards Appomattox.

In many regards, Lee is an incredibly tragic figure in American history. From the beginning, Lee was forced to make a near impossible decision, one that would be unenviable for any honorable man or woman.

Either Lee would fight for the Union and have to conquer his home, family and friends in Virginia, or he would have to betray the country that his father and his father???s good friend and wife???s ancestor, George Washington, helped build.

Therefore, the story of Lee???s resignation doesn???t begin in 1861, but in 1776, at the beginning of the American Revolution. Lee???s father, Henry ???Light Horse Harry??? Lee joined the patriot cause to defeat the British. He would fight alongside fellow Virginian, Gen. George Washington, in the Continental Army, distinguishing himself in the battles of Paulus Hook, Guilford Courthouse, and Yorktown.

Washington and the elder Lee were both loyal Virginians and Americans that took tremendous risks and made incredible sacrifices to put the burgeoning young nation together and defend it from tyrannical British rule.

The younger Lee would also not pass up the chance to serve the young United States in war. Robert E. Lee would go to West Point and become an officer. His military career led him to service in the Mexican-American War, where he stood out as one of America???s finest soldiers and commanders.

When it became apparent in 1861 that the American union of states was cracking, Lee had to make a terrible decision, one that would seal his fated role in American history.

Lee wrote a letter to his commanding officer, the legendary general who conquered Mexico City during the Mexican-American War, ???Old Fuss and Feathers,??? Gen. Winfield Scott.

???It would have been presented at once but for the struggle it has cost me to separate myself from a service to which I have [devoted] all the best years of my life, and all the ability I possessed,??? Lee said to Scott of his resignation.

In four years of fighting Lee???s legendary Army of Northern Virginia, and the Confederacy of Southern states would be ground down by the might of the Union, and those who survived the war would have to linger on in a country that they had once abandoned and betrayed.

In another era and another war, Lee could perhaps have been universally praised by Americans as a great soldier and a great man. But the legacy of the Civil War and the cause that he fought for have left Lee in a gray area in American history, still venerated in the South but not fully embraced elsewhere.

The place that Lee now resides in the minds of many Americans is exemplified by words he spoke to his family when he announced to them his resignation. Lee said, ???I suppose you will all think that I have done very wrong.???

Lee???s family members, who were as divided about sucession as the nation was, were stunned by his decision.

For some, Lee???s betrayal deserved a terrible punishment. Henry Adams, the historian and descendant of the Founding Father, John Adams, once famously said, ???I think [Robert E.] Lee should have been hanged. It was all the worse that he was a good man, had a good character, and acted conscientiously. It’s always the good men who do the most harm.???

While Lee and the generation of secessionists that fought the Union in the Civil War paid a terrible price and were left separated from the country their fathers created, their Virginian and Southern ancestors would go on to fight for the United States in disproportionate numbers from the Spanish-American War, to World War I and World War II, and to today in the wars in Iraq and Afghanistan.