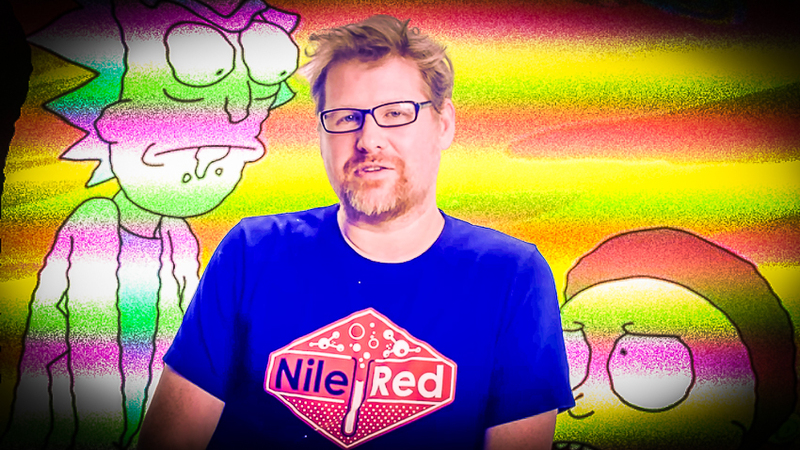 A slew of Justin Roiland’s text messages has reportedly been leaked amid charges of domestic violence. The co-creator and star of Adult Swim’s animated sitcom “Rick and Morty” allegedly swapped private messages with female fans, some of whom were underage at the time.

According to Vizaca, Roiland had sent a number of inappropriate messages to female fans of his professional work. Those within Roiland’s fanbase have apparently accused him of “predatory behavior” and using his celebrity status to reach out to underage girls.

Female fans, now adults, revealed the text messages that they swapped with Roiland in 2015 when they were still minors. However, it is still not clear how many females were in communication with Roiland while they were underage. Roiland has reportedly denied the veracity of the text messages, but he has not yet provided an explanation for them.

On January 15, screenshots of the messages were posted to Twitter by a user called Marty America. The Twitter thread reveals messages apparently swapped between Roiland and a female, the name of which is unknown.

The conversation ramps up quickly, with Roiland reportedly telling the underage girl that she should “just run away from home and go into sex slavery YOU F**KING STUPID FAG**T B**CH!!!” Roiland then sent a separate message immediately after, with “(jk).” The female responded in a similar way, saying “you wish yOU STUPID B***TCHHH.”


Another set of screenshots reveals more conversation between Roiland and the same female. It begins with Roiland asking the female if she would do “video game reviews and stuff like that,” to which she replies that she would like to just be “playing games n sh*t.” It is after the female’s message that Roiland responds by saying “[t]hen once you turn 18 you just start cam whoring.”

Roiland continues with a flurry of awkward and inappropriate messages to the underage girl:

The female user explained in a series of tweets that Roiland had followed her on Twitter in September of 2015, when she was just 16 years old. Excited that she had been followed by someone who had co-created one of her favorite shows (“Rick and Morty”), she ignited the conversation by reaching out to him. She added that though some of the conversation was casual, “some parts were 100% weird.”

She posted: “We spoke on kik briefly because he wanted to hear me speak, I sent him a video of me walking around school just talking random stuff at the camera. He was wasted at the time and he sent me a transcription of everything I said in the video and said he couldn't stop listening to it.”

“It's absolutely crazy to me that there are so many girls out there who have experienced the same thing with him. He has been doing the rounds for years, I haven't been able to watch the show since 2018 because it just made me ill.”

“The worst part about it was I kinda cared about him? We had some slightly deeper convos but I don't feel the need to post those, I actually pityed him for his fame and used to tell me he hated himself.”

Twitter user Marty America made it clear in a post that he did not start these screenshots or allegations, but that they were initially published anonymously. The Twitter account that originally posted this material apparently deleted the screenshots and turned their account to private following their release.

However, the female who received these messages from Roiland apparently posted a TikTok video, explaining details about her engagement with the “Rick and Morty” star. The Twitter user (@un05733352) who posted this video said that they were sharing it on Twitter since TikTok took it down for “sexual activity and bullying.”

A subsequent video was posted to show the female scrolling through the messages on her phone, so as to prove that the messages were not fabricated. The authenticity of these videos and messages has been contested by a number of Twitter users, who suggest that the messages could have been fabricated using an application.

One Twitter user, by the name “hehelolmao” responded to the messages, saying: “fake twitter, instagram, facebook and message apps still exist I literally made a conversation like this for a meme of me and elon musk talking about anime [...] If you want attention just get more creative about it, you don't have to try ruining someone's life further.”

These awkward exchanges between Roiland and this particular female appear to be corroborated by others who have had similar experiences with the “Rick and Morty” co-creator. One Twitter user, by the name “K,” posted a screenshot of a message from Roiland, which reads: “Are you going to get Morty tattoo’d on your boob licking your nipple? If not you, then who?”

Comedy musician and former editor of MAD magazine, Allie Goertz, also shared her unusual exchange with Roiland through a Twitter post. The comedian posted a screenshot of her conversation with Roiland, dated sometime in 2015, where he said: “Can you write a song about 9 Dick’s of different sized and ethnic origins hanging above your face, and then in the lyrics describe how they each splatter you with semen, BUT - IMPORTANT - the larger message of the song is about how we are all the same and NO MORE RACISM!”

Later in the exchange, Roiland messaged Goertz the following: “Sorry allie. I’m ok my 4th glass of wine. This was all off record. Don’t break by TRUST YOU A**HOLE!! (Jk you’re alright).”

In many of these messages, Roiland notes that he is intoxicated and just kidding. It is unclear if he was really drunk during these conversations, or if it is a way to cover for saying something that did not garner the response he wanted.

Roiland’s inflammatory remarks go back even further. In a podcast episode dated December 30, 2011, Roiland reportedly suggested that a 13-year-old used to be treated as a woman, saying: “One hundred years ago it was little 13-year-old girls - if they were built like a woman they were getting married and having kids. And now we’re going to be all precious about it?”


The flurry of awkward audio clips and screenshots concerning Roiland has exploded on social media amid charges of felony domestic violence with corporal injury and one count of false imprisonment by menace, violence, fraud, or deceit.

The first charge states that Roiland “did willfully and unlawfully inflict corporal injury resulting in a traumatic condition upon JANE DOE, who was in a dating relationship with the defendant." The second charge accuse him of false imprisonment of the same woman in January of 2020.

On Tuesday, Adult Swim announced that it has cut ties with Roiland, according to the official Rick and Morty Twitter account. The tweet read: “Adult Swim has ended its association with Justin Roiland. Rick and Morty will continue. The talented and dedicated crew are hard at work on season 7.”


Adult Swim has not yet made it halfway through its 70-episode deal commissioned by the company in 2018, which raises questions about the series’ future. Roiland’s animated series is reportedly the most-watched show on Adult Swim, with its sixth season bringing in 560,000 viewers on its initial airing.

According to NBC News, Roiland was initially arrested in 2020 and released on a $50,000 bond in August of that same year. He was subsequently arraigned in October 2020. He has pleaded not guilty to all charges brought against him.
justin roiland