DAVID MARCUS: Pat Buchanan's Legacy Is the Future of the New Right 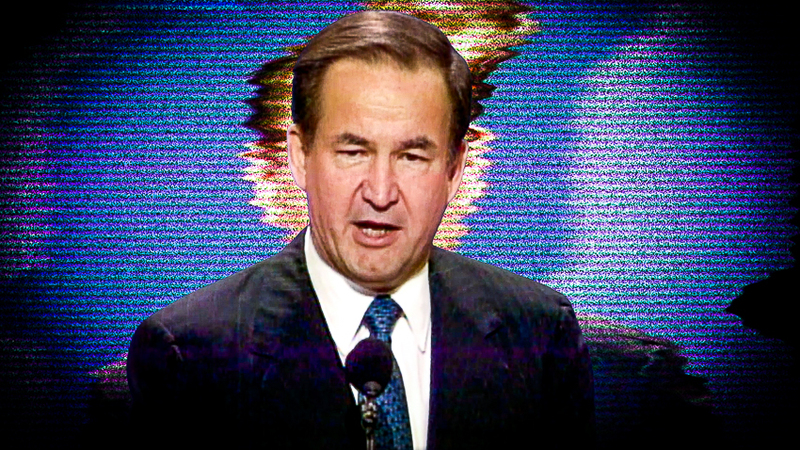 As a teenager in late 1980s Philadelphia, everyone I knew was a Democrat. There were liberal Democrats, pro-life conservative Democrats, long dead Democrats who voted nonetheless, but no Republicans. The only local member of the Grand Old Party I was even vaguely aware of was literally named Thatcher Longstreth, a city councilman, 8th generation Quaker Phildelphian from the city’s wealthiest neighborhood, and yes, he wore a bow tie.

Then one Sunday morning, my lefty parents made a fatal mistake, they put on a TV show called the McLaughlin Group, and there was this pugnacious Irish Catholic conservative saying things I’d never heard before. His name was Pat Buchanan. And this week he announced his retirement as a columnist.

Buchanan's long career as a columnist was an esteemed one, with his words appearing in Human Events, National Review, and many others.

At a time when both parties seemed hellbent on an “end of history” globalism and an imperial America, Buchanan asked why we couldn’t manufacture goods at home, why we had to police the globe, and maybe most importantly why we had to abandon Western cultural values to the emerging forces of political correctness. You might say he was asking, why can’t we put America first?

It would be another decade or so before I finally abandoned the party of Jefferson and Jackson, but through all that time, reading Buchanan’s columns and watching his presidential runs, as a kind of Democrat who just doesn’t exist anymore, I always found myself saying, “huh” as I nodded along in agreement.

And it wasn’t just his ideas, it was his personality, quick with jokes, always smiling, a twinkle in his Irish eyes. Back then, conservatives on the national scene, like George Will, again with the bow tie, almost seemed to apologize for it. It was as if they prefaced every comment with “I’m sorry I have to say this, but…” Pat Buchanan wasn’t sorry, he thought loving America and the Lord was great.

As a columnist, Buchanan has always been adroit, witty, to the point, and a font of historical knowledge. He understood the key to being a great columnist is not hot takes, it's not stats and statistics, or insider information, its style. The best columnists are the ones who you want to sit at the bar with and talk a little politics. Judged by that standard, Buchanan is unsurpassed. Every good writer studies the work of great writers, and when it comes to columns, there is no scribe I’ve studied more.

A few years back, I had the chance to appear on the McLaughlin Group, sitting next to Buchanan representing the right. In my decade as a journalist, no moment can match the surreal thrill it gave me. I remember thinking back to my parents living room, their sighs of frustration every time he gave Eleanor Clift the business in his loud but affable way. Now, I would be there, aside my political hero, an absolute dream come true.

By that time, something had happened that would alter Buchanan’s legacy forever. Donald Trump had won the GOP nomination for president, and then the presidency itself. Aside from possibly H. Ross Perot, there was no figure who presaged Trump’s unique brand of populism more than Buchanan. In an instant, he went from a pesky outsider gadfly nipping at the neoliberal powers that be in the GOP to the political godfather of its new iteration.

After decades of Sisyphean effort against a Republican Party dedicated to surrendering slowly, to standing athwart yelling history yelling stop, Buchanan’s aggressive brand of conservatism, one that charged ahead instead of just holding the line, had won. Every time that Trump shocked the media with anti-woke rhetoric I would think back to Buchanan’s famous and fiery 1992 “culture war” speech at the Republican National Convention. At the time he was treated as a bigoted neanderthal, but today, well, everything he warned us about has come true.

I can honestly say, with near certainty, that I would not be a conservative today had it not been for Pat Buchanan. I’m also certain that I’m not alone in that. This was a man who didn't bend with the times, who held fast onto his ideals and ideas. That has always been rare, these days it often seems impossible. But every time I am tempted to just go with the flow, to keep my head down when I think the conservative movement is getting something wrong, Buchanan reminds me that if I do, I may as well just retire my pen.

The night before my McLaughlin Group appearance, I had dinner with my then boss Ben Domenech and his wife Meghan McCain. In her very Meghan way, she asked me, “You brought a suit, right?” to which I replied, “Of course, what am I, new?” It wasn’t until early the next morning that I realized I had left my suit pants in Brooklyn. There was nothing open, I had to wear my jeans, not dressy jeans, mind you, but the kind you wear to work under your car.

I apologized profusely in the green room before the show, and then chatted with Pat for a while, about his youth in Washington, our shared Catholicism, the political moment; he’s one of those people who makes you feel important, even when you’re a little known columnist doing your first major TV hit. There was no artifice, he was exactly that man who I had watched so long before in the Philly of my youth.

As I took my leave, we shook hands, I told him how great it had been to meet him and then, just as I was walking away he smiled and said, “Oh, and Dave, thanks for dressing up.” I had been zinged by my hero and walked into the cold sunshine of Arlington feeling ten feet tall.

Thank you Pat Buchanan, for all that you have done for your country, your industry, and for me.