The Truth About the Threat of the 'Violent Incel' 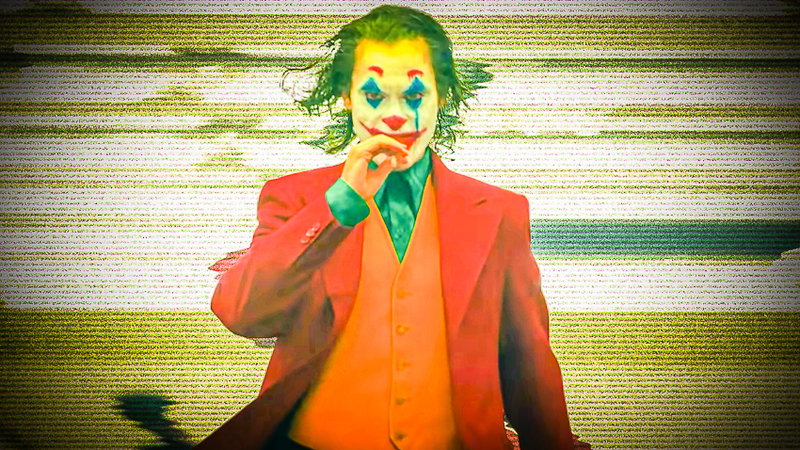 joker
When you hear the word ‘incel,’ what images spring to mind? A white man in his 20s, disaffected and disillusioned, harboring a deep desire to inflict physical pain on innocent women. Someone like Bryan Kohberger, the criminology graduate who was recently arrested for the murder of four University of Idaho students, probably fits the bill. According to some reporters, he most definitely does. But what if I was to tell you that everything you know - or think you know - about incels culture is completely wrong?

Before going any further, let’s get our definitions in order. Incels, or involuntary celibates, are a group of heterosexual men, all of whom find themselves unable to attract a female partner for myriad reasons. Some are too short, some are too fat, while some are unemployed and still live at home (some are short, fat, unemployed, and still live at home). These men, usually in their 20s and 30s, hold hostile views toward women. Incels, warn alarmed commentators, are planning to wage war against western women. According to a recent Sky News report, the incel movement is eager to recruit new members and teach snobbish females a brutal lesson. The radicalization of these “angry, belligerent and unapologetic" men poses a "clear and present danger" to all members of the opposite sex, reads the report. The threat from incels, we're told, is particularly strong in the US. Some insist that incels are the biggest domestic terror threat to the country. In truth, though, they’re not.

In a piece for The American Mind, published in October of last year, I discussed the fact that incels are indeed a threat, just not the kind of physical threat that we have been told.

Worldwide, since 2014, incels have claimed the lives of just 60 people. This, in the words of William Costello, an evolutionary psychologist intimately familiar with the incel movement, could be considered a “bad day in Afghanistan.” Costello wasn’t mocking those who lost their lives; far from it. He was offering some much-needed perspective. One man, a Canadian by the name of Alex Minassian, is responsible for 11 of the 60 deaths. Although Minassian identified as an incel, he plowed his van into a group of pedestrians, an act that killed males as well as females.

Contrary to popular belief, the vast majority of incels aren’t cold-blooded killers. Although many of them are indeed full of hate, their hatred is largely reserved for online forums and, most importantly, for themselves. Incels are far more likely to take their own lives than the life of another human being. Moreover, a sizable portion of these lost souls spends inordinate amounts of time in virtual worlds, completely detached from the real one.

Even if we are to believe the domestic terrorism narrative, what do these supposed terrorists look like? According to psychologist Andrew G. Thomas, a man who has dedicated much of his academic career to studying incel-related trends, “the amount of ethnic and political variety found among incels” is truly fascinating. White men don’t have a monopoly on hate. In one comprehensive study conducted by Thomas, more than one-third of the incels defined themselves as non-white. Interestingly, when it came to politics, the vast majority of these incels tended to lean left, not right. In the words of Thomas, this “suggests that some of the stereotypes about the makeup of Incels are inaccurate.” An understatement of rather epic proportions.

Although incels are clearly a problem to society, we must have our facts in order before we can even attempt to address the problem. As Thomas noted, incels, like so many other people around the world, are profoundly lonely. Not surprisingly, they score particularly low on life satisfaction measures. Incels are a group of men united by a crippling pain and years of rejection from broader society. They feel invisible and unloved, and these feelings foster deep-rooted despair.

Again, like so many others, incels see themselves as victims of a truly unjust world. According to Thomas, compared to non-incels, incels are far more likely to classify themselves as victims. They are “more likely to feel that others took advantage of them and didn’t empathize with them.” In the Victim Olympics, which have been playing out for the best part of a decade, incels are vying for gold. Importantly, these malcontents have a propensity to ruminate on perceived injustices. Moreover, they are unlikely to rest until the injustice is openly acknowledged.

As is clear to see, the average incel isn’t scary; he’s utterly pathetic. He’s the kind of guy likely to cry about his miserable existence online until a similarly pathetic soul acknowledges his pain. Sound familiar? Incels aren’t a different species. Although their behavior may seem alien to some, they’re not from a different planet. They are deeply broken individuals, very much products of their broken environments. They are fathers, brothers, sons, friends, classmates, ex-lovers, and disaffected work colleagues.

The word ‘incel’ has become synonymous with real-world violence. However, as Sophia Moskalenko, a U.S.-based clinical and social psychologist specializing in radicalization and terrorism, has stressed, fears of violence are largely unwarranted. "Radicalization,” she said, “is not necessarily the main issue among incels.” Only a fraction “actually endorse radical ideas," and only a fraction of those endorsing radical ideas ever act them out. Her work has consistently shown that the relationship between incel ideology and radical extremism is incredibly weak. On the other hand, the relationship between incel ideology and depression, anxiety, and self-harm are incredibly strong.

Like so many narratives fed to us by the mainstream media, the incel narrative is heavy on fear and light on facts.