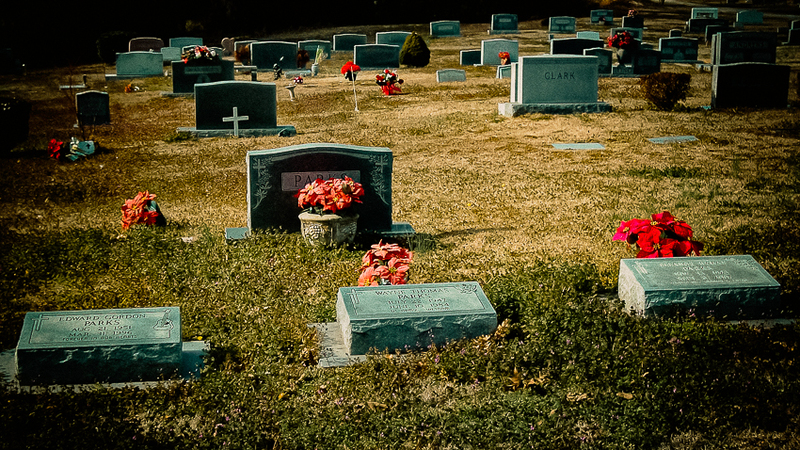 cemetery
Skeptics of apocalyptic environmental predictions often argue the climate cult is earth-worshipping neo-paganism hidden under a thin veneer of secularism and biased science. They contend that inside every climate cultist is a Malthusian misanthrope champing at the bit to curb the population to save the planet – starting with everyone but themselves. Further, these skeptics often characterize the climate cultists with images of pagans sacrificing their unfortunate captives and/or virgins into the volcano to appease their earth deities. Such characterizations are unfair to the climate cultists, for its sells them short.

These pagans are not done with you even when you’re dead.

Per the Daily Wire’s Ben Zeisloft, New York has joined five other states (Washington, Colorado, California, Oregon, and Vermont) in identifying another way the human scourge is devastating Goddess Gaia; and adopting legislation to improve the planet and preclude the climate apocalypse – human composting. Of course, what would a dehumanizing Leftist practice be without a euphemism? In this instance the preferred euphemism is “natural organic reduction,” which is defined as “the practice as the ‘contained, accelerated conversion of human remains to soil’ in a ‘structure, room, or other space’ in which decomposition can occur.”

Sounds inviting, no? For the disinclined, herewith an enticing spiel, if not yet a testimonial:

Assemblymember Cristina Garcia (D-CA) described the process last year as “more environmentally friendly” than practices such as cremation, adding that “with climate change and sea-level rise as very real threats to our environment, this is an alternative method of final disposition that won’t contribute emissions into our atmosphere.”
Still unconvinced? Perhaps, you may be tempted by this morally superior form of environmental activism and drumming up business:
Recompose, a funeral home in Seattle that has encouraged passage of “human composting” legislation across the country, says their version of the practice requires one-eighth of the energy needed in cremation or conventional burial. Staff members lay the deceased body in a “vessel surrounded by wood chips, alfalfa, and straw” for one month as bacteria catalyze “change on the molecular level, resulting in the formation of a nutrient-dense soil.” Loved ones can then use the material to “enrich conservation land, forests, or gardens.”
Yes, “my death – the gift that keeps giving.”
Allegedly for the best of intentions, we are witnessing the triumph of the secular notion that humans are just another cog in the ecosystem, no better than talking plants – actually, we are worse than flora because we despoil and destroy the planet. Nonetheless, humans retain at least some semblance of an ability to think logically; and, when one follows the logic of “natural organic reduction,” one gleans the problem.
Evolving over the centuries, our modern burial rituals and practices respect the inherent sanctity of the individual, which is the basis of their intrinsic worth and dignity under just laws. Indeed, one need only look at how the 20th Century’s more barbaric and murderous totalitarian regimes treated the bodies of their victims to see they had a comprehensive disdain for the sanctity of life in the living and the dead; and how this disdain manifested itself into their crimes against humanity.
Consequently, “natural organic reduction” may decrease deceased human beings’ environmental impacts; but it will certainly diminish respect for humanity’s inherent sanctity and dignity. And, if indeed, the climate cult truly believes we have roughly a decade to appease Goddess Gaia before it is too late to stop her environmental apocalypse wherein we all get our chance to engage in natural organic reduction, the logic is inescapable. As the climate cult’s hysteria escalates, they will make what is currently voluntary suddenly mandatory.

If there is no inherent sanctity and, ergo, dignity in human life, why can’t a governmental emergency require every corpse be subjected to “natural organic reduction”? Before you say, “that can never happen,” recall the COVID lockdowns that were once thought impossible. If the “experts” said COVID corpses could pass on the virus, everyone knows what would have happened. After all, if the government could stop you from seeing your loved ones when they were alive, they could certainly prevent you from burying them when they passed. The six states who have passed this law are now putting in place the initial infrastructure for human composting, which can later be expanded as the climate crisis’ exigencies require. It may not be much longer until we once more hear dulcet medieval tones of “bring out your dead!”

Speaking of medieval, the characterization of the climate cult as pagans hurling captives into the volcano will finally be put to rest. Natural organic reduction will prevent the dangerous emissions spewed by cremations. Nonetheless, it may well lead to another equally unflattering characterization of the climate cultists as medieval nobility hanging their climate skeptics’ carcasses outside the city gates for a little natural organic reduction.

Well, count me out. Death and taxes are enough certainty for me in this life. I don’t need to add a final tithe to Goddess Gaia as I depart this veil of tears. I can think of a much better way to deal with the body of this American.

Irish wake, anyone?
Fare thee well, going away, there's nothing left to say

Farewell to New York City, boys, to Boston and PA

He took them out with a well-aimed clout, we often heard him say

“I'm a free born man of the USA”
As I shall remain, until God calls me home.
A Human Events contributor, the Hon. Thaddeus G. McCotter (M.C., Ret.) represented Michigan’s 11th Congressional district from 2003-2012, and served as Chair of the Republican House Policy Committee. Not a lobbyist, he is a frequent public speaker and moderator for public policy seminars; and a Monday co-host of the "John Batchelor Radio Show," among sundry media appearances.
cemetery