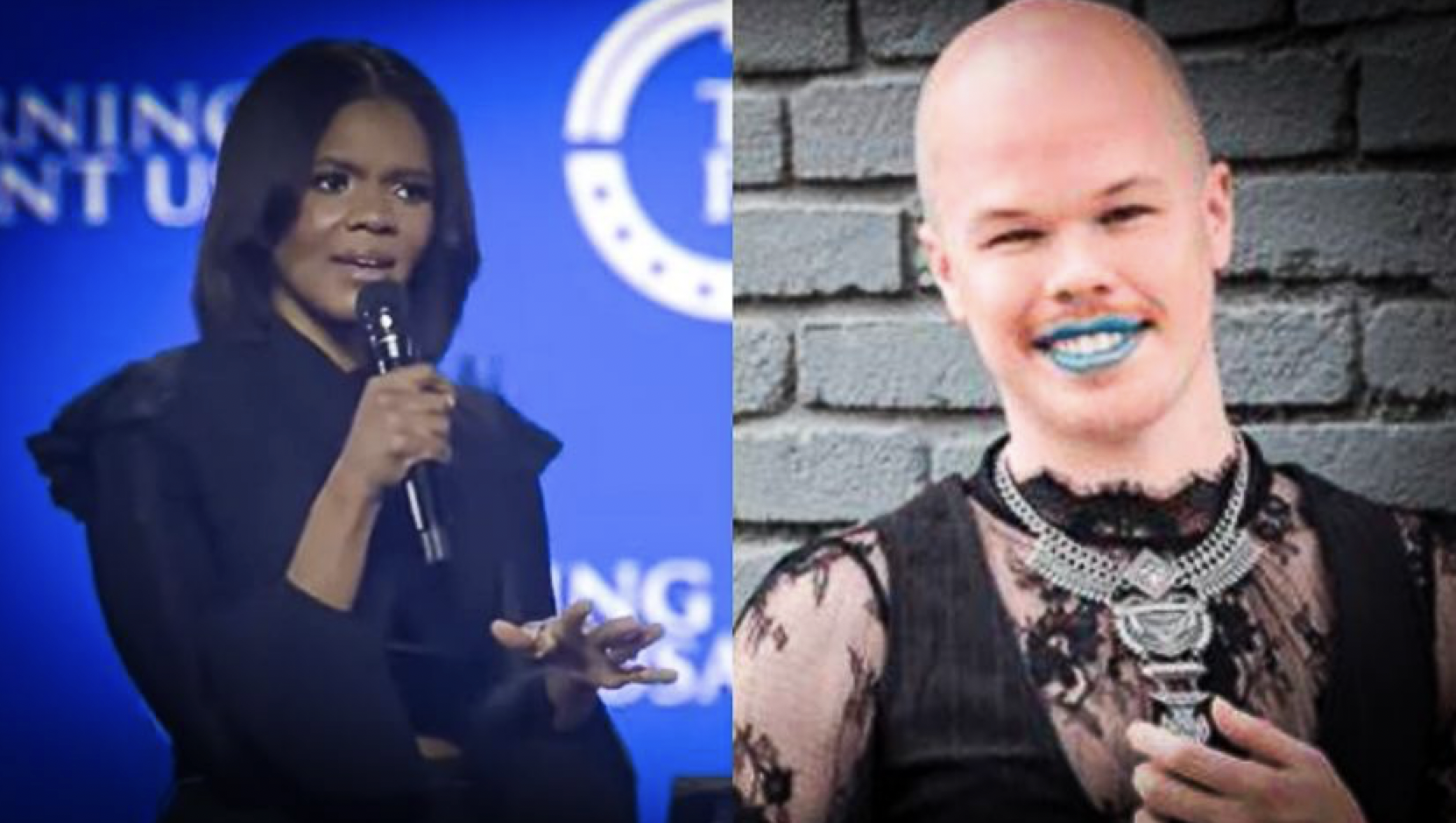 “I flew over from Germany. It was an exhausting, exhausting flight. "When I landed... honest to God this is a true story... They lost my luggage because of blizzards all throughout Europe."

“Obviously the first thing I thought was that Sam Brinton may have gotten his sticky little fingers on my luggage.

“I thought my Goodness, no, no Sam Brinton swiped my luggage!” said Owens in reference to Biden’s notorious nonbinary former nuclear official who was recently fired after being busted stealing women’s luggage at both Minneapolis St. Paul Airport and Harry Reid International Airport in Las Vegas.

“And here’s the thing the left doesn’t want you to talk about Sam Brinton. They want to pretend it didn’t happen. Why? Because it proves that if it walks like a duck and it quacks like a duck, it might be a duck.”

“That our tax dollars actually went to this nuclear waste guy who showed up wearing heels and lipstick and gowns making a mockery of this country. Imagine if you're another country and you're sitting back, and you're realizing that our government is willing to put that into the forefront?” Owens continued.

“And then they said shame on you guys for commenting on this because everything is just all about acceptance today right that's what they said. We need to accept that he may be has a bizarre fetish and likes to swipe women's luggage at the airport. It's all about acceptance.”

“No actually, I don't accept that,” Owens said emphatically. “I don't tolerate that. I don't want that around me, and I don't want it around my children.”

Owens referenced left-wing “bullies,” whom she says have been emboldened “especially over these last 10 years,” noting that conservatives have been “quiet because we were afraid to be called names.”

“This person makes you uncomfortable because God gifted you with spiritual discernment.”

“That is the ability for you to listen to your senses and make sure that you are not being hurt,” said Owens. “And the left wants to confuse that…They want to call that discrimination. Oh, you're discriminating against people. Yeah, you know what you're damn right. I discriminate against crazy.”