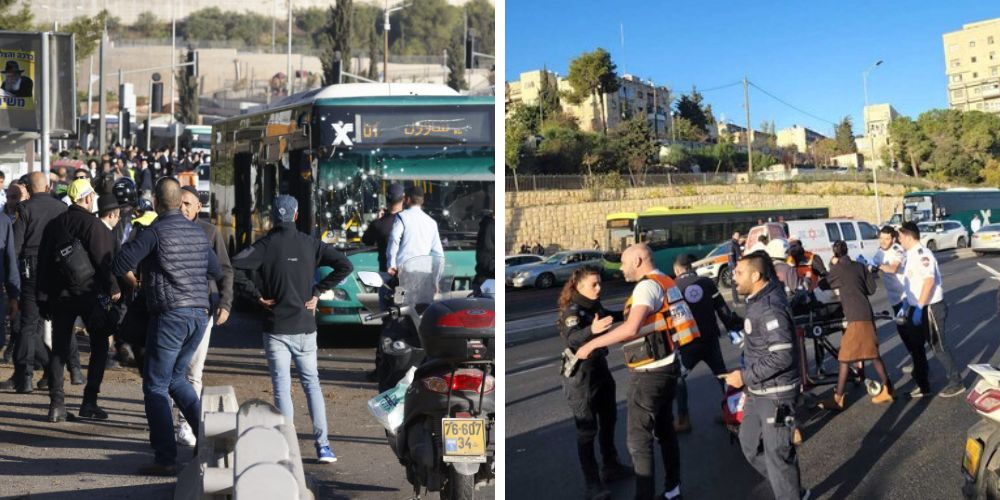 The explosions occurred at 2 bus stops during rush hour at the entrance of the city. According to Magen David Adom, the injured people were evacuated to Shaare Tzedek Medical Center and Hadassah-University Medical Center in Ein Kerem. According to authorities, the explosives were placed in bags left in the stations. However, N12 reported that the explosion was caused by a device set up on a motorcycle next to the bus stop.

Israeli Police are investigating the explosions as a coordinated Palestinian terrorist attack, according to the Jerusalem Post. The bombs were detonated remotely and were reportedly packed with nails to maximize civilian casualties. One bus nearby was riddled with shrapnel.


16-year-old Aryeh Shtsupak, a Canadian citizen and yeshiva student who lived in Har Nof was identified as the teen killed in the attack.

The first explosion occurred after 7 am in Givat Shaul at the entrance to the Central Bus Station and injured 15 people, including two critically and another four seriously. Following the initial explosion, a second explosion was reported nearby on a bus at the Ramot Intersection several minutes after the initial explosion. Three people were lightly wounded. N12 reported that the second explosive device was likely set up on a fence.

One of the injured was Naomi Pilichowski, the daughter of Uri Pilichowski, a columnist for the Jerusalem Post and an American-Israeli educator, and Aliza, mayor of Mitzpe Yericho.

Following the blasts, Road One was closed to traffic in the Jerusalem-Tel Aviv area.

Police Chief Kobi Shabtai said that every bus in Jerusalem will be searched by police officers and all of the bomb-sniffing dogs in Israel will be activated to search for explosive devices.

Prime minister-designate Benjamin Netanyahu said in response to the attack that he is "praying to the health of the injured people, in the coordinated terror attack in Jerusalem this morning and send my support to the security forces who are operating on the ground."