MARSCHALL: American Jews Are Not Safe With Progressives 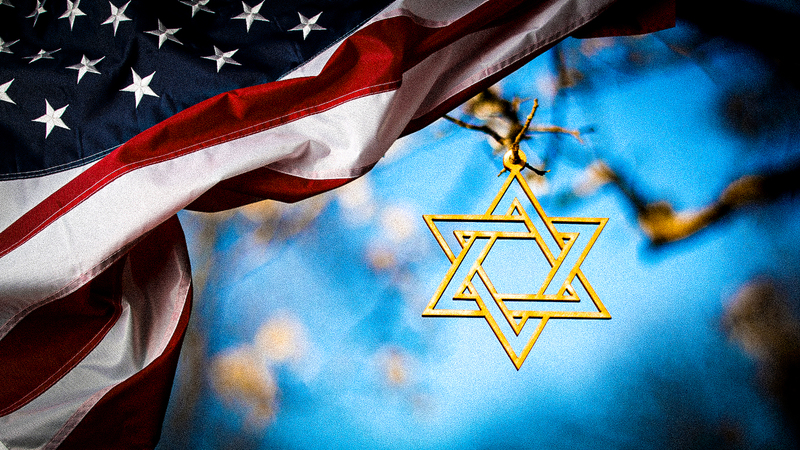 American Jews
Overwhelming Jewish support for the Democratic Party is based on sentimental attachment to liberal politics and fueled by an ongoing false hope that ‘knowing better’ will make things alright – by a naïve belief that ‘it can’t happen here’ if the right people are in charge.

2022 is the first election cycle since Americans have woken up to the crime-ridden debauchery Black Lives Matter and Defund the Police left in their wakes, especially against Jews. Now is the time for progressive Jews to put aside their attachment to liberalism and confront what has happened in the last two years, particularly in New York City.

During the COVID-era, feckless Democratic politicians who now oversee crumbling urban landscapes cheered on these social justice movements that subsequently left Jews physically exposed to long-standing hatreds from the left.

In April, The New York Times reported, “[The] number of antisemitic incidents in New York increased by 24 percent last year to the highest level in decades, including a surge in the number of assaults, as well as both criminal and noncriminal incidents targeting Jews.”

These statistics are the legacy of progressive politics unquestioned by liberals too scared to stand up against the far-left champions of Black Lives Matter and Defund the Police. Anti-Semitism comes from the left in addition to the right; it is too historical and too universal for any political cause or movement to be immune from it.

But Democrats treated both Black Lives Matter and Defund the Police as unimpeachable. In doing so, the reigning party empowered far-left anti-Semites to air their hatred more openly then ever before.

In 2020, Black Lives Matter protesters chanted that Israel “murders children.” In 2021, the Israel-Gaza conflict led to a violent uptick in attacks on Jews in New York.

Why? Because Black Lives Matter and Defund the Police encouraged their followers to refract the Israel-Palestine conflict’s racial optics through the lens of policing in America, which enabled the far-left to spew anti-Jewish rhetoric with impunity under the guise of fair political opposition to Israel.

Simultaneously, liberal Jews kept voting for Democrats who supported these groups and platforms because the optics made them feel good inside.

In April 2020, New York City Mayor Bill De Blasio tweeted, “My message to the Jewish community, and all communities, is this simple: The time for warnings has passed,” in post about police officers rounding up people gathering in large groups despite COVID restrictions.

But Jewish support for the left did not wane. Progressive Jews did not flinch because De Blasio was targeting Orthodox communities in Brooklyn, not cosmopolitan Jews on the Upper West Side. His rhetoric was consequently permissible for those that supported his secular social politics.

In the succeeding months, “Black Lives Matter-inspired protests also served as backdrop for the destruction of Jewish property and violent anti-Semitism,” Elke Meyers wrote for Tablet in 2020. “[L]eft-wing activists who embrace anti-Semitism [were] simply following the lead of prominent Democrats who normalized the treatment of Jews as carrying a special burden of guilt.”

Progressives fanned that “special burden of guilt” in the pursuit of social justice and equity to capitalize on minimizing the pre-COVID fact that the “overwhelming majority of the alleged perpetrators [against Jews] in New York” were “either black or Hispanic” because reality contradicted racial social justice narratives.

Look at recent news coverage of anti-Semitic attacks in New York. Following progressives’ anti-racism playbook, mainstream media does not publish perpetrators’ race or ethnicity when covering these incidents, even when accompanying video footage shows the attackers to be inconveniently Black or brown.

One May 2021 report described a “trio” of men wanted for “antisemitic attacks on Jewish teens” but neglected to mentioned how the individuals looked. “The perpetrators of these incidents will be found,” NBC New York quoted De Blasio saying. Based on the lack of identifying details, I hope he didn’t expect public assistance with the search.

That ethnically charged politicking thrived during COVID as the left told Jews ad nauseum that anti-Semitism came from the far right. Those tactics set the conditions for increased anti-Semitic violence through 2022.

With the midterms two weeks from now, it is high time for liberal and progressive Jews to look honestly at themselves and question their role in the left’s tolerance for anti-Semitic attacks.

To borrow a phrase from the left’s own playbook, liberal and progressive Jews need to examine how their own privilege allows them to vote for politicians who acquiesce policing to social justice warriors.

Jews who get attacked tend to be Orthodox because they are “frum,” or those whose dress makes their religious observance apparent. Liberal and progressive Jews tend to be secular or Reform; they do not readily wear yarmulkes or other garments announcing their religion.

Consequently, the Jews who are theoretically safer from spontaneous attacks on the street are voting for policies and politicians that endanger the most observant. It is no surprise then, that 75% of Orthodox Jews are Republican.

Orthodox voters understand only one political party in this country stands for both law and order and religious liberty.  For New York City’s Orthodox population, who they vote for can be a matter of life and death.

I am not frum, but I know that funding the police keeps me safer and that the same laws protecting Christians safeguard my ability to practice Judaism.

I knew those things in 2020, as did other conservatives. Back then, we did not need to accept the organization Black Lives Matter to believe that Black lives matter.

As a voter, I am uninterested in some Democrats’ recent change of heart about urban crime. That’s electoral convenience; I don’t remember them speaking up so strongly when Minneapolis or Washington, DC burned. I remember their platitudes about equity and social justice and know the terms to be deceptive phrases for policies that keep cops off streets and criminals on them.

I support those politicians who had the judgment and presence of mind to recognize what the left was trying to do to this country in 2020. That year, anti-Semitism occurred on both the right and the left, but I didn’t have to worry that conservatives would waver on public safety or expect me to feel guilty about being Jewish.

Democrats had their chance to demonstrate sound and moral judgment in 2020 and 2021. Instead, they cowered to the leftist mob and proved (again) their unfitness to govern.

Orthodox Jews are overwhelming Republican because they understand the realpolitik of being a religious minority. They know that all Jews, regardless of religious observance, are safer in this country when conservatives are in power.