What If We Took Critical Race Theory Seriously? 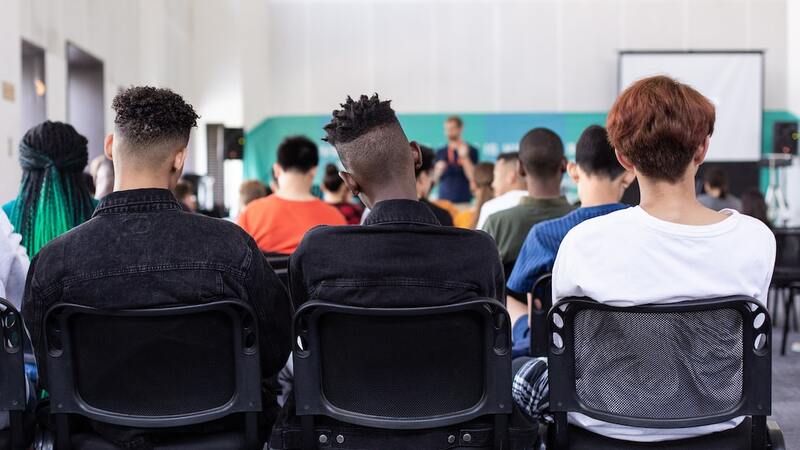 The boys in the back by Sam Balye is licensed under unsplash.com

New York City’s public school children haven’t fared well during the pandemic, according to recently released data. Standardized English test scores have held relatively steady among third through eighth graders, but the results in mathematics are grim, with under 38 percent of students demonstrating grade-level proficiency, down from 46 percent pre-pandemic. The math scores of black students remain grimmest of all, with a mere 21 percent passing the exam—compared with 59 percent of white students and 68 percent of Asian students—and with no sign of the gap widening or narrowing.

The persistence of that gap is noteworthy. The pandemic surely didn’t help black students in their math studies, but it doesn’t seem to have particularly hurt them either. They continue to falter in the subject, no better or worse for the interruptions in their schooling.

Maybe it’s time to confront the argument—put forward regularly and vigorously by advocates of Critical Race Theory—that black kids aren’t wired to perform well on math tests, that the sort of logical operations required to pass standardized exams don’t come naturally to them, and that they therefore shouldn’t be expected to “do” math the same way as other kids.

To be clear: I’m not suggesting that’s the case; truth be told, I’m repulsed by the argument. But the argument is out there, passionately advocated by many leading lights of CRT, and if we’re determined to integrate the insights of CRT into classroom pedagogy, we cannot avoid a serious consideration of racial essentialism—since that’s what we’re talking about. Let’s recall the 2020 chart published, then sheepishly withdrawn, by the Smithsonian’s National Museum of African American History and Culture, titled Aspects and Assumptions of Whiteness and White Culture. Those “aspects” and “assumptions” include “objective, rational, linear thinking,” “cause and effect relationships,” and “quantitative emphasis.”

If those qualities are natural to white minds, but alien to black minds—if, in short words, there exist essential cognitive differences—then the expectation that black kids pass standardized math tests is nothing more than the normalization of the way white minds work. Standardized testing thus becomes a quintessential tool of white supremacy.

Of course, the notion that black people have different modes of cognition than white people do, modes that are less objective, rational, and linear, and thus less suited to standard mathematics, did not spontaneously evolve in the halls of the Smithsonian. It’s commonplace among critical race theorists. So, for example, Dr. Deborah Loewenberg Ball, professor of education at the University of Michigan and former Dean of the University of Michigan School of Education, asserts that math, “is a harbor for whiteness…the very nature of the knowledge and who’s produced it, and what has counted as mathematics is itself also dominated by whiteness and by racism.”

That thought is seconded by University of Illinois Professor Rochelle Gutierrez: “On many levels, mathematics itself operates as whiteness. Who gets credit for doing and developing mathematics, who is capable in mathematics, and who is seen as part of the mathematical community is generally viewed as white.”

Purdue University Professor and head of its School of Engineering Education Donna Riley similarly sees the demand for mathematical rigor as a hindrance to equity:

"Rigor accomplishes dirty deeds, however, serving three primary ends across engineering, engineering education, and engineering education research: disciplining, demarcating boundaries, and demonstrating white male heterosexual privilege. Understanding how rigor reproduces inequality, we cannot reinvent it but rather must relinquish it, looking to alternative conceptualizations for evaluating knowledge, welcoming diverse ways of knowing, doing, and being, and moving from compliance to engagement, from rigor to vigor."

Is it really possible that black minds are cognitively different from non-black minds, and that tasks requiring linear logic bring that difference into play? Educational consultant and Columbia University Professor Maria Tope Akinyele thinks so. As she explained to fellow black educators in a 2021 YouTube talk:

"Black people, we are relational people. We are people of context. Like, it’s very Western and European to dissect and analyze and take apart things, whereas [in] Afrocentric schooling or Afrocentric spirituality or African epistemology or ways of knowing, everything is connected. So this is why education is not working for so many students of color because we are context-driven people…. There’s no such thing as like thinking in isolation—isolating yourself from nature, from your family. It’s just not part of our ways of knowing and being in the world."

It should be noted that later in that same talk, Professor Akinyele also insists that race is a “made up thing”—which seems directly at odds with her claim that black people have a distinct way of “being in the world.” But is it fair to criticize her for simultaneously denying the existence of race and underscoring the essential nature of race? Isn’t an aversion to contradictions of that sort merely a fetish of logical, linear thought? Isn’t it, in other words, a white criticism? This, of course, is the great rhetorical trump card of CRT. How do you logically critique a theory that not only rejects logic as decisive but regards the demand for logical consistency as oppressive?

Yet what are the practical consequences of a belief that black kids properly process mathematical topics in distinctly non-linear ways? One answer comes from Seattle’s 2019 Math Ethnic Studies Framework, intended to overhaul instruction in grades K-12. The priority in math instruction, according to the framework, shouldn’t be to assist students in their pursuit of correct answers to math problems but rather to nurture their “sense of advocacy, empowerment and action.” Fixation on correctness, on a step-by-step process that gets you to correctness, and on showing your work along the way, comes from linear thinking; it’s a white thing; it doesn’t allow black students to develop “their identities as mathematicians.” What’s crucial for black students is to “construct and decode…mathematical knowledge, truth, and beauty” in order to “contribute to their experiences and the experiences of people in their community.” It’s the meander, in other words, not the destination. “What does it mean to do math,” the framework inquires. “How important is it to be Right? What is Right?... Who holds power in a mathematical classroom? Is there a place for power and authority in the math classroom? Who gets to say if an answer is right?”

Ethnically appropriate math thus becomes another way to educate black students in the varieties of systemic racism, a means of liberation. Not by pushing them to make equations work but by encouraging them to interrogate the injustices of the status quo. It is another front of the sociopolitical struggle engaged by CRT: “How is math manipulated to allow inequality and oppression to persist? Who is doing the oppressing? Who does the oppression protect? Who does the oppression harm? Where is there an opportunity to examine systemic oppression? How can math help us understand the impact of economic conditions and systems that contribute to poverty and slave labor?”

There remains, even at this late date, considerable confusion about CRT. Is it a scholarly initiative to recollect forgotten history? Is it a revolutionary concept of the law evolved to redress centuries of racial injustice? Or is it a broader political strategy for advancing the socioeconomic interests of black people?

To get at the answer, we need to focus on the last, and most straightforward, element of CRT: It is a theory. It is an attempt to explain something, to account for a set of facts that seem otherwise perplexing. What does Critical Race Theory attempt to explain? The fact that even after the breakthroughs of the Civil Rights Era, even after Supreme Court decisions outlawing discrimination based on ethnicity, even after survey after survey reveals an abiding national consensus in favor of a colorblind society, black Americans, taken as a whole, continue to trail other demographic groups in educational attainment as well as a vast array of socioeconomic measures.

What is the theoretical explanation put forward by CRT for the lag?

That’s it. Racism is the exclusive explanation for any measurable gap in outcomes between black people and non-black people. It’s axiomatic: if there’s a gap, there’s racism. There may be other, more immediately observable forces at work. But racism underlies the rest. The task of the critical race theorist is to uncover that racism.

Thus, if the standardized math scores of black kids are lagging behind the scores of other kids, critical race theorists seek to locate the racism in the system. Even if that means embracing racial essentialism: Mathematics, as it has been historically taught, requires objective, rational, linear thinking, and therefore normalizes the way white minds work. That’s the reason black kids’ scores are lagging.

Whatever else may be said about CRT, it provides an altogether consistent explanation for the ongoing struggle of black kids on standardized math tests. It also implies at least two remedies: segregate math classes by race and end standardized testing for black students. But are we willing to go down that road? How seriously should we take CRT?


Mark Goldblatt is a political commentator, novelist, and college professor. His work has appeared in many popular and academic journals. His latest book, I Feel, Therefore I Am: The Triumph of Woke Subjectivism examines how the same traditional philosophical error underlies the three major Woke movements: Critical Race Theory, Me-Too, and transgender-recognition.
The boys in the back by Sam Balye is licensed under unsplash.com