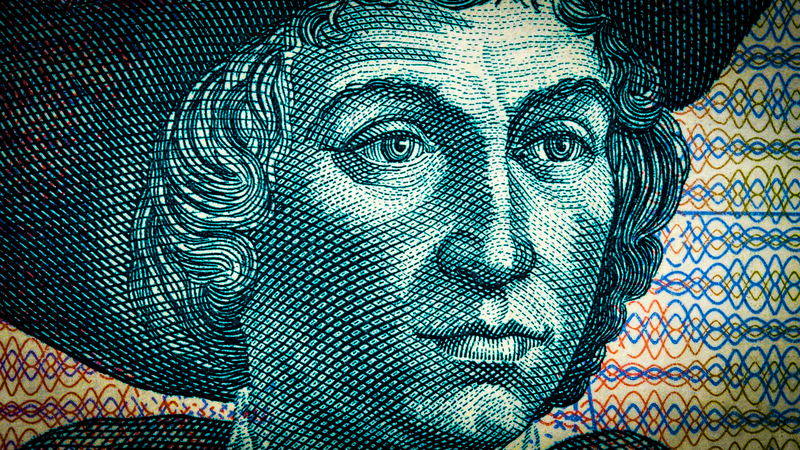 We’ve arrived at Columbus Day again, and we’ll see and hear the left endlessly bash the explorer who braved the seas and became the first European Christian to set foot in the New World. Sure, the Vikings had reached Canada centuries earlier, but they lacked the follow-through of the Spanish and their lead Italian explorer, Christopher Columbus.

Thank God for the Catholic patriarchy that brought civilization to one of the most savage dumps on planet Earth.

We’ll hear the left moan endlessly about Columbus’ sins, real and imagined, but there will be zero discussion of what he found when he got here. The pre-Columbian Americans have been sanitized and rewritten into some sort of idyllic paradise in which oppression and disease did not exist. Humans lived in perfect harmony with nature and each other, peacefully gazing at the stars, devising advanced Mayan calendars, building great astronomical observatories in the desert in Chaco Canyon, constructing ornate Aztec pyramids in what is now Mexico and Guatemala, and engineering those fabulous Inca cities in the clouds in the Andes.

All was well, beautiful, and peaceful until Columbus came along, just a couple of continents full of artistic villages and scientific communities, or so we’re told. Misogyny, racism, and hate all arrived with the Europeans.

The Spanish arrived in America after centuries of bloody and brutal warfare with the Muslim Moors who had taken over much of the Iberian Peninsula by force of arms. They had just finished pushing the oppressive Moors out in 1492, not coincidentally the same year Columbus sailed the ocean blue. The Spanish arrived with both religious and practical reasons to make Christians of those they came across. A few centuries of direct contact with Islam suggested coexistence could be done on a future Ann Arbor leftwinger’s bumper sticker but was much more problematic in the real world.

When he arrived in the New World, Columbus documents some of the horrors he found. Rape of women was commonplace, as were murder, slavery, and even cannibalism. Early encounters were dramatic as both peoples came to grips with new realities.

Decades later, when the Spanish arrived in the Aztec empire , they found both an incredible and advanced civilization, and an imperial power loathed by those it had spent centuries oppressing. A few hundred Spaniards were able to defeat that mighty empire not purely by having more advanced weapons, and not just by the spread of disease, but also by the fact that the Aztecs’ many victims saw the arrival of the Spanish as their chance to overthrow their hated rulers. Those pyramids had flowed with the blood of the vanquished long before Columbus arrived.

If you’ve heard anything about the pre-1492 Inca, it’s probably that they built the amazing Machu Picchu up on an Andean mountain top, and that we still know little about how or why they built it. You may have also heard about the legendary Inca gold the Spanish sought after. The Great Inca Rebellion has gotten a lot of ink over the years as a story of noble natives rising up to fight their horrible Spanish overlords, but new scholarship on this series of events suggests a far more complex truth.

Like the Aztecs to their north, the Inca had spent centuries building their empire on the backs and blood of their neighbors. The arrival of the Spanish under Pizarro was a godsend to those oppressed peoples, and they allied with the alien conquistadors to overthrow the Inca. In fact, it was an Inca princess married to Pizarro who called in Indian reinforcements during the Siege of Lima to break the Inca forces and save the Spanish. The Inca might have crushed the Spanish in 1536 if they’d been nicer to their neighbors.

All of this is chronicled in a 2020 National Geographic documentary called “Skeletons of the Inca Rebellion,” which airs infrequently – perhaps because it bucks the woke dominant anti-European narrative.

As for the astronomically-inclined Chaco Canyon people, they never came into contact with Europeans at all. They rose, built their amazing desert cities and observatories, and dispersed before Columbus arrived . But the latest research suggests they did have contact and trade with the Mayans to their southeast, and learned from them about devising caste systems by which the rulers could consolidate their power and oppress their own people. This brutal system may have been the reason for their mysterious demise. People get fed up with being oppressed, as the woke zombies are already finding out.

We’ll never know what the Americas would have become had Columbus never arrived. We do know, based on science, that oppression and brutality were part of the human condition in the New World long before any Vikings or other Europeans stepped anywhere in the hemisphere. After all, human beings tend to be generally atrocious .

But for all their faults the Europeans did expand scientific knowledge, the Christian faith, and the freedom that we enjoy today, in part by learning from English history, particularly the English Civil War , and from the Iroquois system of governance . America’s founders were keen students of history and human nature. So thanks to the patriarchy and those wicked Europeans and their thirst for knowledge, you’re free to bash or praise Chris Columbus as you see fit. Thank the patriarchy. You’re welcome!

A.J. Rice is President & CEO of Publius PR , Editor-in-Chief of The Publius National Post, and author of the #1 Amazon bestseller The Woking Dead: How Society’s Vogue Virus Destroys Our Culture.