On the Sidewalks of New York: Moms for Lee Zeldin 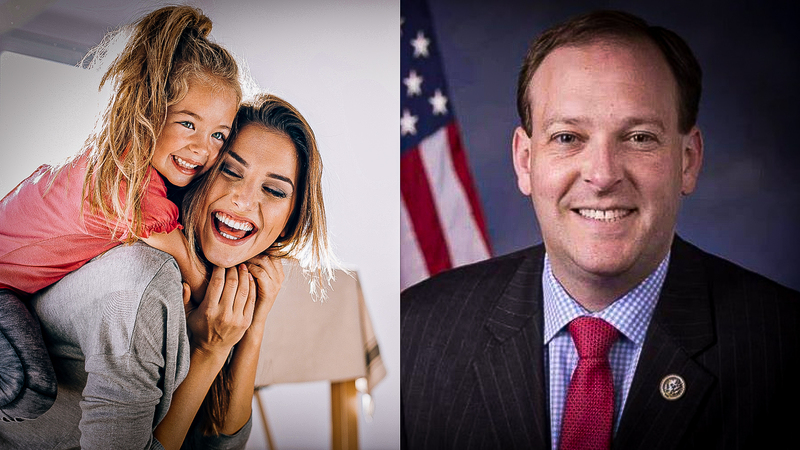 Moms for Lee
On the Sidewalks of New York is a weekly feature at Human Events wherein Jacqueline Toboroff, a native New Yorker, will share her observations and candid commentary on the goings-on in our nation’s largest city. Wherever you live, and whatever you feel, there is no escaping the fact that New York City matters.
*****

On Friday, Oct. 7, Moms for Lee will be doing a town hall with New York gubernatorial candidate Lee Zeldin.  He’ll discuss his plan for education and commitment to protecting parental rights.  He will also take questions from moms who’ve been silenced for two years.

These moms in Moms for Lee span party lines, races, religions, and socioeconomic backgrounds. They’re focused on spreading the word and widening the net in New York City because Zeldin needs at least 30% of the Big Apple in order to claim victory.  It’s a heavy lift.  Mainstream media does come down hard on Hochul (it’s impossible not to link her with so much of what’s tanking the New York state) but it still can’t summon the courage to give equal coverage to Zeldin.  It’s not just that they mention him less, his platform is hardly discussed except when he says, “On Day 1 as Governor, I will fire Manhattan DA Alvin Bragg for his refusal to enforce the law.”  It’s as if they single out this statement to drum up the nuts still in favor of crime as opposed to protecting the masses.  By the way, if this is all Zeldin accomplishes, it will be leaps and bounds above anything Hochul has done to protect women and children.

Moms for Lee have had enough of the War Against Women waged by the Left’s candidates and elected officials via deadly dangerous policy that many have voted in favor of without realizing the implications.  What they dully voted for, they’ve had enough of; no-go zone subways imperiling school drop-off and pick-up.  Sidewalks riddled with criminals roaming freely.  Throngs of male teens smoking weed in front of young kids.  Unconstitutional mandates and medical apartheid.  “Shelter dumping” in once thriving residential areas creating panhandling, rampant and open drug use, and litter.  And the moms have had it with the mentally unhinged committing gruesome acts that are permitted because of the social justice initiative to “reimagine.”

Moms are no fools, despite Hochul treating us like rubes.  To downplay and distract from her unmitigated failures that truly impact our lives, she’s gone all in to paint Zeldin as a woman’s greatest threat (this from someone that called pro-life women “Neanderthals”).  Irrespective of how Zeldin feels about abortion, he has said he won’t interfere with the ability for a woman to get one in New York - yes, women, you can still abort.  Zeldin says, "You can't just change a law by an all-powerful emperor executive saying they will do it on their own.  If you were trying to really get to the heart of why I'm even in this race, it's because of the economy and crime above all else.  I'm not standing here today at the Business Council of New York for anything that has anything to do with abortion. It has everything to do with making the life of our economy ripping."

No one voted for Hochul, she was picked by Cuomo because she was a useful subservient tool in the ruling Democrat machine as she has demonstrated to the max with an alleged pay-to-play scheme to a campaign donor.  Cuomo was deposed by moms repelled by his anti-women behavior.  Will moms now vote for Hochul to let her continue the anti-women behavior; all of the ills referred to above?  Because of the uprising against Cuomo, a chance exists to affirm one’s rights to bring children to school, walk the streets in safety, and earn a living if Zeldin is elected.  The largest and most influential voting bloc is moms; it’s on our shoulders.

There are few issues that create an opportunity to bridge different political parties.  Even kooks supporting defunding the NYPD (politicians with security and chauffeur and those with doormen and the uber app) can isolate their families.   Education is the tie that binds because everyone goes to school.  Compulsory education laws require children to attend a public or state-accredited private school (homeschooling is an exception). We can’t forget, when kids go to school, parents spearhead the operation; transportation, helping with homework, and tracking grades.

Moms for Lee support Zeldin because he’s committed to parental rights, core curriculum and curriculum transparency, ending all mandates, financial literacy and civics, school choice, Gifted and Talented, SHSAT, and academic excellence.  Hochul doesn’t support any of this.  Her focus on “education” is two pronged; switching to fully electric school buses in 5 years (with contracts let to selected donors) and more taxpayer money.  A vote for Hochul is a vote for New York’s failing “business” as usual.

Last year’s standardized test results finally came out, the delay might have had something to do with the terrible showing (California also delayed the release).  Just 50% of 3rd to 8th graders in New York City passed their state reading tests.  38% passed their math tests.  New York City schools are abject failures because of federal involvement.  Period.  Hochul’s plan - more federal taxpayer’s money.  Why are students so egregiously behind?  Shutdowns and a divorce from core curriculum and a marriage to CRT– policies Hochul supports.

The electric vehicle bridge to nowhere is a tool in the Left’s playbook of worshiping climate.  It’s a bridge to nowhere.  Yet, it is the linchpin in Hochul’s “education” plan only because of the money it necessitates and generates.  Voting for Lee Zeldin on November 8th is our offramp from this lunatic merry-go-round.