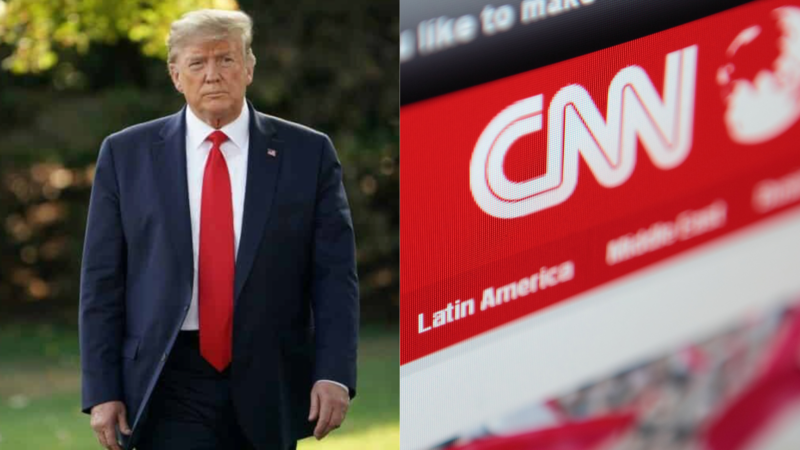 trump cnn
This article was originally published at The Post Millennial, a part of the Human Events Media Group.
*****

Former President Donald Trump is suing CNN in federal court in Florida for defamation, it was learned on Monday.

Trump's attorneys say that CNN "has sought to use its massive influence — purportedly as a ‘trusted’ news source — to defame the Plaintiff in the minds of its viewers and readers for the purpose of defeating him politically, culminating in CNN claiming credit for ‘[getting] Trump out’ in the 2020 presidential election."

Trump is seeking $475 million in punitive damages, the lawsuit states.

Trump announced in July of this year that he would be suing the network for defamation. "I have notified CNN of my intent to file a lawsuit over their repeated defamatory statements against me," the statement from Trump read.

"I will also be commencing actions against other media outlets who have defamed me and defrauded the public regarded the overwhelming evidence of fraud throughout the 20202 Election. I will never stop fighting for the truth and for the future of our Country!" Trump’s statement continued.

The lawsuit specifically names certain anchors and pundits on CNN, using the term "Big Lie" to refer to Trump's statements about the 2020 Election in an effort to associate him with Adolf Hitler, who coined and popularized the term.

Most recently, the network settled a $275 million lawsuit brought forward by Nicholas Sandmann, who was unfairly framed by mainstream media networks during the Covington Catholic drama of 2019.