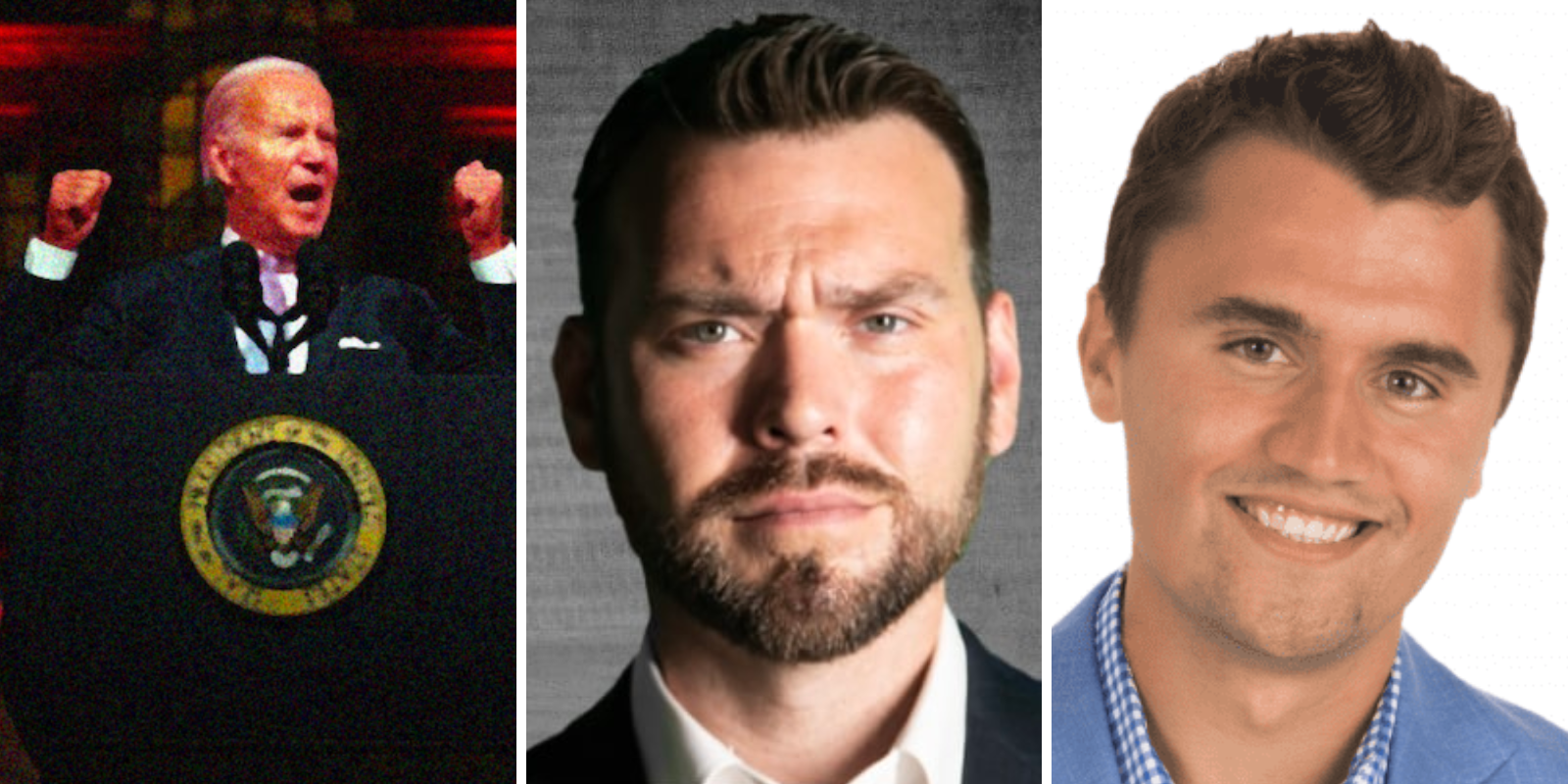 poso kirk biden
This article was originally published at The Post Millennial, a part of the Human Events Media Group.
*****

Charlie Kirk and Jack Posobiec were both among those targeted by private consortium, contracted by the Department of Homeland Security and the State Department, to create a list of conservative outlets and commentators to be flagged as "misinformation." This list was created and then targeted for censorship on social media in 2020.

That flow of information did not only go from the consortium to the government, but also went from DHS's Cybersecurity and Infrastructure Security Agency, the State Department to the corsortium. These agencies, along with the Democratic National Committee, fed their views on which accounts and media outlets should be labeled "misinformation" back to the consortium.

"What happened is the government in the form of the Department of Homeland Security and the State Department made a deal with a consortium called the Election Integrity Partnership," editor-in-Chief of Just the News' John Solomon told Sean Hannity on Fox, "and the goal was to outsource the job of censoring social media during the final four months of the 2020 election."

"I have been informed by John Solomon that my account was one of the ones targeted. Good. If I were the Biden Regime, I’d be terrified of me too," Human Events Daily host Jack Posobiec wrote.

"That tax payer dollars are being spent to censor half the country is a travesty and whoever is behind this must be held accountable," Charlie Kirk told The Post Millennial.

"I have been notified that my Twitter @CharlieKirk11 was very much targeted on this list. We’re gathering more info as we determine how best to respond. The bottom line is this: after the election and especially after J6 engagement on Twitter was decimated," Kirk said.

According to Just the News, four liberal leaning groups collectively created a partnership that set up a ticket system where a user, such as someone from the State Department, would attach a warning label to certain accounts they deemed were spreading misinformation. An account or site with tickets could be referenced back to a social media company as reasoning for necessary censorship.

Federal bureaucrats, mostly from the State Department and the Department of Homeland Security's Cybersecurity and Infrastructure Security Agency, could use the ticket system to lobby social media companies and websites, especially Twitter, to limit or restrict engagement from users or posts they targeted.

Solomon called it "the largest single censorship operation federally known or federally encouraged in the history of America."

The Election Integrity Partnership was also weaponised as it could be accessed and used to "ticket" political opponents by liberal groups such as the Democratic National Committee, Common Cause, and the NAACP.

The Election Integrity Partnership compiled a list where the top 21 "most prominent repeat spreaders [of misinformation] on Twitter" were all conservative. It included the aforementioned Posobiec and Kirk as well as James Woods and Donald Trump Jr.

Sites like the Washington Post, New York Times and CNN were also noted by the consortium, but as "fact-checks" that played a "corrective role" against "misleading narratives."

The consortium had a 35 percent success rate of having content completely removed or labeled as misinformation.

The Election Integrity Partnership became active during the 2020 election and is still active leading up to the 2022 midterms.
poso kirk biden