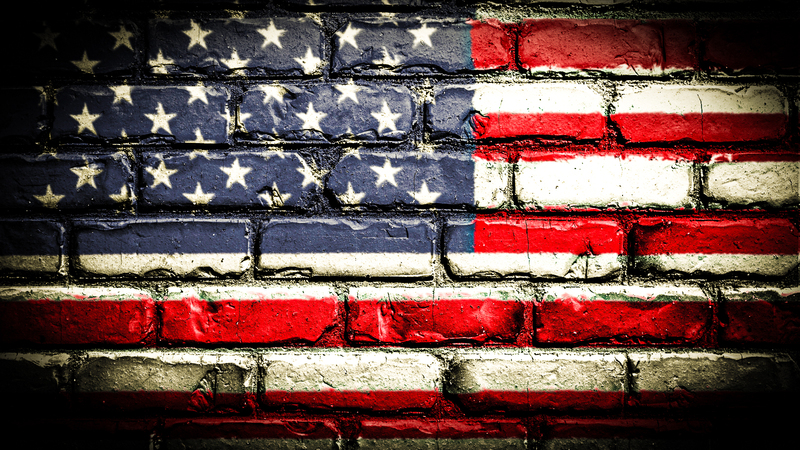 Brick_Flag
The following is an excerpt from the book The Nation Will Follow: First-hand experiences fighting the Deep State and the Action Plan for the American Citizen by COL (Ret) John R. Mills–Former Director, Cybersecurity Policy, Strategy, and International Affairs, Office of the Secretary of Defense.

This excerpt describes a global cadre of elitists called the Deep State bent on bullying, swaying, and ultimately enslaving the masses to surrender to their plans for control. Mills contends that until we take back our counties on a local level, we will not affect change on the national and eventually global level. Secure your county and the nation will follow.
*****


Let me start by explaining that we are at war inside America and worldwide. Unfortunately, war is a normal part of the human continuum. This is not yet a war in the conventional sense, fought with guns and bombs (at least, not on our shores). The war we are fighting and have been for decades is for control and security of right where we live in America—in our counties. The county (or county equivalent for those who use different terms in America), is the foundation of America. Secure your county and the nation will follow.

When the Founding Fathers penned the Constitution and created the government and the structures that would form the Republic, they did so to return power to the people and to cast off the yoke of oppression. The goal was to oppose tyranny, to enact democracy, and to create and protect a society that held the principles of freedom and liberty at its very core. The ambition was simple, the structures rigid, and the public will infallible. The fight for American independence, however, did not end when the British Empire was cast away and the greatest nation on God’s Green Earth was born.

This was when it began. In the centuries since, the citizens of America have been engaged in warfare, internal and external, to protect these United States of America. In the American Civil War, liberty was defended through military means, and the Union was solidified.

Since then, the weapon of choice of the high priest of the Deep State has been societal control through incrementalism. They have been relentless in their drive to incrementally and innocuously strip, chip, and contain the citizen. Guns and bombs have given way to control, influence and power, and the war for our freedom and liberty is, to the uninformed, invisible. But when you know how to spot it, suddenly you begin to see it everywhere.

This war has two combatants. The first of these is the Deep State: a seditious group of political and nonpolitical actors using the media, globalism, politics, and mass psychosis to control and sway the citizens of the United States.

On the other side, there is everyone else. I had approximated the split to be 80 percent everyone else and 20 percent in the Deep State camp (the Rasmussen Numbers previously cited were 84/16, so I was low). What I urge all is that we are the majority, so let’s start acting like it: the citizens of the US, and therefore, by proxy of the immense global influence of the United States, the citizens of the world. Let me make it clear, the Deep State is not a strictly American phenomenon, it’s a global cadre of elitists whose sole purpose is to control and monopolize the world, enacting a form of modern slavery that subverts itself into global consciousness, making it nearly impossible to resist.

But resist it we must, and we need to do it using the same tools that they are using to enact their control and exert their influence. We need to take back control using the tools and the apparatus that our Founding Fathers gave us: our Constitution and our Democracy.

COL (Ret) Mills has had an immense impact on a number of significant national security events over the last 40 years, from the Cold War, Peace Dividend, War on Terror, World in Chaos, and now, the era of the Great Power Showdown and the battle to save the Republic.  This service has been both in uniform and as a senior civilian for the Department of Defense and service with the National Security Council at the White House.

John is a part of the Center for Security Policy, Committee on Present Danger China, an adjunct Professor for a major University’s Graduate Program for Cybersecurity, and a regular Op-Ed writer for the Epoch Times.