Hillary Clinton Says She Will Not Be Running in 2024 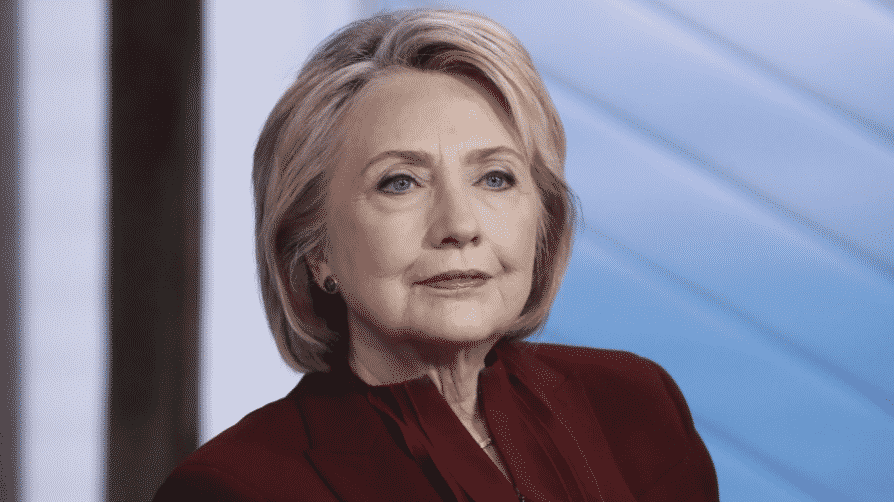 Former secretary of State and Democratic presidential nominee Hillary Clinton said during an interview on Tuesday that she will not run for president again following her two failed attempts in 2008 and 2016.

Clinton said when asked by "CBS Evening News" anchor Norah O’Donnell if she would ever run for president again, "No, no, but I’m going to do everything I can to make sure that we have a president who respects our democracy and the rule of law and upholds our institutions."

According to recent polling, Trump, who defeated Clinton in the 2016 presidential election, has a good chance of clinching the Republican nomination for 2024.

Clinton added that former President Donald Trump "should be soundly defeated" if he runs again adding, "It should start in the Republican Party. Grow a backbone. Stand up to this guy." She added, "And heaven forbid if he gets the nomination, he needs to be defeated roundly and sent back to Mar-a-Lago."

Clinton has previously stated that she would endorse President Joe Biden if he runs for reelection, saying that he would be "the person most likely to win."

During the interview, she accused Trump of leading a "seditious conspiracy" against the US government in the events leading up to the riot at the US Capitol on Jan. 6.

"You know, I was the secretary of state. I spent, you know, many days on airplanes, flying from place to place, encouraging people to have a real democracy. And one of the hallmarks of a real democracy is the peaceful transfer of power.”

"Was I happy when I beat Donald Trump by nearly 3 million votes but lost the Electoral College? No, I was not happy. Did I ever for a nanosecond think, 'I'm gonna claim victory and try to get the Democrats to refuse to certify the election?' No."

However, during the Trump administration Clinton repeatedly referred to the president as an "illegitimate president," and continued to regurgitate claims of Russian meddling in the elections

She also dismissed comparisons between her use of a private email server while serving as secretary of state and the recent discovery of classified materials found during a raid of Trump’s Mar-a-Lago home, claiming the two situations are "really different" from each other. "I think it’s a really different comparison to what’s going on here. It appears that the Justice Department and the FBI have been incredibly patient, quiet, careful until they finally apparently thought that national security was at stake."

"[Former FBI Director James] Comey admitted he was wrong after he claimed I had classified emails. Trump’s own State Department, under two different Secretaries, found I had no classified emails. That's right: ZERO," she continued. "By contrast, Trump has hundreds of documents clearly marked classified, and the investigation just started. I’m more tired of talking about this than anyone, but here we are."

Clinton tweeted earlier Tuesday. "I can’t believe we’re still talking about this, but my emails… As Trump’s problems continue to mount, the right is trying to make this about me again. There’s even a ‘Clinton Standard.’ The fact is that I had zero emails that were classified."