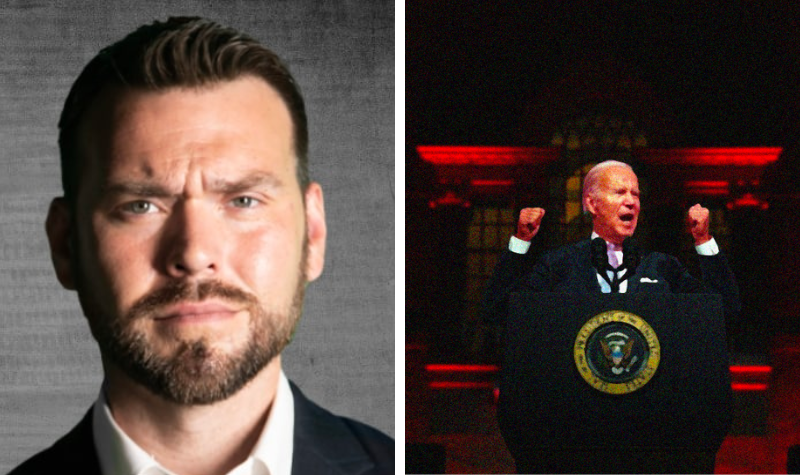 On the Thursday episode of Human Events Daily, host Jack Posobiec discussed how the Biden administration and Big Tech were collaborating and holding weekly meetings to suppress and censor free speech regarding Covid and the vaccines.

Posobiec writing with The Post Millennial Editor-in-Chief Libby Emmons broke the story on September 1, publishing copious details on how 11 federal agencies, under the Biden administration's strict guidance, pressured the biggest social media companies, including Twitter, Facebook, Instagram, YouTube, and LinkedIn, to actively censor information the government did not want to get out concerning, as Posobiec noted, "Covid-19, vaccines, Fauci, anything to do with the pandemic.

Reading from pages 171 and 175 Posobiec said that the government with Big Tech, "they targeted the military. They targeted people who were losing their jobs over not wanting to take this vaccine."

"They were holding weekly meetings to determine what should be censored," he added.

The details came as a result of discovery in a lawsuit brought against the President of the United States and his Department of Justice by Attorney General of Missouri, Eric Schmitt. Schmitt is joined in the brief by the New Civil Liberties Alliance and the Attorney General of Louisiana.

The material in total is over 700 pages long and "All of this is completely illegal. All of it," Posobiec said.

The Biden administration actively worked to censor stories of high engagement on social media ranging from citizens refusing the vaccine to the side effects they were experiencing and many more topics along the way.

The government officials and social media platforms worked together to remove "misinformation" reported from women about peculiarities in their menstrual cycle after taking the Covid vaccine. It was later confirmed that the vaccine did have an impact on menstruation.