POSOBIEC: ‘My family prays the Rosary every day. This is who we are, this is who we’ve always been, and we are never changing that.’ 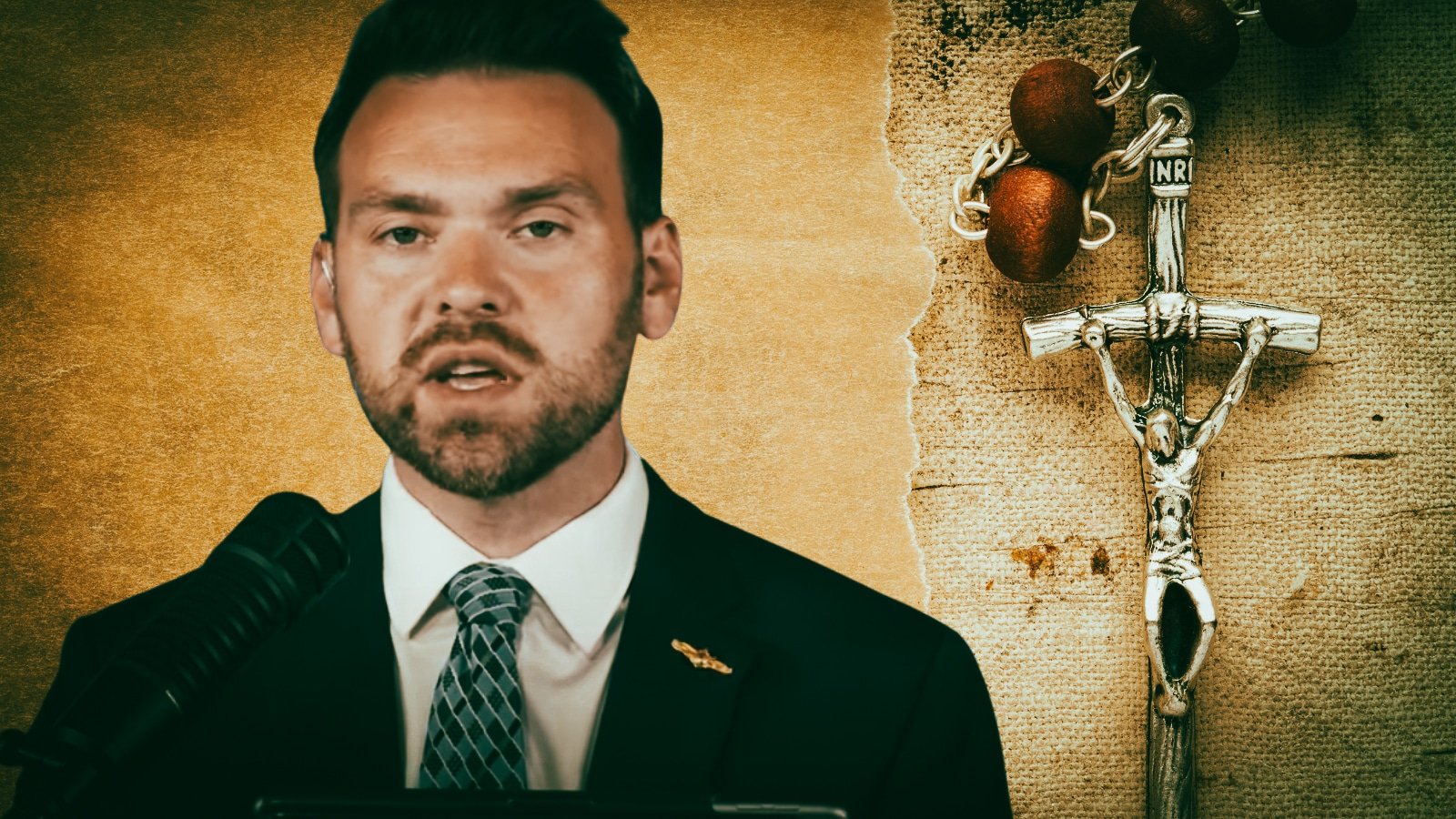 Human Events Daily host Jack Posobiec slammed The Atlantic over its recent article that criticizes the centuries-old idea that the Rosary is a weapon that can be used to fight evil. He compared The Atlantic's coverage of so-called "extremism" in Christianity with its silence on issues of extremism in Muslim communities, following the stabbing of novelist Salmon Rushdie in west New York last week.

"Rushdie's a novelist, a British-Indian novelist, he wrote a book called the Satanic Verses. He included the prophet Mohammad as a character in various parts of the novel and because of that a fatwa was issued against him and Islamic militants, particularly Shias out of Iran have targeted him for death for years, since the 1980s," said Posobiec.

Posobiec then reads from an article written by Post Millennial Editor-in-Chief Libby Emmons for Human Events: "It's obvious based on the Atlantic's ethos that they would only dare take aim at Catholics and Christians for their faith, any other religion despite beheadings, honor killings and ethnic hate get a cultural pass. The Atlantic writes this hit piece on Catholics knowing that the Department of Homeland Security recently advised Catholic churches that they were in danger from pro-abortion extremists.

It continues: "Salman Rushdie was stabbed over a decades-old fatwa against him for writing a book Islamic clerics believed was blasphemous. A Texas father murdered his two daughters because they were dating Americans. But for The Atlantic, the problem is Catholics upholding a symbol of prayer as a symbol of prayer."

Posobiec went on to read passages from the Atlantic piece:

"The AR-15 is a sacred object among Christian nationalists, and the rosary has now acquired a militaristic meaning for radical traditional, or radtrad Catholics."

"On this extremist fringe, rosary beads have been woven into a conspiratorial politics and absolutist gun culture. These armed radical traditionalists have taken up a spiritual notion that the rosary can be a weapon in the fight against evil and turned it into something dangerously literal."

"You do understand that when people say the Rosary is a spiritual weapon, they mean in terms of spiritual warfare, they don't actually mean running up and hitting people with their rosaries," said Posobiec.

"It's very clear what they're doing. It's very, very clear. And so, if I may take a page out of Steven Bannon's book and go medieval," said Posobiec, before reciting the Lord's prayer, Pater Noster, in Latin.

"You're not going to stop us. I pray the Rosary every day, with my family, once by myself, pray with my kids, and say it on Sundays when we go to church. This is who we are, this is who we've always been, and you're not changing that," said Posobiec.